While Indian CIOs are not new to corporate America, the trend now percolates down to medium and small companies 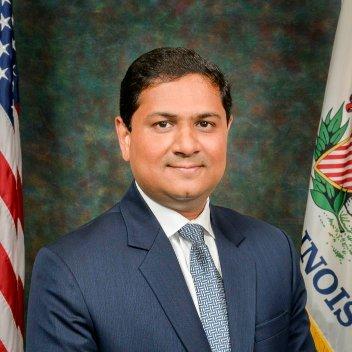 Unlike those of Satya Nadela and Sundar Pichai, their appointments do not make headlines in mainstream media. But CIOs of Indian origin seem to be hot favorites of corporate America. There is a definite surge in appointments of Indians—most of them first generation migrants—as CIOs. This challenges the perception that Indians are preferred only for technical, nuts-and-bolts tasks. American CIO has already moved from being a nuts-and-bolts guy.

The last six months have seen a series of Indians being appointed as CIOs of American companies. Though Indians as CIOs of American companies is not an entirely new phenomenon—close to 5% of Fortune 500 CIOs are Indians, according to CIO&Leader estimates—what makes the recent appointments noteworthy are two factors. One, it tends to suggest that the trend is accelerating. Two, the appointments are not restricted only to the large corporations or particular sectors. For example, the IT industry itself has a lot of Indian CIOs, partially because of large share of Indian employees in that industry. The proliferation of the trend to mid-sized companies suggests mainstreaming of the trend. The appointments in the last few months have seen Indians being entrusted with CIO jobs in large companies, medium-sized firms, non-profits and even government.

In April, TIAA-CREF, a Fortune 500 retirement provider appointed Rahul Merchant as the EVP and CIO. Merchant has served, among others, in CIO-CTO positions in Fannie Mae and Merril Lynch. Merchant is a first generation American Indian and an alumnus of University of Mumbai. AIP Aerospace, a large systems and engineering services provider to aerospace companies, appointed Rajesh Kasaraneni as CIO. Kasaraneni, like most CIOs in this list, is a first generation American Indian and is an alumnus of Gulbarga University.

In June, KeyPoint Credit Union hired Ajay Kumar as the CIO.  A former executive of Visa, Kumar is a first generation immigrant and is an alumnus of Kanpur University and University of Mumbai. Around the same time, Akash Khurana was hired by engineering giant McDermott as its CIO. Khurana, an alumnus of Pune University, moved to the US in 1998, after starting his career in New Delhi. He has served in Fortune 500 companies such as GE, Best Buy and Baker Hughes.

August saw the appointments of Jig Patel as the EVP and CIO of UMB Financial Corporation, a midsized financial services firm. Patel has served in both sides—as CIO as well as in the industry. Manish Tomar was also appointed as the CIO of professional services firm Grant Thornton America in August.  Tomar switched to corporate side from IT services. He served in various positions at CSC. Apart from these, there were a few other small-sized companies who appointed Indians as CIOs.

This month saw the appointment of Vinod Nair as the CIO and VP, IT at Milgard Manufacturing, a division of Masco Group, a large manufacturing company. Nair is a B Tech from College of Engineering, Thiruvanantapuram and moved to the US after starting his career in India

But the most notable CIO appointment was that of Hardik Bhatt (in the picture above), who was appointed as the CIO of the State of Illinois.  Bhatt served as the CIO of the city of Chicago between 2006 and 2010, before joining Cisco to work in the company’s smart city initiatives. He returns to the government sector and a CIO role when smart cities are becoming the norm. Bhatt is an alumnus of MS University, Baroada.

The series of appointments of Indians as CIOs of American companies is surely not an aberration. What remains to be seen is whether the percolation of the trend to small and medium companies continue.