MAP: An Approach to Maximize Value of IoT Investments

Immediate efficiency gain in a process is just the beginning. With right analytics and IoT, a system can be turned effectively to a learning system. A smart city into a smarter city 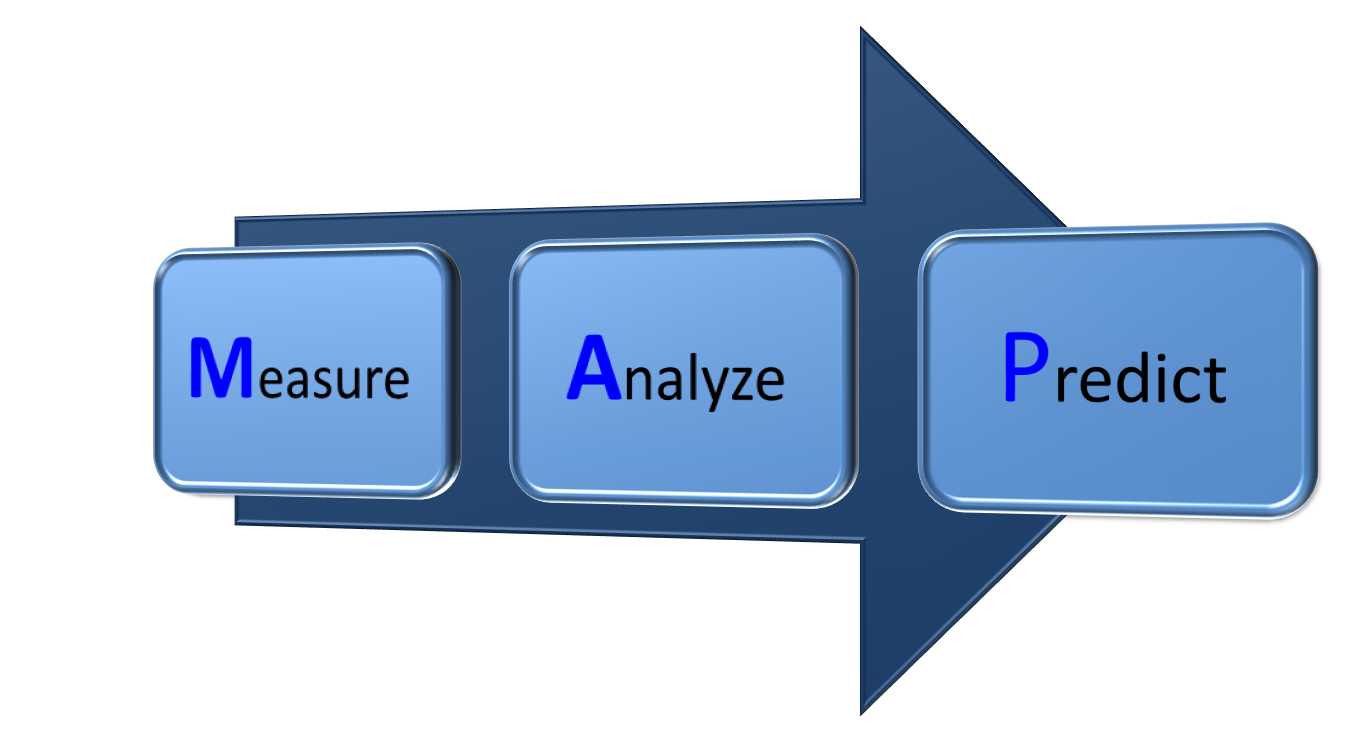 Wikipedia defines the Internet of Things (IoT) as the network of physical objects or "things" embedded with electronics, software, sensors, and network connectivity, which enables these objects to collect and exchange data. The ITU definition is somewhat more formal. It defines IoT as a global infrastructure for the information society, enabling advanced services by interconnecting (physical and virtual) things based on existing and evolving interoperable information and communication technologies.

Like all formal definitions, both these adequately address what IoT does; i.e the necessary condition. They do not go into what IoT is capable of doing; or more correctly, what we can achieve through IoT.

The description “enables these objects to collect and exchange data” and “enabling advanced services” are basic functionalities of IoT. In that sense, they are the first steps.

It is not surprising that the definitions are focused on what IoT immediately sets out to achieve. By removing human intervention and enabling direct communication between machines, IoT brings in a huge leap in system efficiency. The efficiency gain in good implementations is so dramatic that many take that to be the ultimate value of IoT.

In reality though, that is just the logical first step. Even in early days of IT, efficiency achieved through automation was considered to be the ultimate gain from IT—so impressive was that gain. It is only after some time that the value of analyzing that information was realized. For all the big claims, analytics is still evolving as a serious value creator.

With so much focus on big data and analytics today, IoT need not remain isolated from it. The true value of IoT would not be achieved by just “automating” the processes to gain one-time gain in efficiency. To maximize value, IoT should be seen as a tool that will create a sustainable model for efficiency enhancement.

This can be possible by systematically marrying IoT or M2M technologies with analytics. Here’s a suggested three-step approach: MAP. MAP stands for Measure, Analyze, Predict.

The very basic task that most IoT applications try to do is to capture and measure some information: be it heartbeat or temperature, air quality or electricity consumption; parking availability or amount of light. Today, the approach is to capture that information efficiently, pass it on to another system/sub-system that will take an action on it without human intervention. The result of that specific, often immediate and automated, action is considered to be the gain from IoT.

But this is just the first step: Measure.

Beyond the immediate action taken based on automatic M2M systems created for water quality management process in a city, this analysis can give valuable medium term action points to the civic authorities.

This is the step that roughly corresponds to our second step: Analyze.

This information, when studied in relation to other data such as temperature, air quality, time of the day, rainfall etc and over a period of time, may actually show up gaps in process and system and even predict trends. Over a period, ability to do that effectively would help in modifying the process, the system itself and even induce policy decisions.

This is the final step of our three step process. We call it Predict.

These three steps are not radically new ideas. They are aimed at streamlining every system to make them a learning system. The first step is to gather information, the second is trying to learn and the third is to articulate that learning so that the next set of decisions is taken with more knowledge than the previous set of decisions.

Such a learning system has two advantages. One, as it evident from the explanation, it creates a sustainable model for efficiency gain. Two, once in a while it may give radically new insights which may provide a basis for disruptive positive change, but through human intervention such as system change decisions or policy changes.

As we embark on the IoT journey, India has a favorable environment. Since the basic building blocks of the smart cities that are top on the government’s agenda are IoT technologies, it will have a positive impact on IoT market that will benefit other users too. On one hand, the cost will come down. On the other, there will be a faster percolation of skills. Both are important prerequisites to growth of a new segment.

MAP is a logical approach to derive long-term value combining two of the hottest technology trends of our times: IoT and big data technologies.