Is mobile banking becoming a strategic differentiator, once again?

With a huge youth segment sitting to tap banking in the next few years, a few banks see mobile could be a differentiator 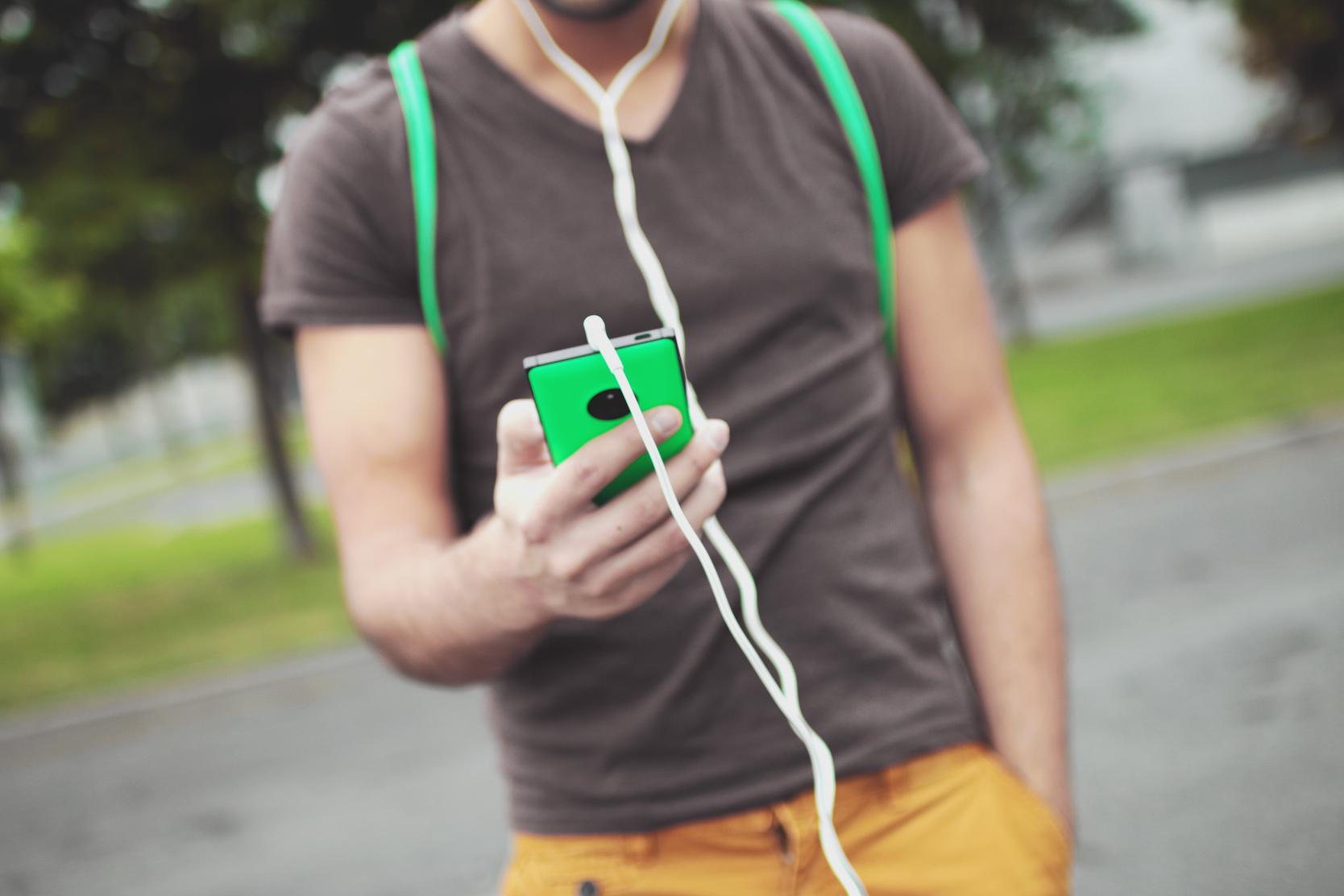 With ubiquity of mobile devices and the recent explosion in penetration of data-enabled phones, mobile banking is becoming a standard offering for banks globally. India, now the second largest base of mobile phones in the world, is quite predictably, witnessing similar trends.

However, the approach to mobile banking so far has been two-fold.

One is a hygiene approach: of using yet another widely available channel to make banking available to existing customers. This has largely been driven by me-too approach.

Two—and this is where most of the current thinking is focused at—is how to use this strategically to reach out to newer customers—who are currently unbanked. With a lot of push from the government and RBI, this—popularly known as has become part of the agenda for most banks. Very few have taken to it zealously. For most, it is about complying with RBI mandate.

Take HDFC Bank, considered by many as India’s best run bank (it recently won FinanceAsia’s Best Asian Private Bank award). In March 2104, the last month of the FY 13-14, ICICI Bank was India’s No 1 mobile bank with a monthly transaction value of INR 7.8 billion, while HDFC Bank’s mobile banking value totaled close to INR 7 billion. Fast forward a year. By March this year, HDFC Bank’s monthly mobile banking business had grown a staggering nine fold to top INR 60 billion (yes, in a single month), leaving ICICI Bank far behind. To be sure, it is not that ICICI Bank had a sluggish performance. Its monthly mobile banking business too had grown more than three-fold—super-impressive by any standard. But that was not enough to match HDFC Bank which had charted a mobile path for itself. And its Digital Banking business chief has reiterated that the strategy is well in place. By next year, he said to media persons on record earlier this year, that mobile banking will “overtake Internet banking”. Well, he may be referring to volume of transaction, which was less than one-sixth of the outward NEFT transactions in HDFC in March this year, but that too would be a humongous jump. 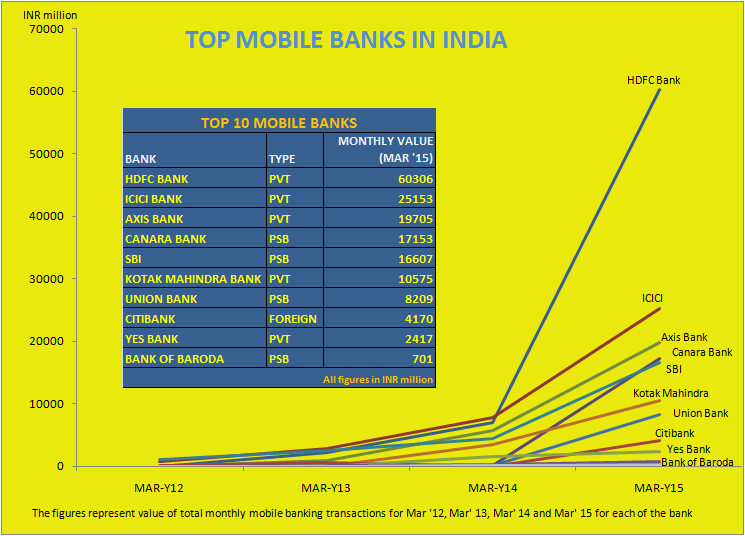 To be realistic, 2013 is when it took off. So, those growth figures may look a bit fantastic. But the growth continues, even now. Between the two years 2014 and 2015, as stated above, while HDFC grew nine-fold and ICICI Bank more than three-fold, across the banking industry, mobile banking grew five-fold—from INR 34 billion to INR 169 billion or US$2.7 billion. 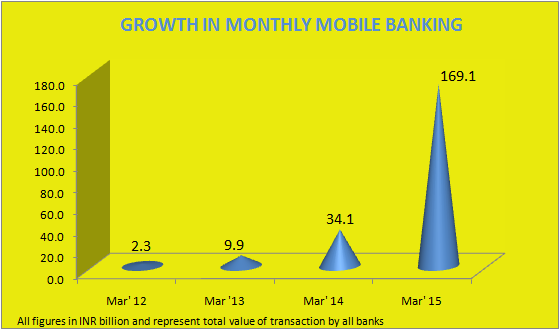 Even as mobile banking witnesses explosive growth, few banks are trying to leverage the trend to disrupt the pecking order. HDFC Bank is not alone. Take Canara Bank. It is not among the five largest PSU Banks in India in terms of asset. But when it comes to mobile banking, going by March 2015 figures, it is next only to three large private banks—HDFC Bank, ICICI Bank and Axis Bank—and ahead of the much larger SBI, which is also known as a fairly tech-savvy bank among the public sector banks. Union Bank of India, not exactly known as a leader in tech usage, has emerged as a top mobile bank. 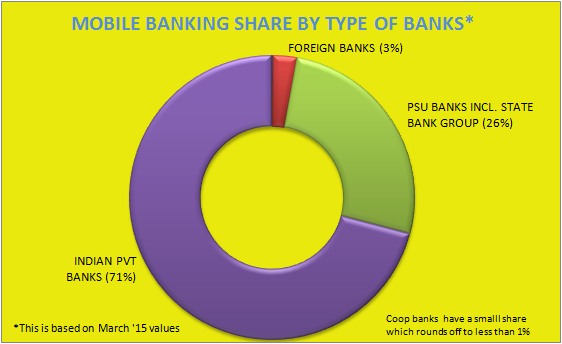 Mobile will once again be in limelight as the new payment banks and the newly approved small finance banks make their debut. But that will be mostly for growing fast in newer locations. As seen from the chart, the leaders in mobile banking here seem to be the urban-focused new private sector banks.

Why are they so gung-ho about mobile banking? The new rural unbanked population is not exactly their target segment in the short to medium run, at least.

So, what exactly is their incentive?

The move to Internet banking was driven primarily by India getting digital. Similarly, a shift to mobile data usage is expected to see a rise in usage of mobile banking. That is the hygiene reason for this mobile thrust by banks. However, the added focus on mobile banking by some urban-centric banks is driven by a strategy to penetrate deeper into a segment: youth. India has one-fifth of its population in the age-group of 5-14. That’s a staggering 250 million. Though some of them may have bank accounts, most are expected to sign for banking services in the next 10 years. This generation is completely hooked onto mobile and is expected to do everything mobile. A fancy mobile app with social media integration is a fairly reliable way of tapping into that segment.

We have seen how the focus of technology deployment has changed in banks with the shift from branch-centric to Internet-centric models. With the mobile-as-an-extension-of-Internet strategy receiving a jolt, we may see new paradigms in banking technology deployment, driven by mobile banking as the core banking model.

Some banks seem to have decided to bet on this imminent change a bit earlier than others. 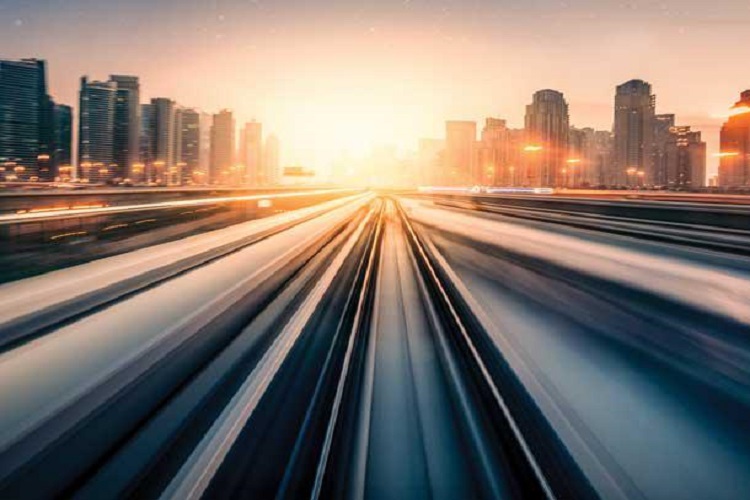 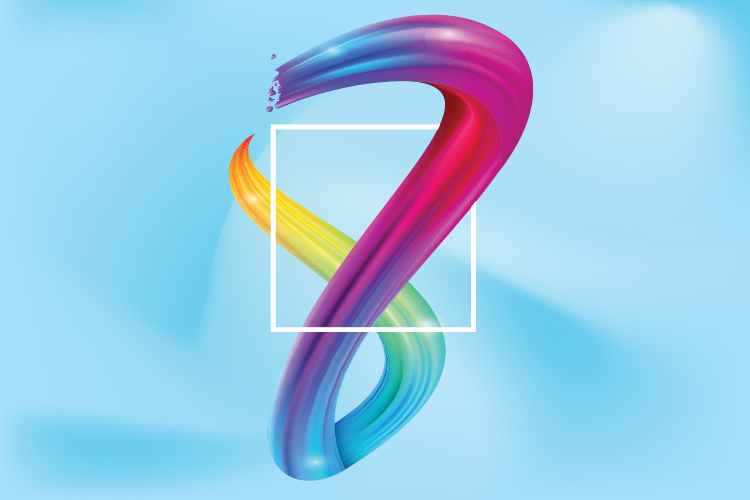 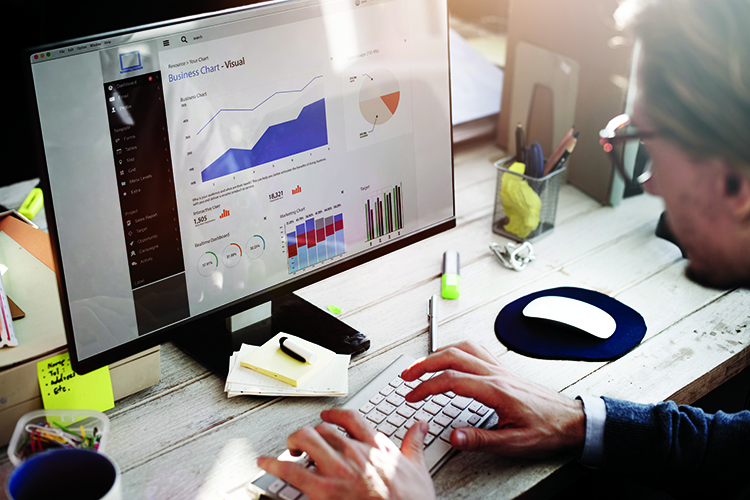 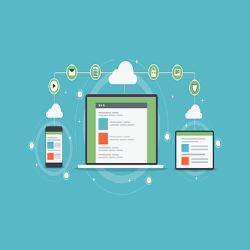 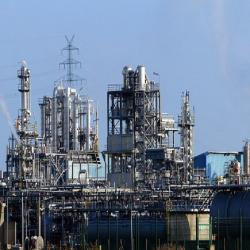