India's smart cities initiative started as one big attempt to correct all that is wrong with India's urban management. But a few stakeholders have taken to it just in letter, not in spirit 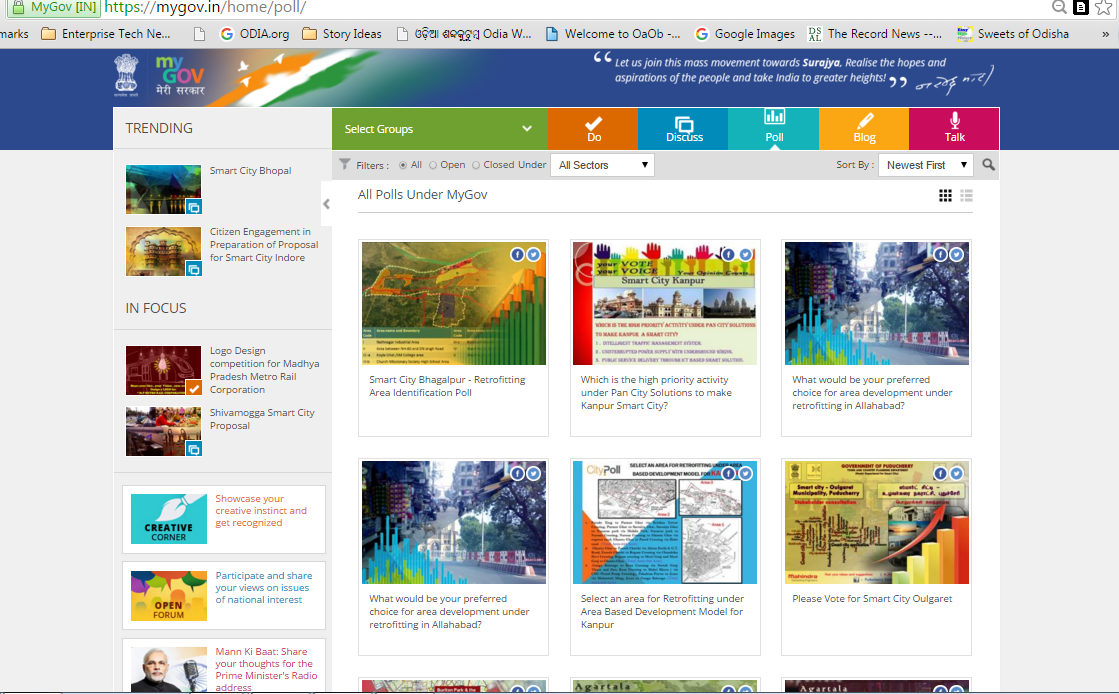 There can be no double opinion on the crying need for drastic improvements to India’s urban infrastructure. With the world going towards new ICT-technologies and analytics to meet growing urban challenges, the current NDA government launched a high profile smart cities initiative, quickly after assuming power. Apart from the intention and vision, the high profile marketing around it, associating the prime minister’s name—as is common in all the new  plans of this government—was also hailed by many, as it would help generate a lot of interest among common citizens. PM Narendra Modi, right from his Gujarat days, has always emphasized on turning every government initiative to a mass movement.

However, unlike Swachh Bharat and Jan Dhan Yojana, where citizen sensitiveness is core to their success, much of Smart City roll out is highly complex project implementation, where problem solving is the core challenge.

And do not be in any doubt; unlike Swachh Bharat, the citizens will not be able to provide a large part of the solution; they can, at best, provide a helping hand. Much will have to be done by the government/civic authorities.  If that is not enough, much of the core problem is not always understood; often only symptoms are known.  And most of the solutions that are tried are point solutions to localized symptoms.

Smart City rollout—even if you ignore the more visible and high profile ICT part—is the first time most urban bodies and government will look at meeting urban challenges in an integrated manner, of course, with some tried and tested applications to beginning. These low hanging fruits—such as smart electricity meters—will not just solve a long-standing problem but they will also act as confidence building measures, as their impact will be seen comparatively faster. That is an important requirement in any such long-term project.

But somewhere on the way, what has also happened is that the rollout has come to be seen as a kind of competition among cities. Right from the competitive method of city selection which the government announced initially—though it was not really implemented—to the India Smart Cities Challenge which is underway now, where there is a three-phase competition approach to award best proposals based on certain parameters, the government has made it fairly competitive.

It has its positives. There is a corporate-like approach. But without systemic changes, this approach has often become more in letter than in spirit. The large vendors who see it as huge opportunity—probably the biggest exercise of its kind anywhere in the world anytime in the history—are fueling that feeling by pushing the implementing authorities to act faster (and close deals sooner).

Take the citizen feedback component that the government has built into smart city proposal development. It is an excellent approach. For the first time in the history of independent India, the authorities have actually gone to citizens asking their opinion. You may find a couple of instances of state governments doing that, but the civic authorities who should actually do it every day, have rarely done it.

The feedback is being taken both through offline and online modes. The online polls are centralized in mygov.in site while offline surveys are being done.

The mygov.in site has not provided sample size and any info on the profile of respondents in the of polls; so, one is not sure how much importance is being given to the results of these polls as inputs to finalize smart city priorities.

But if the polls have large enough relevant sample, then the feedback could have really helped develop priorities and plans for cities. But looking at the polls, it seems the authorities have just wasted a great opportunity.

One, the way questions have been asked by some city authorizes leaves much to be desired. How many citizens  would know what a “multi-modal integrated transport system” is. Was any awareness campaign done—online and offline? Online campaigns could have been done by the central authorities themselves.

Two, some authorizes have asked multiple similar sounding questions in multiple polls. Take Warrangal. One poll asks: Which of projects we should consider as high priority to make Warangal as a Smart City? In another, the question is:  Which of the following options according to you need high priority attention to transform Warangal in a Smart City? While waste management gets a thumb up as top priority in both, the next priorities are different in different polls. In one, corridor improvement and sewerage system get the votes; in the other, renewable energy and transparency that people have chosen as the next priorities after waste management. So, what should go to the planners as people’s voice?

Three, despite the ideas and choices emerging from a single agenda—circulated by the centre—most authorities have their own worded questions. Uniformity may not be a stated objective, but any researcher knows how dependent the responses are on the way the questions are worded. Some have asked for selecting simply “priorities”, some “features”, some “fields”, some “activities” and some even “projects”.

Take, for, example, the Oulgaret, Puducherry poll. It simply asks: select your priority in pan city. For the same input, the Warrangal authorities ask: which of the following options according to you need high priority attention to transform Warangal into a smart city?

But these are still not the bigger problems. That is something else: the way authorities have rushed to create the polls. Looking at them, it is clear that for many—there are honorable exceptions—it is about conforming to a checklist. One hopes one is wrong on this conclusion; but if that is true, it defeats the whole purpose.

Though there is a lot of talk on the federated “decentralized” implementation, most states still behav like passengers, rather than  drivers—as we saw in the previous regime’s NeGP rollout. Ironically, it is Modi’s Gujarat that was way ahead of the other in NeGP implementation. By the way, Gandhinagar, whose online poll is not available in the mygov.in site, is several steps ahead of others in smart city implementation. Industry sources say, they have gone ahead with EoI.

Smart city rollouts are for citizens. If the government has decided to involve them from day one, it is a great approach.  But then, it should be implemented in both letter and spirit. Ideally, an awareness campaign followed by qualitative surveys—political parties from BJP to AAP to JD(U) now know the effectiveness of this approach—should have been used to create the priority shortlist before going for close-ended polls.

At this stage, the questions are many. Has the competitive approach backfired, as stakeholders are not yet ready for it? Is the decentralization only a slogan? And if the central government is serious about decentralization, are the civic authorizes ready for it? A bigger but related question is: should a different approach such as a tripartite arrangement among a central agency, the concerned authorities and a commercial party, would have been a better approach? Are the smart cities for citizens or for showcasing to the world?

Although govt intension is

Although govt intension is right but inorder to expidite process they made a very big mistake during consultants selection for assiting cities to develop smart city proposal. In hurry govt has not defined selection criteria correctly and end up selecting consultants who has no past experience in smart. Most of consultants are urban planning consultants with no/little exp in smart cities. So the proposal which is suppose to select initiative to make city smart is going to a big failure.