You need to use APIS internally before you can share them

Sangeet Paul Choudary is a leading thought leader on the platform business model. Author of a book, Platform Scale and co-author the forthcoming book Platform Revolution, he is the founder and CEO of Platform Thinking Labs. Also the co-chair of the MIT Platform Strategy Summit at the MIT Media Lab and an entrepreneur-in-residence at INSEAD, he has recently been nominated to the Thinkers50 Radar list for 2016. He speaks on the platform model and how it changes the role of technology within the enterprises 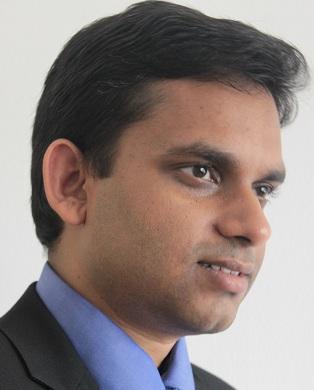 Platforms have been there for some time. What’s new?

Technology for long time has been a support infrastructure for management of information within the enterprise. Now, technology is moving into creation of new business models. We understand it intuitively but this is happening in a very specific way that is changing the design of business models.

That is what I call the shift from pipes to platforms. Over the last 5-8 years, we have seen this happen with startups. New companies have come up, companies that have never been pipes. What we are seeing now, in the last two years is that the traditional pipe companies have realized that they need to shift in this direction because the efficiency of this model is just too high.

So, the theme that I believe is becoming increasingly important is how these traditional pipe companies can start becoming platform companies.

How does the role of IT change?

Role of IT changes in multiple ways.

If you look at enterprise IT, there are multiple components. One is the infrastructural IT. That will continue to be there. This is about what Gartner calls two-speed IT, where they say the infrastructural IT will continue to be there but a new form of IT will come on top of it. The new form of IT has so far been described as being more nimble and being more agile. So, a lot of discussion is centered around the “how” of this IT—the traditional IT was monolithic; the new IT will be agile.

What, however, is important, is that the “what” of this IT will change too. The focus of this IT, the role of this IT—all that will change. Infrastructural IT will be directly be involved in business processes and in creating business value. When I say that, there are certain specific things that become very important.

Now, what some companies have been missing today, is that they are trying to go to Step II and and trying to become Faceboook or Uber or Airbnb without solving Step I. The challenge is that a Facebook or a Google or a Uber never had to solve Step I.  They already started with a common API based uniform language. That is where a lot of enterprises are failing.

CIOs first need to ensure that their infrastructural IT itself starts using a common language and a common standard. Then use that to extend to a more open business model where they start becoming a platform and open it to partners who come and contribute. What is important here is that this opening of technology does not have to be about opening for developers. Even if there’s any content that comes from outside, you need to standardize that. An organization that does not have that cannot build a platform.

One of the things that you say here and you mention in the Platform Manifesto is the importance of data—data is the new dollar. It’s understandable for a telecom or a banking company. How does it apply to, say, a traditional manufacturing company, which has taken to IT but purely for automation and efficiency gains?

That’s a very good question. Yes, when you talk of heavy industries, technology’s main role has been automation and efficiency gains. But if you look at what is happening with companies like GE and John Deere, they are moving from selling products to selling outcomes. For that, you need to have data.

But what I really mean by data is the new dollar is something extremely specific. In a traditional organization, your controls and your accounting was centered around dollar accounting. You just cared about how much dollar was coming in and how much dollar was going out for each activity.  But if you want to create industry-wide platforms and build ecosystems around them, then you cannot just care about how much money you are making but whose data you have, how much data you have, how attractive is that data going to be for other partners to come on board, because that will determine the future defensibility of your business. So when I say data is the new dollar, what I mean is that when you are evaluating businesses, do not just evaluate them for how much money they are bringing in but also account for data. This is going to be very important in large conglomerates. Say, there’s going to be one division that is going to bring in a lot of money; but there’s another division that is going to get a lot of data which will help in attracting partners. In that case, we should have a way for knowing what the moneytizable value of that data is so that we can appropriately account for that business unit’s success.

This whole aspect of data accounting is something that data analytics has not really looked at. So far, it has looked at this is the data we have and what insights, intelligence we can get out of it and whether we can make money out of it, whereas data accounting is saying that some part of your company may just be there to get more and more data; they may not be creating any revenue. Most of Facebook is about getting more and more data and one small division is focused on moneytizing that. So, you need to have a way to determine the moneytizable value of the data.

How does the role of CIO and enterprise IT change? Does it change at all?

There is one or two ways in which this shift will change the CIO organization. One is, traditional role of CIO organization has been heavily focused on cost cutting. Now, it is moving to finding revenue models.

That is where the moneytizable value of the data that you capture becomes important. The CIO organization in itself will not be creator of the new revenue but they are going to be the steward of the data that comes in and is leveraged in different ways. So, they need to know how this new data-based business models lead to moneytization; lead to revenue. So, some organizations are creating a new role of it—the chief data officers.

Whether we call it the CDO or the CIO, that shift—the focus shifting from infrastructure to business, revenue creation—is already happening. But there’s the routine part of that role that we see all the time—the management of privacy, management of data stewardship, things of that sort.

But the real value of the CDO comes in identifying new business models that will stem from ownership of data.

You also say algorithms are the new decision makers. What does that mean?

When I say that, I give the example of Uber as one of the best examples. Till five years back, we saw algorithms replacing jobs that are highly repetitive. But what is new now is that algorithms are not just changing repetitive jobs, they are replacing intelligent jobs which are the kind of jobs that typically middle management does. Let me explain. The role of middle management in a traditional economic sense is very simple—it is about allocating the right labor and resources to the right processes.  If you look at Uber, it is essentially taking the right resource and right labor in form of drivers   and  cars, and allocating it to the right processes, which is the request for a ride.

That’s a very simplistic view but it helps illustrate what I am saying. If you take this to say, mining industry, where everything was manual but with Internet of Things, everything is connected centrally and are creating central platforms that takes decisions about how and when mining has to be done. All those labor and resource allocation decisions are increasingly being taken by algorithms in these industries.

So, what is new is that it is not just repetitive jobs but it is intelligent jobs that are being taken over by algorithm.

Are some of the infrastructural technologies—such as cloud model, large scale deployment of IoT—are actually responses to this change?

Everything that we see leading to the rise of platforms can be attributed to two very basic technological changes.

One is, of course, the cloud. If you did not have the cloud and if you did not have a central processing infrastructure, all of this wouldn’t have been possible. Cloud has been there for a long time. It was not used for decision making; it was used for storage. Only very few things like Google search were handled entirely on the cloud. So, that shift to cloud infrastructure has been very important.

These two have helped platforms a lot because fundamentally platforms are about connecting a lot of people, a lot of things to a central decision making infrastructure.

Of course, third thing is that connectivity infrastructure has become better which goes without saying and that has fueled this whole shift.

In addition to that, there are other layers like artificial intelligence/machine learning that are becoming better.