Why Indian banks need a ‘disruptive’ approach to digital

The large young population in India, already exposed to newer technologies, need to be tapped quickly even as banks continue with their transformative journey. They cannot afford to move the mountain one step at a time. This generation is too impatient. In the first part of the two-series article on new approaches in digital banking, we explore why a disruptive approach is becoming necessary for Indian banks. The second part will explore how it could possibly be done and what some banks are trying out. 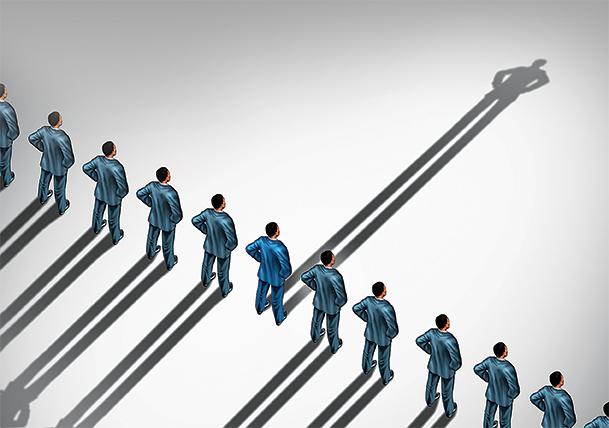 Digital transformation is arguably the hottest buzzword in business today. Businesses from all industries are trying to embrace it—whatever it means to them. Banks are no exception.

Banks, whose core products are fully convertible from ‘atoms’ to bits’, have been at the forefront of applying technology to improve business. Globally, banking and financial services as a vertical still leads IT expenditure among all industries.

But the focus of that technology intervention has largely been in driving system efficiency, by reducing cycle time of transactions and interactions—apart from driving individual productivity, like all other industries. The impact of this intervention has been dramatic in many cases, resulting in huge cost savings and more importantly, enhanced customer convenience. Banking business, for all we know, has been ‘transformed’ from what it was three decades back.

Indian banks, though a little slower to start; have caught up in last few years. Though cost savings have not really impressed the Indian regulator—RBI governor Raghuram Rajan publicly expressed his disappointment about it—customer convenience has gone up visibly.

This, at best, is IT-led business transformation. Whether that can be termed ‘digital transformation’ is still a subject of intense debate. But beyond the nomenclature, what is undisputable is that the fact that efforts so far have been targeted at cutting costs/enhancing efficiency and not really enhancing revenue opportunity. What is more, revenue cannibalization has been observed in certain cases, even though customer satisfaction may have gone up.

Why that has happened is not really mystery. Indian banks have largely followed the way banks in developed markets have leveraged IT.

Going after expenditure alone may be a very viable strategy to create value for banks in developed markets, where growth is sluggish; but it is clearly not enough in an economy that is growing at a rate of 7-8%, where services are growing at a faster rate, and where the largest unbanked population in the world resides.

In short, the bigger value creation still happens on the growth front and not on the efficiency front. Do not be in doubt—efficiency is necessary but unlike in the developed markets, that is not all that matters. Banks have to drive growth. Shouldn’t technology be leveraged for that?

That opportunity is India’s young population. Between now to 2025—that is nine years—a huge chunk of India’s population will need to use banking and other financial services for the first time.

Consider this. India has the world’s largest population between 10 and 24. At 370 million, it is more than US’ total population one and half times that Chinese population in the same age group. They account for 28% of India’s population and will account for a little less than half of India’s addressable consumer base for a service like banking in the next ten years.

And this is where the emerging market hyphenation with countries like China and Russia fail. China, like the developed world, is an ageing economy. What works there and what could work in India could be very different.

As such, even in those markets, the young hardly identify with the way banks position themselves.  A few months back, Scratch, Viacom’s creative consultancy division, that provides insights on the millennials’ behavior as consumers, published what it called the Millennial Disruption Index, which sought to identify industries most likely to be transformed by millennials. The study, though focused on America, offers valuable insights, which, to various extent, can be applied elsewhere too.

The study found that banking is at the highest risk of disruption, among all consumer industries it studied.

Some 71% of 10,000 plus millennials who were studied said that they would rather go to a dentist than listen to what banks are saying. More than half (53%) said their banks do not offer any differentiation; while 1 in 3 said they are open to switching banks in next 90 days. Out of some 70-odd brands that they were asked to respond on, all the four leading  American banks were rated among the least loved.

But what comes as a warning is that 33% said they won’t need a bank in near future and 73% said they “would be more excited about a new offering in financial services from Google, Aazon, Apple, Paypal or Square than from their own nationwide bank.

Indian banks should be even more worried. That’s because their penetration is far less among youth. Two, unlike the American banks, they cannot live with a hostile/indifferent young population. There, it is just one segment; here, it is the biggest chunk. As the data presented above shows, India has got a huge young population and it is they who would be the mainstream customers in near future.

Needless to say, this is where banks have the opportunity to make the big disruption—disruption in their business, by pursuing a path that is very different.

That path—which we call the disruption path—can run parallel to the ‘transformation path’, which many banks have been rightly pursuing, achieving various degrees of success.

The banks—within India’s regulatory framework—can create this parallel path for themselves targeted at today’s young population. Rather than treating them as a user ‘segment’, banks can tailor their service completely grounds up for them, which can run parallel to their existing services offering. In future, as this generation becomes mainstream and the current banking services evolve further, the twain can meet.

This approach is as opposed to carrying everything together—moving the mountain one step at a time.

Take a simple example. It is as difficult convincing a 55-year old government servant in a small town in Bihar to make NEFT payments as it is to convince a college kid to go to a branch and wait for half an hour to withdraw a few thousand rupees. The question is: why even try that? In the next 10 years, the 55-year old would anyway be doing the NEFT transactions happily. But in their time and effort to convince him, the bank would have lost the opportunity to tap a new opportunity with the 18 year old, considering time and resource are not unlimited.

To be sure, banks need not discard the digital transformation that they are pursuing at present. They just need to add a disruptive parallel strategy targeting the young. And digital could be the platform on which this disruption can be tried; hence digital disruption.

(Next part - Taking digital banking to the young: Starting it right)