Security appliances market: Top 4 account for more than half 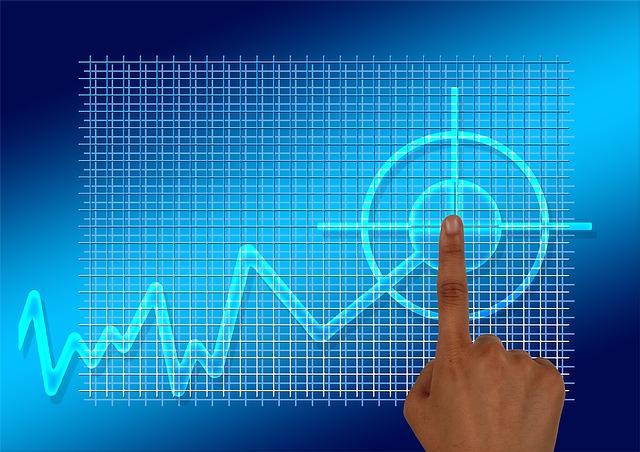 The security appliance market registered eleventh consecutive quarter of growth in the first quarter of 2016 (1Q16), as per IDC. Top four vendors accounted for more than 53% of the market share. The market grew 5.5% year over year to USD 2.47 billion, according to IDC. 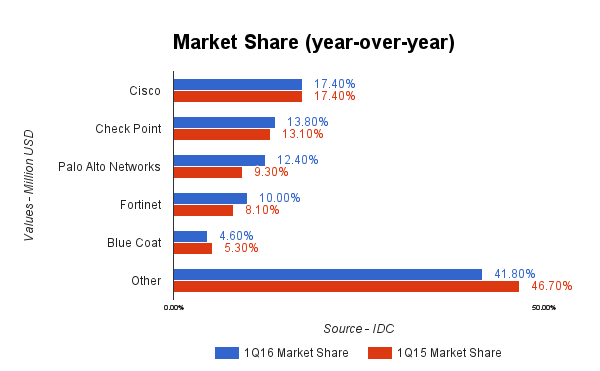 Palo Alto Network was ranked third by IDC with revue of USD 307 million in first quarter of 2016 but it marked the highest growth of 40.9% from last year’s first quarter revenue of USD 218 million.

Fortinet and Blue Coat were ranked 4th and 5th respectively with growth of 29.6% and -0.08% respectively and first quarter market revenue of USD 247 million and USD 113 million respectively. 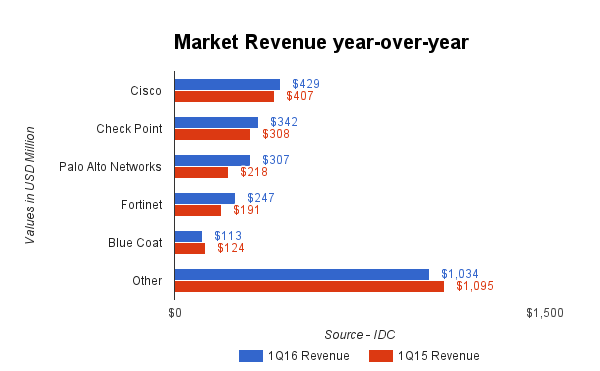 The Unified Threat Management (UTM) category has doubled in size over the last five years and continues to be the major driver for the overall market. For the first quarter of 2016, the UTM market generated USD 1.25 billion in revenues for year-over-year growth of 16.9%.

The Firewall, Content Management, and Virtual Private Network (VPN) categories experienced a slow start to the year with year-over-year revenue declines of 4.2%, 6.7% and 24.2%, respectively. 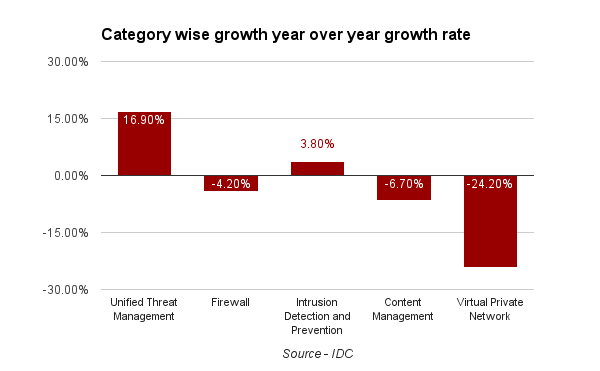 The
market experienced 43% of the total security appliance market revenue globally and is experienced year-over-year growth of 7.3% in first quarter of 2016.
is the second largest region with 21% of total worldwide revenues and year-over-year revenue growth of 4.3%. Asia/Pacific (excluding ) accounted for 18% of worldwide revenues and showed a slight decline of 0.9% compared to the same quarter of 2015. 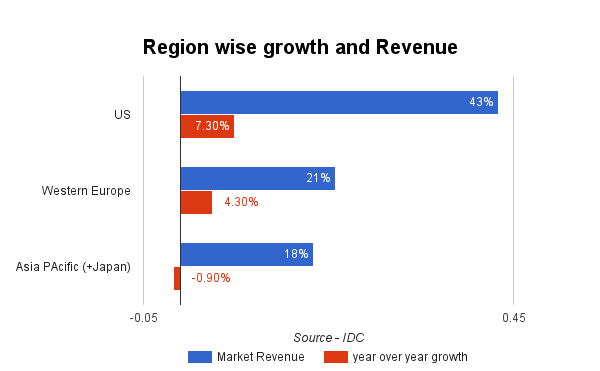