Number of internet connected devices to grow 3X number of population by 2020: CISCO

Business Internet traffic will grow at a faster pace than IP WAN, Middle East to grow fastest and Asia Pacific to have largest volume. Mobile traffic to have the highest growth in business and surpass global IP traffic by 2020

Annual global IP traffic will reach 2.3 zettabyte (ZB) by 2020, from already 1.1 ZB (equivalent to one billion gigabytes) per month in 2016 as per CISCO’s Visual Networking Index 2016. A considerable segment of IP traffic will be generated by a relatively new section called, ‘connected device’. The number of devices connected to IP networks will be three times as high as the global population in 2020, as per Cisco report. As per the report, 3.4 devices per capita will be networked in 2020, up from 2.2 networked devices per capita in 2015.

The highest growth will be shown by smart phones followed by machine to machine connections with 58% and 48% CAGR respectively, as per the report

Business IP traffic will grow at a CAGR of 18% from 2015 to 2020, as per the report. Fastest Business IP traffic growth will be in the Middle East and Africa at CAGR of 21%, a faster pace than the global average of 18%, according to report. 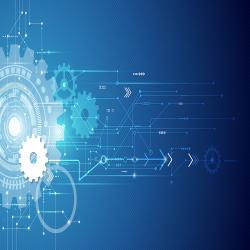