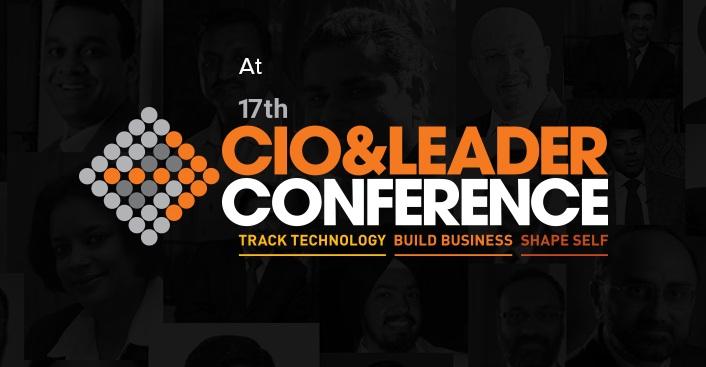 The 17th Annual CIO and Leader conference began with experts from outside (neither CIOs nor technology suppliers) setting the context on the firstt day on 29 July. Shiv Shankar Menon, the former National seucurity advisor spoke on the risks emanating from cyber security and how goevrnment and businesses can work together to thawrt the challenge. McKinsy partner Kushe Bahl briefed the CIOs about the challenges of doing business, digitally and how can they be tackled.  Alok Goyal of Stellaris, not new to the enterprise tech, as he was the former India COO of SAP, passionately urged the CIOs to work with the start-ups to maximizze business value.

Former National Security Advisor, Shiv Shenkor Menon said that “best is not perfect” and “tools are not solutions” when it comes to cyber attacks. Highlighting that there is a huge skill gap when it comes to cyber security professionals, Menon said that the skill gap was predicted way back in 2019 when India had mere 30,000 skilled cyber security professionals against the need of 5,00, 000.

Kushe Bahl of McKinsey recommended an agile, start-up like approach to the digital journey.

Alok Goyal from Stellaris, a venture partner firm said that Indian organisations do not sell their product to India. He further emphasized the point raised by Menon and said, “robotics is moving at a pace much faster than the work forces are being skilled (or re-skilled)” which will end up consuming many jobs in future on the name of robotics and automation. Though, Goyal said that the need to have CIOs will be there, he also warned to keep a check whether our existing job will be in same shape or not as they are today would be a worth seeing change.

Mehul Doshi, from Fujitsu also highlighted the gaps between the new technologies and their implementations. Doshi said that two-speed approach has been there for a while but could not be more than a buzz word because of lack of implementation.

The first day was also marked by a fun-filled carnival in the night. Social media too saw its fair share of news and views from the event with the offcial hashtag #CIOandLeader2016 trending nationally for quite some time