Speed vs Perfection: What matters more for CIOs? 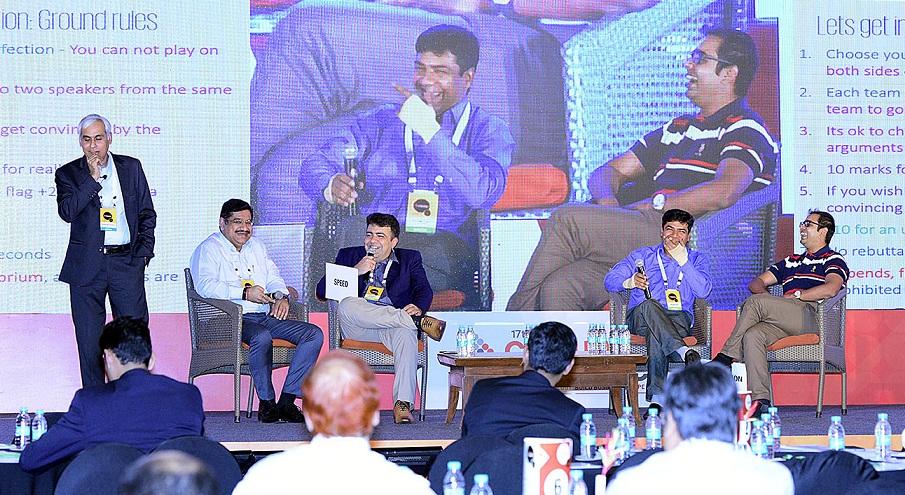 This has been one of those eternal debates. What matters more—speed or perfection?

In business organization, this often becomes big with individual managers labeled as ‘perfectionists’ or ‘quick decision makers’. While most business functions have people who belong to either of the categories, it is traditionally believed that certain roles requires more patience and attention to details  while certain others require more of faster decision making and execution.

What about the CIO role? On one hand, he is expected to ensure business continuity and secure information and intellectual property of the organization; on the other, he has to facilitate faster execution of business ideas and ensure speedier go to market. It is a tough choice between speed and quality.

In the CIO’s context, the debate—speed vs perfection—has found renewed interest ever since Gartner coined the term two speed IT.

In the just concluded 17th Annual CIO&Leader Summit at Goa, this was a debate among two sets of CIOs, one set who said if you have speed, you have everything. The other rebutted, unless you do a perfect job, speed does not take you anywhere; in fact, it may backfire.

What is interesting to note, team speed had two CIOs from what is called traditional industries, whereas team perfection had two of CIOs from new economy companies.  The cause of speed was being espoused by Umesh Mehta, CIO of Jubilant Life Sciences and Chander Khanduja, CIO of Luminous India. The perfectionists were Sachin Jain, CIO of Evalueserve and Saurabh Chandra, CIO of Myntra.

But the most important role was played by the host Akhilesh Tuteja, Partner, KPMG who not just set stringent rules for the debate, but provoked the two teams enough to create what looked like one of those most heated debates on television. The only difference: the debate was fair; the moderators did not have to shout at the top of his voice; and the two sets of CIOs sitting on opposite sides are good friends. In short, what an ideal debate should be.

“It does not matter how you score as long as it is a six,” said Umesh Mehta, starting the debate. His partner Chander Khanduja said even if you cannot always solve the customer’s issue at the first time, a faster response matters as it gives a comfort level to the customer that someone is listening to her.

“Be a little late but solve the problem,” said Saurabh Chandra of Myntra that operates in an industry where speed is everything. Over a period, that approach brings in trust. And trust is very important, in any business, he reiterated. Sachin Jain, his partner in the Team Perfect said perfection means good customer experience and without that, there is no use of anything else.

Tuteja, on his part, ensured that the debate was not restricted to the four on the dais. The entire hall was debating speed versus perfection. Shouts, thunderous claps and lots of questions and comments were part of the debate too.

The 17th CIO&Leader Conference was held between 29th July and 31st July and was attended by more than 100 CIOs and was supported by major names from IT industry as partners. Insightful talks, interesting panel discussions and workshops were supplemented with a lot fun filled activities in the three day event.