India’s digital had a great fall

India’s stance declined in all the parameters of Global Information Technology report —worst of all in business innovation. It also lost the four year record of being the most affordable country. Year over year growth also remained negative 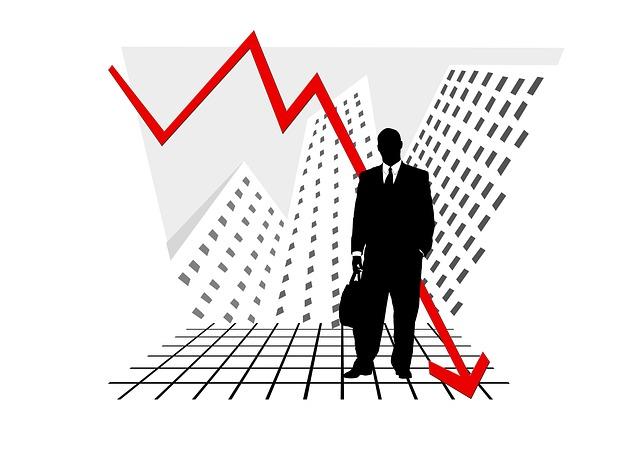 When the Modi government advertised itself as a digital sarkar, hopes and self-image of India surged up. While the ease of doing business and some fundamental governance issues have been addressed finally by the government; the infrastructural aspects still remain pitiful.

India has continued to dip in the Networked Readiness Index (NRI , even under this government despite high hopes. This year, 2016, India slipped down two positions, continuing the decline since 2010. The nation stood at 91st rank amongst 139 nations this year. 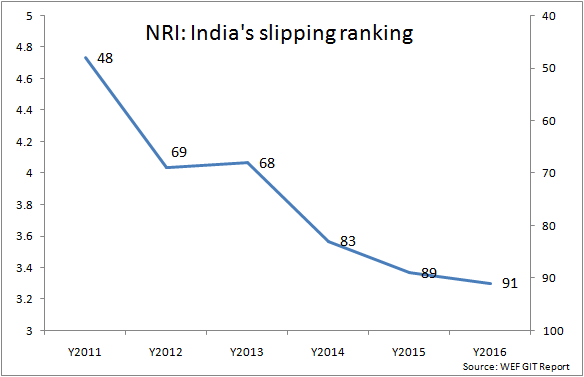 While many argue that India’s performance has not deteriorated but other nations have moved comparatively faster. However, the ground reality remained that India has only seen uninterrupted decline in all the three parameters of NRI.

The three categories are: 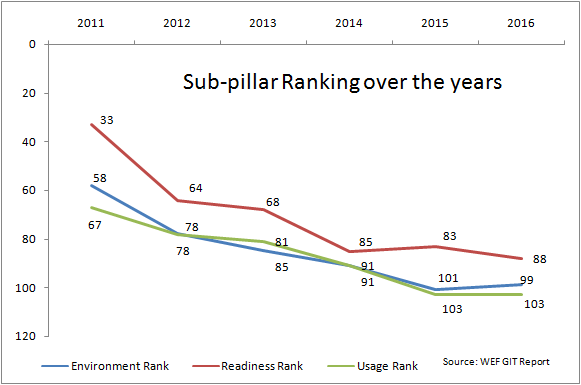 Business and innovation environment has seen a fall of 26 positions since last year to reach 110.

Political and regulatory environment of India has also dipped to reach the triple digit in 2015; which by 2016 jumped back to two digits rank.

The technological environment has seen continuous decline till 2015 ( reached 101 now). However, in 2016, there was an up-surge of 2 points. This might not be significantly high, yet the only one in the environment sub-index as the network readiness and usage of ICT could not even show the slightest of rise.

“A widening and worrying gap emerged between growth in individual ICT usage and public-sector engagement in the digital economy, as government usage is increasingly falling short of expectations. Governments can do more to invest in innovative digital solutions to drive social impact”, stated the report.

The most surprising decline had come in affordability index. The prices could not stay in sync with rising technology and India stumbled from the top rank, which it held since the last four years and dropped to 8th position.

India’s position as the most affordable country was being passed on to new rising low-cost economies like Kazakhstan, Ukraine and Vietnam, etc. While these Asian counterparts struggled to attain that place for quite a long time, Pakistan, which was ranked 49 in 2015 has taken a gigantic leap and took India’s first position in affordability.

NRI is a key tool by the World Economic Forum that assesses countries’ preparedness to reap the benefits of emerging technologies and capitalize on the opportunities presented by the digital transformation.