When Atos Said NO to Email

Don't let the amount of sent emails determine your productivity at work. 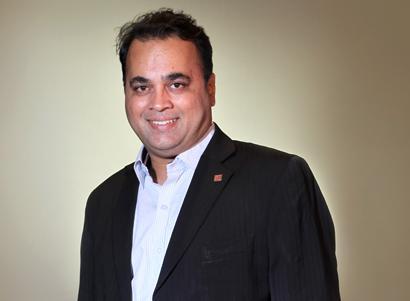 You probably kick start your Monday mornings at your office by opening your mailbox. If that’s the first thing you do every morning, you slow down your day by 64 seconds for every email that you read. Yes, more than four decades later, what is considered an “accidental discovery” by Ray Tomlinson, occupies a bulk space in our inboxes and our minds and attention as well.

However, in 2011, a Company wanted to change this email fixation. Atos’ Group Chairman and CEO, Thierry Breton announced a ‘zero email initiative’ which was launched with the futuristic thought to eliminate internal email use across the organization – by applying new ways of working using innovative technologies for better communication, team working and social networking.

The focus was to manage and share information more effectively. The aim of this ‘zero email initiative’ was to decrease internal emails between Atos employees by using improved communication applications as well as new collaboration and enterprise level social media engagement tools.

Atos decided to adopt innovative social business solutions in the workplace to bridge the social business gap. The new generation workforce is already using social media platforms in their personal life, when they enter an enterprise, so why should they not have a similar experience communicating within the organization. Atos therefore, decided to offer them an enterprise social media platform called blueKiwi to increase collaboration and ease of working – one of the key building blocks essential to create a great workplace.

It was no small feat. The Company has over 100,000 employees spread across 72 countries globally. To launch an initiative and make it successful at this scale needed a lot more than persistence from leaders across regions where Atos operated.

“It was a radical change to move from many years of habitual ways of using email as the primary medium for organizational communications and at times, even for discussions,” says Avinash Velhal Group CIO – India, Middle East & South Africa, Atos in India.

“Initially, it wasn’t an easy task and needed some amount of mindset change as a necessity for transforming from a traditional way of communication to a new mode of communication,” he says.

There are 15000 Atos employees in the Indian sub-continent. The Company conducted workshops and launched several promotional campaigns at each of Atos offices in India. From among the employees, Atos selected and appointed ‘zero mail ambassadors’ in each of their operating locations who were trained to work with other employees to rid them of the habit of sending emails.

“It was not just a project for us but a change movement created within the organization and supported with a training program titled ’Journey to Zero‘, creating zero email certified clubs, and getting employees to volunteer to evangelize the revolutionary concept and becoming “Zero Heroes”. Subsequently, we also made the collaboration platform available on mobile devices,” says Velhal.

The message was straight and simple: Don’t waste time sending or waiting for an email for something that can be resolved over a call or with the help of a collaboration platform.

A study by the Grossman Group found that middle managers who were spending around 100 hours per year on unimportant emails didn’t want their email access limited or taken away. They did, however, want policies put in place that would reduce the volume of emails sent to their inbox. And, Atos went a little further than just creating corporate policies.
The result?

Today, most of the internal communication at Atos takes place on one of the three social platforms.

“Being a top down organizational change initiative, it was taken seriously by every employee in the organization,” says Velhal.

The initiative has reduced Atos’ travel costs, and increased the time employees spend on gaining expertise and knowledge that would eventually increase their productivity at work. This has had a positive impact towards gaining a higher customer satisfaction and loyalty as well.

It has been four years since Atos’ CEO launched this initiative. “We have achieved a 70 percent reduction in our email volumes which is a huge success for us as a globally spread organization,” says Velhal.

When the world’s population is communicating via nimble messaging platforms, why is the corporate world still stuck on email?