All that you need to know about Unified Payment Interface (UPI) 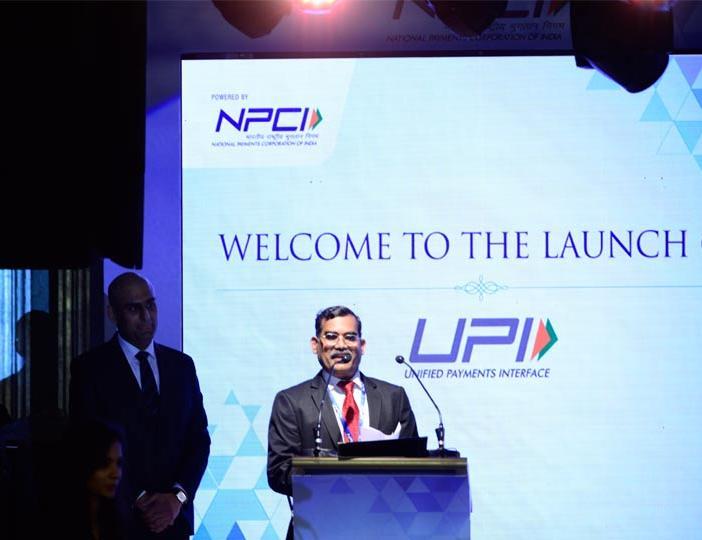 What exactly is UPI?

UPI basically is a singular model which generates unique code or identity, much like an email address, for a person linked to their bank accounts via mobile application. Now, one can transfer money or even generate an in-voice from the virtual payment address (VPA) and send it to other party’s VPA.

This will not only help in making transactions on real time basis, without sharing any sensitive information and without any intervention of a third party. Also, there is a facility to reject an invoice sent on one’s VPA.

With people friendlier with smart phones than banking, more inclusion, easy availability, instant and round the clock banking services, beyond just payments will be facilitated through UPI embedded applications.

These transactions could be personal loan, bill spilt, shopping, normal bill reminders, anything and everything that is possible through cash money, digitally.

The best part is that UPI can work both online as well as offline; can work as both to send and receive money. Presently, per transaction limit, as per NPCI is INR 1 lakh.

Who are with UPI?

Pilot run for UPI started in April, 2016 under the former Reserve Bank Governor Raghuram Rajan. Only the banks with 1,000 pilot customers, 5,000 transactions and success rate of around 80% were permitted to go live.

Currently following banks are live on UPI and their mobile apps have UPI facility:

Apart from these, IDBI Bank and RBL Bank are on-boarded as issuers. It enables their customers to download any UPI enabled Apps mentioned above and link their accounts.

Recently, Axis bank has partnered with Freecharge. Users will be able to generate a VPA cia Freecharge for their Axis banks accounts. AsUPI was seen as an advance step to roll out wallets like those given in Freecharge apps, this kind of a composite model will help the wallets revive.

How does it work?

UPI system will work anywhere and everywhere a smart phone works without any new infrastructure additions.

Say, a customer has bought something from a neighborhood shop. Then the customer can give theVPA to the shopkeeper, who further generates an invoice, like a normal bill (or generally lack of the pakka ones) from his UPI-based application and send it to the customer’s VPA, all paperless, all digital. A customer, using the application, has to just accept the invoice and the said payment will be made directly without any further exchange. More like a round the cloud (clock?) extension of beneficiary transfer.

Unlike the usual trend of every emerging technology bringing another security threat with it, UPI in a way is being projected as a secure evolution of digital banking system. UPI does not require any sensitive information including OTPS, card details, bank details, account number nor even phone numbers to be shared with anyone at all, creating a securer ecosystem.

Also, it has a two factor authentication cap: one is mpin and code verification. This would be in addition to the normal security on mobile banking apps. Also, the mpin can be used as login password for the mobile banking application.

This might generate concerns as the mobile phones, unlike the cards are in hand and vulnerable to hacking, accidents, lost etc. Multiple people can have access to a single mobile, especially in case of rural and aged people who often get lured into other’s ‘help’ for operating and understanding a new function.

Soon, Aadhaar based mobile phones will be launched, which could read the biometrics present on Aadhaar card (which should further be linked to the bank account) as the password and eliminate the need to enter apin.

The next level of banking is here, and the sooner you tap it, the happier you are.