While part of it is because the ICT development ranking by ITU does not take into account adequately the shift to a mobile world, India has to close a lot of gaps, if the country wants any real impact on citizens of programs like Digital India 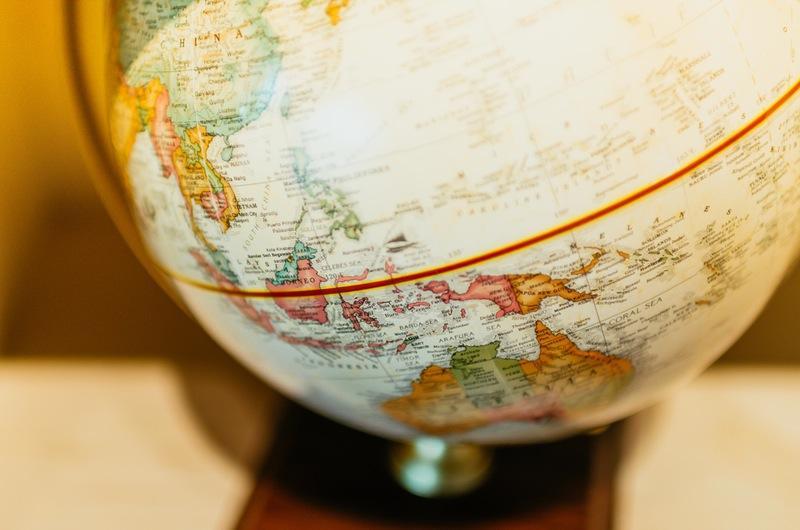 India has slipped three positions in the ICT Development Indicators (IDI) ranking released this week by International Telecommunications Union (ITU). India ranks 138 among 175 nations ranked in the Measuring the Information Society Report 2016. The report and the ranking are released annually by ITU.

India’s slip is significant considering the government has launched a high profile campaign, Digital India, promoting the use of technology in all spheres including governance. The ITU ranking measures the infrastructure and skill availability—all quantitative parameters—and does not get into areas like sophistication of usage, innovation and any other such subjective parameters. 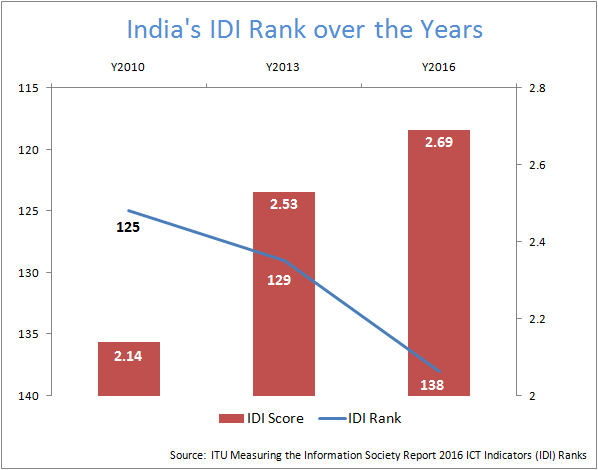 The IDI measures the performance of national economies across 11 parameters within ICT. Eight of those are in ICT infrastructure areas while three are related to skill availability. The parameters are mobile-cellular subscription, international Internet bandwidth per Internet user, household with computers, household with Internet, Internet users, fixed broadband subscription, active mobile broadband subscription, secondary enrolment, tertiary enrolment and mean years of schooling.

It is important to understand what pulls down India’s ranking and should our policymakers worry about it?

Out of the 11 parameters, India does fairly well in three—secondary enrolment, mobile subscriptions and international Internet bandwidth per Internet user, though a lower Internet user base may have pushed up the score in last parameters.

The reality in ICT development in India may be a bit better, albeit slightly, than it comes out in IDI ranking. That is because ITU still gives significant weightage to fixed line penetration—both telephones and broadband. India, on the other hand, seems to have leapfrogged the fixed line wave. In the context of voice telephones, the world has decisively moved to mobile and India is doing fairly good on that count. The country is the second largest base for mobile phones globally; it overtook the US this year. India will never go back to fixed line. 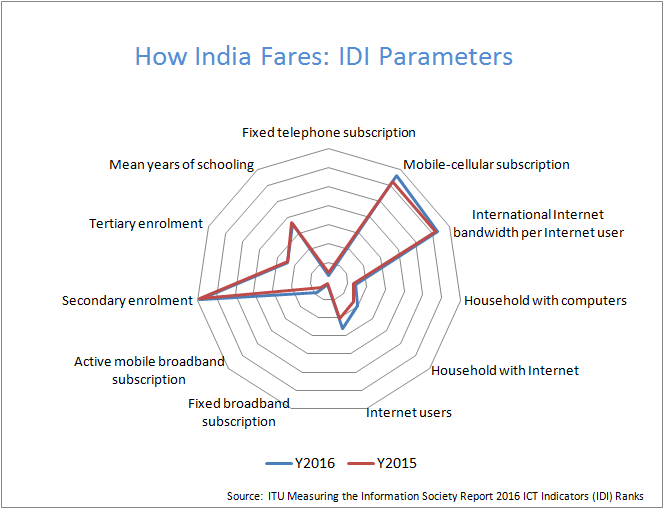 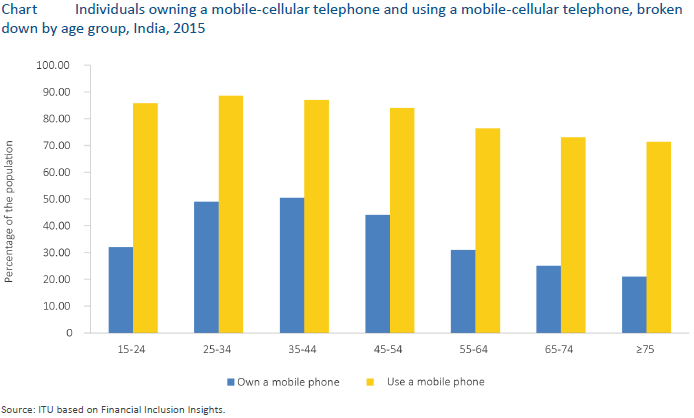 Internet user base, despite showing a visible growth between 2015 and 2016 is still fairly low. So are household ownership of computers and household access to the Internet.

In short, access to digital is still restricted because of various factors and any project critically dependent on digital means to reach out to and listen from citizens will have limited efficacy.

India needs to quickly build its digital capacity and better citizen’s access to the Internet before programs like Digital India could have significant meaningful change to people’s lives. Else, it may just end up widening the digital divide.