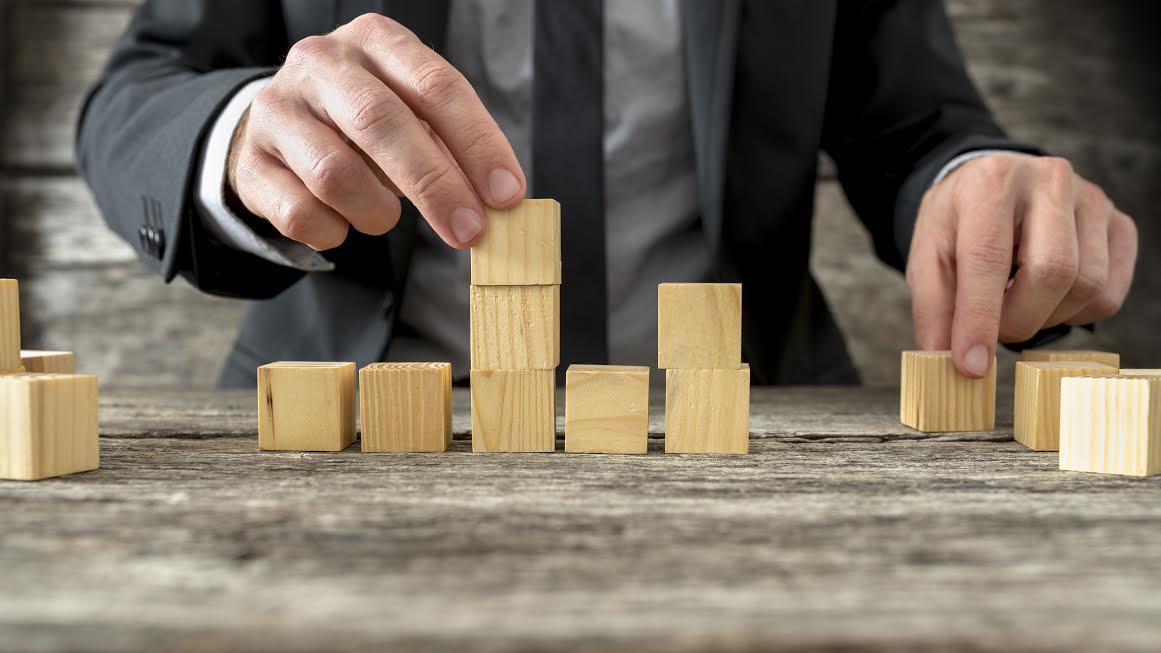 For any technology to travel the distance from hype to reality, its early adopters play an instrumental role. When it comes to blockchain – it is a technology that everyone has been talking about. Over 40 top financial institutions and a growing number of companies around the world are taking a leap of faith and betting on blockchain technology to pave the way for the future. They hope that the technology will present a trusted way to track the ownership of assets, speed transactions, cut costs, and lower frauds. While the advantages are fairly obvious, the risks are not. However, one thing is clear: To become an early adopter of a technology that is still evolving, to develop a deep understanding of it, to identify its legal and security implications, and to learn as you deploy, requires courage, which as they say, is a kind of salvation.

While the whole of India was grappling with the recent demonetization of INR 500 and INR 1000 notes, a handful of us were googling “Buy Bitcoin”. No prizes for guessing why. The Narendra Modi government may have left a lot of Indians scrambling for alternative payment and investment options in what it calls a bid to eradicate black money hoarders. As a result, the demand for this new age cryptocurrency has seen a surge. Since the announcement, the value of a Bitcoin, that was earlier stable at USD 250 around the same time last year, has spiked to as high as USD 930 in India.

And that’s what makes Bitcoin notorious by association.

Not for its creator Satoshi Nakamoto, who in his research paper that introduced Bitcoin in 2008, referred to the need for an electronic payment system based on cryptographic proof that allows any two willing parties to transact directly with each other without the need for a trusted third party. He proposed a peer-to-peer distributed timestamp server to generate a computational proof of the chronological order of transactions.

He was referring to Blockchain, the extraordinary technology that underpins bitcoin.

Simply put, blockchain is a network of computers that verify and approve transactions, which are then recorded on a distributed public ledger. Anyone on the network can see what transactions have occurred, although transaction details can only be viewed by parties participating in the transaction that hold private keys to that data.

Don Tapscott, who co-authored the book, The Blockchain Revolution, describes Blockchain as The Trust Protocol, where for the first time in human history, people everywhere can trust each other and transact peer-to-peer. And this trust is established, not by some big institution, but by collaboration, by cryptography and by some clever code. It is because, he says, trust is native to the (blockchain) technology.

It is this potential of blockchain that it has the Reserve Bank of India’s attention which has set up a committee to study how it can curtail the use of paper currency.

It is also this promise that ICICI Bank in India piloted a blockchain-based network for financial services, the preparation for which started eight weeks ago. The bank achieved a near real-time transfer of invoices and purchase orders. On achieving this feat, Chanda Kochhar, Managing Director and Chief Executive Officer at ICICI Bank, said, she envisions that the emerging technology of blockchain will play a significant role in banking in the coming years by making complex bilateral and multi-lateral banking transactions seamless, quick and more secure.

A World Economic Forum report released in August 2016 made a bold prediction that 80% of world’s banks could start distributed ledger projects by next year, thereby bringing blockchain technology at the heart of the global financial system. The news of pilots being tested by early adopters, such as ICICI Bank, Axis bank and Kotak Mahindra Bank, verifies this prediction.

However, banks are not the only enterprises jumping onto the blockchain bandwagon.

On the other side are Indian software services mammoths, such as Tata Consultancy Services (TCS), Infosys and Cognizant Technology Solutions (CTS) that are boosting investments in this space.

TCS’ CEO, N. Chandrasekaran, in an interview with The Economic Times, said they are running more than 100 blockchain pilots. The IT firm is also preparing to launch a core banking software based on the underlying technology behind virtual currency, Bitcoin. In fact, ICICI Bank leveraged Infosys’ Finacle solutions suite’s blockchain framework to route business transaction for remittances and trade finance business.

In the retail space, Wal-Mart has started a proof-of-concept project to test blockchain technology on two its products: a packaged produce item in the U.S., and pork in China. The blockchain technology will help Wal-Mart collect important supply chain information from a single receipt, including suppliers, details on how and where food was grown and who inspected it. The blockchain technology will help the retail giant gather valuable information during a product recall. Imagine how long it takes for a retailer to identify the product, shipment and vendor, once he/she’s notified of a problem with a packaged product. This time will be cut down drastically.

Take the case of governments. While the UK government has stated that use of bitcoin is currently unregulated, Japan officially recognizes bitcoin and digital currencies as money; however, some developing economies are still coming around.

One of the highly developed post-industries societies in the world, Sweden, only bans the use of bitcoins in the buying and selling of scrap metal or waste products. The government of Sweden is testing a system for registering and recording land titles that utilizes blockchain in a bid to digitize real estate processes.

A similar mega blockchain pilot project is underway at the Georgian Ministry of Justice in Honduras. Georgia, a tiny, former-Soviet state in Eastern Europe, is using blockchain technology to eradicate land title frauds that has plagued the country for years.

There are a zillion projects being piloted by countries as well as companies around the world.

The technology can serve as a catalyst for process re-engineering opportunity with respect to transparency, decentralization, governance in the areas of finance, retail, supply chain, and smart contracts. In the era of cost optimization, business process reengineering, and startup innovation, blockchain can provide a plethora of opportunity for organizations to become better, says Sridhar Govardhan, General Manager – Cyber Security at Wipro.

And that’s one of the reasons why blockchain should matter to you.

Tapscott in a co-authored article on Blockchain, says the experimentation of this technology often starts outside the IT function. Therefore, he says, thoughtful CIOs should view this as positive because every business will become a blockchain business and every business leader needs to explore opportunities for transformation.

Rajesh Kandaswamy, Research Director, Banking & Securities Vertical at Gartner, says, while the technology is promising, these are still early days.

While CIOs need to understand and experiment, it is too early to lock in on the technology. They must create a total TCO picture and business case for blockchain, and understand the implications of what all it would take a project to be successful, says Kandaswamy.

The above point is also conceded by Tapscott in the article, who emphasizes on the need for companies to relook their enterprise architecture, security standards, and backup capabilities to ensure business continuity. Above all, he says, organizations will require an enterprise strategy for the next generation of blockchain collaboration tools and systems to cut across business silos. Additionally, he says, organizations will require having elite IT talent to deal with the many complexities of becoming a blockchain business.

A mix of talent and teamwork will pave way for the success of a technology such as blockchain. A point affirmed by former CIO and Master IT Strategist, Arun Gupta, who notes in his blog, beyond the proof of concepts, enterprises, I believe, will need to create cross-functional teams from compliance, risk and internal audit to assess impact on internal process and customers.

A common concern, however, is whether early adopters should go overboard with the planning and preparation of blockchain technology.

Govardhan says, enterprises can’t afford to be a spectator.

However, if they choose to remain so, they will be left behind. CIOs and CISO teams should work in partnership to arrive at an enterprise digital adoption roadmap, which should include blockchain technology. The roadmap should clearly articulate the benefits of adoption as well as the adoption phases of technology that will be introduced into the enterprise ecosystem, says Govardhan.

Of course, blockchain will have its own set of challenges like any other disruptive technology. Take for instance, cloud computing. Early adopters of the technology in 2008 stated their concerns around security and application latency. Cloud providers had not fully formulated their business and pricing models, which was considered an important reason for CIOs who didn’t get the desired ROI, to be skeptical about cloud computing.

Larry Ellison, Chairman, CTO and former CEO of Oracle, even went on to question the relevance of cloud computing, stating that – it is complete gibberish and insane, and ask when is this idiocy going to stop? – only to state eagerly in 2014 on how the company was bossing the cloud service market.

Similarly, blockchain technology will take time to evolve, only if little.

Gupta says, the rapid evolution and rise of blockchain’s most popular implementation Bitcoin in less than a decade (including falls) has brought this technology to everyone’s attention.

Money is chasing opportunity and no one dares conservative predictions on the potential future impact or ignores its disruptive nature driven by increasing global interest especially in Fintech, he says.

However, its governance and regulatory concerns are real.

Govardhan says, impact on the application of blockchain technology; in security and privacy – where controls, such as private or permissioned blockchains as well as strong encryption exists or in assuring that the stakeholders before they can entrust their personal data to blockchain technology need to be tackled as the technology evolves quickly.

How quickly you ask? While the real life implementations should start now, mainstream adoption is still five years or so away, says Gartner’s Kandaswamy.

Until then, let’s get our blocks in a row, shall we?