Enterprise IT: It’s a man’s world. And it is not going to change soon

The IT industry, on the other hand, is one of the largest employers of women in India 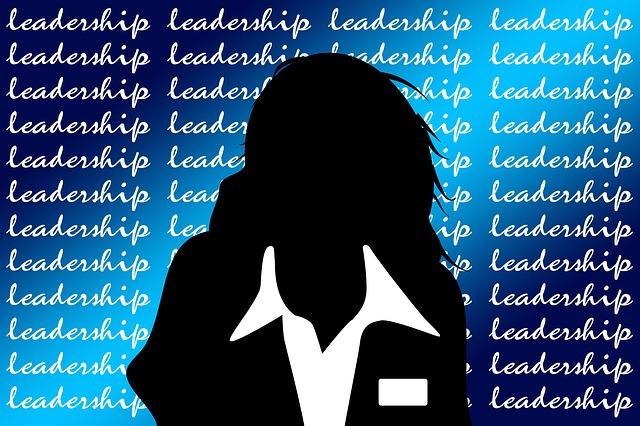 Only 3% of Indian CIOs are women. The data is based on our analysis of 250 selected profiles of CIOs in large Indian companies.

That probably does not surprise you much.

What is really worrisome is that the figure is only marginally better among the next generation leaders.  An analysis of the last seven years NEXT100 winners data reveals that just 4% of them are women. NEXT100 is one-of-its-kind award for the senior IT managers who are not yet CIOs and the winners are often called the future CIOs. 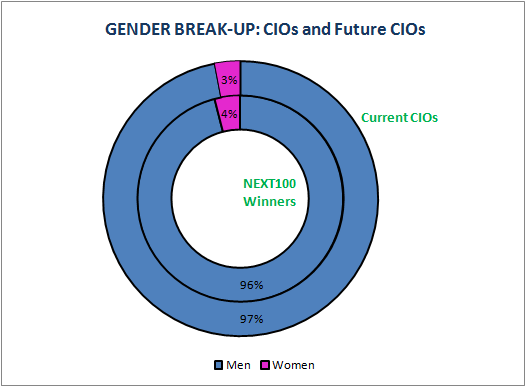 This means there is little change.

In the US, where percentage of women in IT workforce as a whole is only a little better than that in India, women CIOs are beginning to make a big mark. According to a research by Korn Ferry earlier this year, based on a study of the top 1,000 U.S. companies by revenue, 19% of CIOs in these companies were women. According to an analysis by Boardroom Insider recently, 75 of the Fortune 500 companies’ CIOs are women. That is 15%. Four of the top 10 Fortune companies' CIOs are women.

While women as a percentage of total workforce in India is still low—just about 25% as estimated by International Labor Organization—Indian IT industry has a higher share of women. According to different estimates, women constitute around 30-35% of workforce in the Indian IT industry. Top Indian IT firm, TCS, has 32% women in its workforce. A NASSCOM-PwC report released in March 2016 said the entry level hiring by the industry is as high as 51%.

By and large, the human resource pool from which IT industry and Enterprise IT hire is broadly the same. So, what explains this significant difference?

There may be two explanations for this abysmal figure—one, for some reason enterprise IT has not been able to leverage this segment; or two, they have not risen to the top, with the tendency of Indian women to drop out deciding to take care of the home. In IT industry, in which a lot is still about hard skills, joining back is easy, with a little brushing up of skills. That is tougher in a user company, as the higher you go, you are expected to understand the business more as compared to technology skills.  The reason may be a combination of both.

But we are not yet sure if this is a trend. In any case, these numbers are too small to draw any solace from. With these kind of numbers, it is difficult to believe that the situation should change on its own. It requires some positive intervention on the part of senior enterprise IT leaders.