Only 66 women for every 100 men in leadership and managerial positions: WEF

In India, only 14% Indian women were hired for middle-level IT positions ( IT Manager level) in 2016. However, there has been a 36% increase in the hiring of female candidates with experience between 4 to 9 yrs compared to 2015 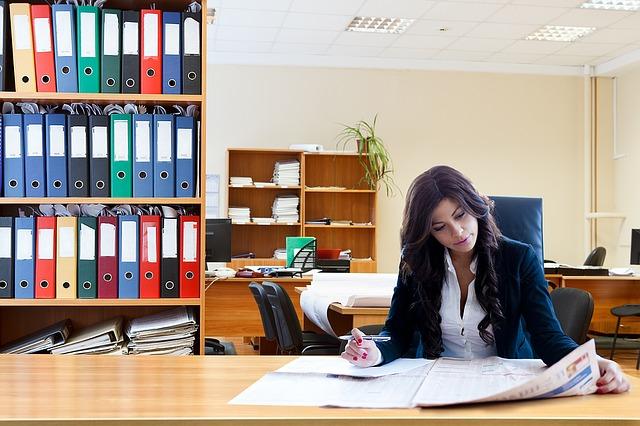 In the month of January, we decided to begin our research on the cover story that will tackle the critical question: Why are there so few women in enterprise IT. In the past, a lot of research has been done on this. Take for instance, National Center for Women & Information Technology carried out research last year that stated that 56% of technical women leave at the "mid-level" point - twice the quit rate for men - just when the loss of these employees is most costly to companies.
In India, only 14% Indian women were hired for middle-level IT positions ( IT Manager level) in 2016. However, there has been a 36% increase in the hiring of female candidates with experience between 4 to 9 yrs compared to 2015.
On 1st feb 2017, the World Economic Forum (WEF) released a report, titled '7 myth-busting reasons we should be investing in women'. Below are excerpts from the report:
1. The myth: investing in women doesn’t pay off
The truth: closing gender gaps will actually lead to an increase in global GDP
A recent McKinsey Global Institute report found that if women play an identical role in labour markets to that of men, as much USD28 trillion or 26% could be added to global annual GDP by 2025. Now that’s a payoff we can all get behind.
2. The myth: gender inequality is not an issue in developed countries
The truth: gender inequality remains high around the world
Although many countries have made progress on some aspects of gender equality, inequality remains high. In the US, there are just 66 women for every 100 men in leadership and managerial positions, and women do almost double the unpaid care work that men do.
3. The myth: women’s income is not used any differently than men’s income
The truth: a greater percentage of women’s income is reinvested in their families and communities
A study in Brazil showed that the likelihood of a child’s survival increased by 20% when the mother made financial choices. These key economic decisions, however, are intricately wrapped into cultural norms around gender, age, ethnic background, health or physical status, and overall social hierarchy.
4. The myth: women choose to work less than men
The truth: women shoulder a greater burden of unpaid work, and have fewer paid work opportunities
Women don’t work less than men; in fact, they often work more. The issue is that their work is unpaid and often unregistered – rearing children and caring for the elderly rarely produces a paycheck.
5. The myth: inequality ends as women’s income increases
The truth: it’s giving women control over income that ends inequality
Evidence shows that it is not merely a woman’s increased income, but rather her control over that income that helps her achieve economic empowerment. When a woman holds the strings to the family purse, that family is more likely to thrive.
6. The myth: women’s groups are not necessary for economic development
The truth: women’s groups – including cooperatives, collectives, farmer groups, business associations and trade unions – are often the only path to sustainable economic development for many women around the world.
Women’s groups can offer a safe haven in which women of limited means can pool and maximize resources, manage risk, innovate and experiment, build skills and capacity, mentor and learn from one another, organize and advocate for rights, share care responsibilities, build confidence, and receive key information on everything from market information to nutritional guidance, family planning and reproductive health.
7. The myth: family-friendly, gender-responsive policies are not worth the investment
The truth: In the US, every USD1 invested in family planning results in USD7 of savings; in developing countries like Jordan, USD1 can result in as much as USD16 in savings. The Copenhagen Consensus showed that every dollar spent on modern contraceptive methods will yield USD120 in overall benefits.
Companies that invest in family-friendly, gender-responsive policies have found high returns on their investments, including reduced absenteeism and increased productivity.