"Robotics is moving in any direction humans can, both characteristically and functionally"

Robotics, AI, IoT…they are getting interwoven with each other to change the way we live and work. Prof. George K. Thiruvathukal, a member of the Institute of Electrical and Electronics Engineers (IEEE) and a professor of Computer Science at Loyola University Chicago, provides an academician’s perspective into the future 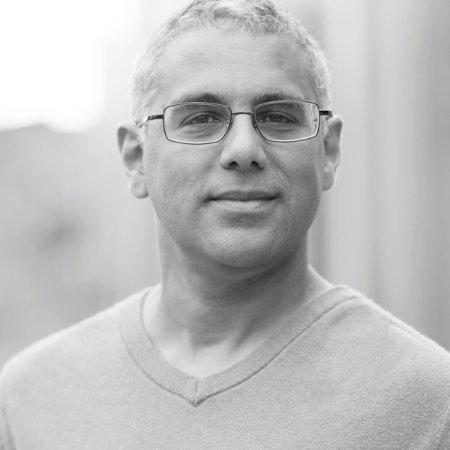 AI was a hot subject in Computer Science in the early 90s. And then, it went into oblivion. In the last 4-5 years, there is a revival. What are the fundamental differences between the AI approaches of then and now?

AI never went into oblivion, it merely pivoted. The methods were interesting--and sound--but were too computationally demanding. With faster processing and more of it readily available in the cloud and distributed computing systems, it is possible to do the computation and data-intensive processing remotely. You can get a pretty good idea of what is going on by looking at how Google and Apple handle natural language processing and machine learning, which can be accessed from ordinary phones (which don’t have the power to do most AI on their own).

Data analytics, machine learning, IoT...they all seem to morph into each other. How do you explain the relationship?

IoT is potentially a producer and consumer of data. Data analytics allows us to look at data coming (potentially) from a myriad of data sources. For example, you could have a bunch of smart thermostats deployed in homes throughout Chicago. You might want to do some classical analytics on all of the thermostats. For example, what is the range of temperature being set by all devices in a given geographical region over a given range of dates. Machine learning allows you to look for deeper patterns and bring some intelligence to the analytics. For example, the next time a cold weather outbreak occurs, you could use past observations to suggest and set thermostat temperatures automatically.

Where is Robotics today? And where is it going? What could be possible?

Robotics is moving in any direction humans can, both characteristically and functionally. There are many activities that humans are tasked to do that are either more safely or more efficiently done by robots. This is a reality we must accept.

As we’re already seeing, robotic automation is being integrated into the industries of agriculture (also referred to as argot) and manufacturing. But, it will not be isolated to these only. Medical robots and military robots will change the face of medicine and military applications (e.g., search and rescue or safe transport).

Space exploration is prime for robotic integration. I envision NASA sending a humanoid to the Moon or Mars and incorporating telepresence and teleimmersion capabilities into robotic systems to detect atmospheric makeup.

After speaking with a colleague of mine, I think it’s possible that robots enter the pharmacy environment, both organizing and dispensing tablets or answering medical questions. With Natural Language Processing (NLP) and text retrieval methodology, robots will become walking and talking pharmacists at neighborhood stores.

How do we work towards applying that into real activities, such as agriculture, education, healthcare, urban planning...?

I think we will see greater automation in urban planning. Perhaps that could be in the form of an autonomous robot that discovers and fills potholes before someone drives over it. I also see applications in education, where robots can be present in classrooms to extend the reach of educators. The key is to set expectations accordingly. Many people confuse AI with other techniques that have equal if not greater impact today. Both natural language processing and information retrieval are two examples of the building blocks of AI systems.