Social media apps are the most popular apps, but will likely be eclipsed by messaging apps in the next two years 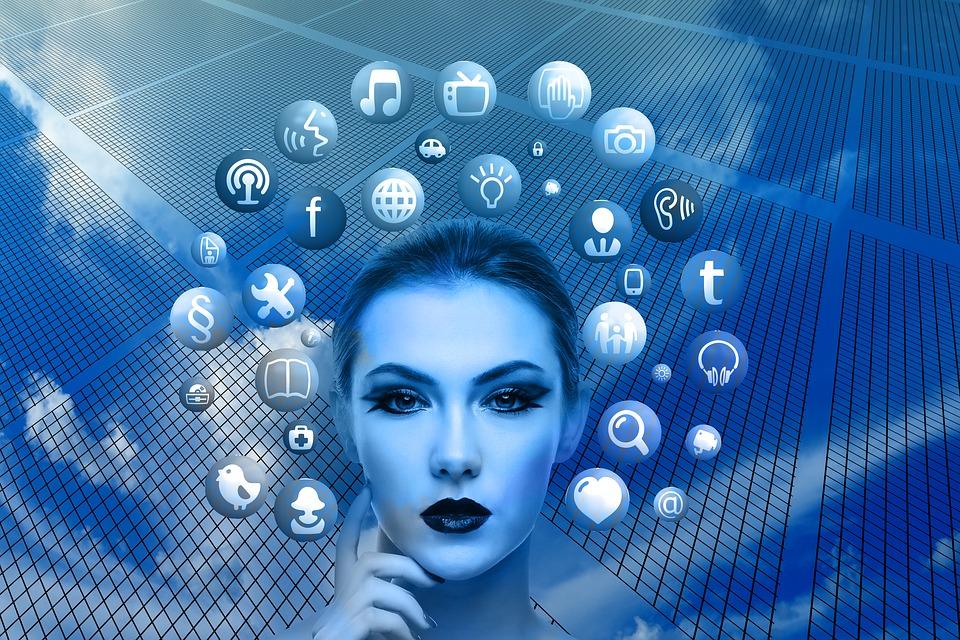 A new Gartner, Inc. mobile apps survey showed that the number of consumers using messaging apps and personal assistant apps is continuing to grow. As per the survey, about 35% of respondents said they used Virtual Personal Assistants (VPAs) in 2016, up 4% points from 2015. 71% of respondents used messaging apps, a 3% increase in 2016 (see Table 1).

"We are witnessing the beginning of the post-app era based on the evidence that users are starting to use fewer apps actively on their smartphones," said Jessica Ekholm, Research Director at Gartner. "At the end of 2016, only 33% of survey respondents used six to 10 apps a month, which is down 6.2% from a year ago." 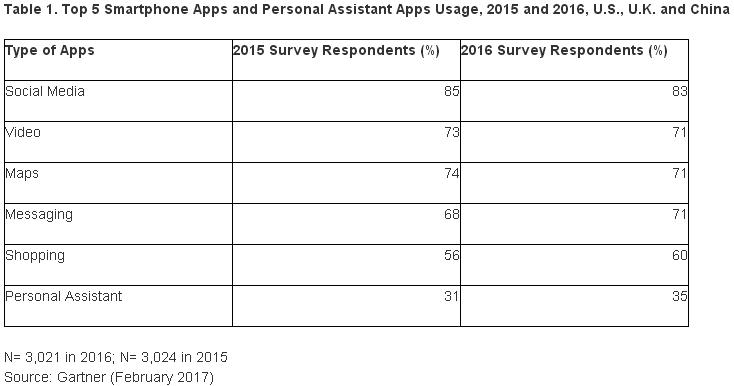 VPAs Will Replace the Usage of Some Apps

Siri and Google Now were the most used VPAs among the US and the UK respondents in 2016. They were both used primarily to check the weather forecast (70%), find nearby or popular places to visit (44%), and read breaking news or other news stories (44%).

The survey also showed that the conversational interfaces provided by VPAs - ready to serve and capable of complex actions -have the potential to replace some traditional apps. Users will shortcut apps by using VPAs to get fast information in a consolidated manner.

Messaging Apps Are Catching Up With Social Networks

Facebook Messenger (81%) and WhatsApp (61%) remain the most used mobile messaging apps among the US and the UK respondents. In China, WeChat (95%) maintain their leading position. Messenger apps have become incredibly "sticky" with users with 72% of mobile messenger survey respondents using the app at least once per day.

"The conversational interface is not replacing apps, but it’s enhancing the way users access them," said Ms. Ekholm. "We expect messaging apps such as WhatsApp, Line or Facebook Messenger to become increasingly engaging and rich as more features are added to them, whether creating more engaging user-generated videos, chatting with customer services, or having more e-commerce possibilities within the app itself."

Allowing developers and businesses to integrate bots on social platforms, removing the need for users to switch between apps, has the potential to transform workflows. "This would allow companies that have chatbots to improve touch-points, help customer service efforts and ultimately help fuel sales revenue," concluded Ms. Ekholm.