How Genpact is addressing the gender imbalance in their IT workforce

"I feel that if you are not representing 50% of your population, then something is not right," says Vidya Srinivasan, Vice President-IT & Infrastructure at Genpact 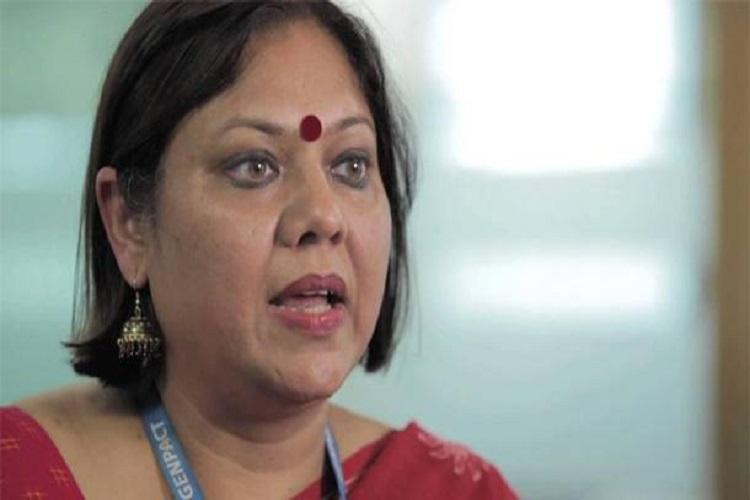 As I drove to meet Vidya Srinivasan, Senior VP - IT & Infrastructure at Genpact, it was already late. From what I had heard about her, Vidya was a task master, hard at work, with no time to spare. And here I was delaying her by 30 minutes.

Vidya, who joined Genpact, formerly GE Capital International Services (GECIS), in 1999, didn't come from a typical IT pedigree. In fact, she joined the company as a senior legal counsel who set up the compliance function for the company and had expertise in service level agreements with various GE businesses. GECIS, which first started as a General Electric division, later launched as a captive company, provided business process services to GE Capital’s businesses globally. In 2005, while Vidya was still a senior legal counsel, the company rechristened to Genpact.

In the newly christened organization, Vidya carried over the DNA of GECIS and its parent organization General Electric, which not only emphasized on a leadership roadmap for its employees, but is committed to the need for gender inclusion and diversity.

Genpact also was founded on the same principles, and gender diversity has been one of its top priorities since inception. Vidya also comes from the mindset where she believes in equal opportunities for men and women.

As I arrived at the Genpact office, I was quickly ushered into Vidya's office as she waited patiently. Dressed in a bright blue saree, Vidya didn't possess an air of arrogance. Neither was she 'too nice' or 'too bossy' - an unfair common trait, sometimes, associated with women leaders.

Instead, she was only too eager to discuss a topic that she was most passionate about.

Women represent 25% of the workforce in India, a number that is dismally low.

"Having more women in the workforce is not about being nice to them. I feel that if you are not representing 50% of your population, then something is not right," says Vidya.

And that is what Genpact is committed to. Its Gender Diversity agenda comprises five pillars to increase the number of women in the workforce, retain them and achieve the company’s gender balance goals. In order to drive this agenda, leaders across the organization are mandated to create a supportive ecosystem that encourages sensitizing employees, developing women leaders, attracting diverse talent and cultivating an external network.

According to statistics from HeadHonchos.com, only 12% women are hired in IT whereas HR is where a large chunk, up to 35% of them, get hired.

As an IT leader, Vidya, also, has a mandate to hire at least 20% women in Genpact's internal IT workforce.

At Genpact, the hiring for women in IT is no different from hiring for any other roles. The only difference, she says, is what we need to try to do more is give them exposure, opportunity, and the right working environment.

"Within IT, software development jobs see more takers in women over engineering and maintenance kind of jobs. Women in IT have a lot of grit and they are now taking up client facing, business support, even core infrastructure and networking related jobs. You have to make an extra effort to bring women into this area," says Vidya.

Give them the environment that will make sure that more women join the IT workforce. However, a large number of women typically leave their jobs when they enter middle and upper management. According to a report by non-profit organization, Catalyst, nearly 50% of Indian women drop out of the corporate employment pipeline between junior and mid-levels.

The reasons are well known.

This year in January, Genpact announced 26 weeks of paid leave for mothers as against the existing 12 weeks. This announcement is just one of the things that Genpact does to make sure that women do not have to leave the workforce due to motherhood and childcare. The company employs a program titled, 'Returning Moms' that helps its female employees in India to return from maternity leave, and find a role with a shift and location of their choice. The company also provides day care and work from home or flexible hours facility if the nature of work permits.

Its CEO, N V Tyagarajan, once wrote in his blog, recalling an incident about a woman employee who wrote to the senior management in Genpact, reminiscing how she started the journey of a long fruitful career during her pregnancy. She wrote in the email, "To my surprise, my impending motherhood did not deter the hiring team from taking me on…they were focused on the capability that I would bring to the organization! I have come to realize that in our organization, opportunities are assigned always based on capability."

Vidya says, "If something can be done remotely, why not? I just feel the more women you get, your job as a leader, and as an organization, is to help them build their momentum."

A Credit Suisse report states that India ranks second lowest in terms of women in senior management levels. And this is one of the main questions that I wanted to ask Vidya -- why are there so few women leaders in IT?

And she says, "The challenge is to encourage women to participate in the fields of technology and encourage them to apply for higher-level managerial roles."

According to a National Center for Women & Technology (NCWIT) 2016 report, female attrition is higher in technology than in science and in engineering. In the high tech industry, the quit rate is more than twice as high for women (41%) than it is for men (17%).

The research suggests further: "That contrary to popular opinion, women in technology are not exiting these careers primarily for family concerns—and even when they are, they might have made different 'choices' if more flexible options to support these competing responsibilities exist. Understanding why they are really leaving is key for improving retention and advancement."

The other area of concern is unconscious bias that may come into play for women in technology. The report states that subtle inequities, such as gestures, words, looks which may make a female employee feel devalued; stereotype threat, when comments are made about an employee’s gender and their job performance can reduce feelings of trust and make employees feel misunderstood and discouraged.

Finally, the lack of role models or mentors and satisfactory supervisor-employee relationships, can make female employees feel isolated and disempowered.

In order to deal with bringing back or retaining senior level women in the workforce, Genpact has introduced two initiatives, Career 2.0 and building women leaders.

Launched in May 2015 in India, Career 2.0 is a niche recruitment program for women on sabbatical or career break. It is run exclusively on social media aiming to increase the gender balance at the leadership level. The initiative has hired 74 female employees.

“We may train for unconscious bias, create an inclusive leadership platform, set up mentor programs, but it finally boils down to the individual who has to ask herself – how much do I want this job? Because then, you will have to make it work,” says Vidya.

As I leave, feeling a little contented and a little apologetic for leaving the IT workforce in the first four years of my career, I see several women employees entering the office -- a sign that I believe is not just a check in the box.

Article Tags:
Cover Story
gender
Women in IT
IT Leader
Women leader
Leadership
Where are the women IT leaders
CIO&Leader