Will a mandatory paternity leave help improve number of women leaders in IT?

We spoke to Pawan Duggal, Advocate, Supreme Court of India, on how long will it be before paternity leave gets its own bill? 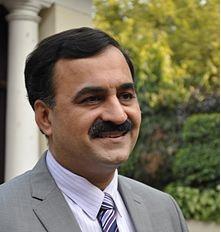 While some private sector organizations allow family leaves, many others don't. And this may have a direct impact on the number of women leaving the workforce for the reason that they are unable to multi-task.

How can the law follow up with organizations in India to make sure that The Maternity Benefit (Amendment) Bill, 2016 actually gets implemented?

How do you think the maternity leave bill will impact the industry as a whole?

This is a positive move in the right direction as it is aimed for protecting not just pregnant women and newly borns but also allowing adequate space for bonding between the mother and the newly born child. There could be some short-term impact but the long-term benefits of this Bill are going to be immense. Such a step is further likely to increase the loyalty of women to their employment. The increase in the maternity leave will definitely have a positive contribution and impact on the growth of India.

Do you think that there are chances that this ruling may also have a negative impact on the hiring of women considering that there is no mandate on hiring a certain number of women in an organization?

There are large number of proactive employers who see the intrinsic value of women employees and their contribution to the growth of companies. In that sense, the chances of negative impact on the hiring of women is relatively less. However, there can be few instances where people may not like to hire women, considering that there is no mandate on hiring a certain number of women in an organization.

The India law has a provision for men in the government sector to take a 15 day family leave. However, there is no such mandate in the private sector.

The concept of paternity leave is a proactive concept and represents the growth of society. Currently, we don’t have provisions for paternity leave. However, as time passes by, it is expected that the demand for paternity leave may also engage the attention of lawmakers and they may also move in terms of legislating in the said direction. How long is that going to be, is something that is hard to predict.

Nations and society have to recognize the significance of both men and women employees. It is part of the benevolent duty of every employer to ensure the benevolence and welfare of their employees. All positive steps taken to enhance the quality of employment conditions would have a direct impact upon the retention of the said employees over a long period of time, apart from contributing in their own remarkable manner in the further growth of the said company and thereby the overall economic growth of the country.