Worldwide Spending on Augmented and Virtual Reality Will Reach USD13.9 Billion in 2017: IDC

AR/VR spending will accelerate over the next several years, achieving a compound annual growth rate (CAGR) of 198.0% over the 2015-2020 forecast period and totaling USD143.3 billion in 2020 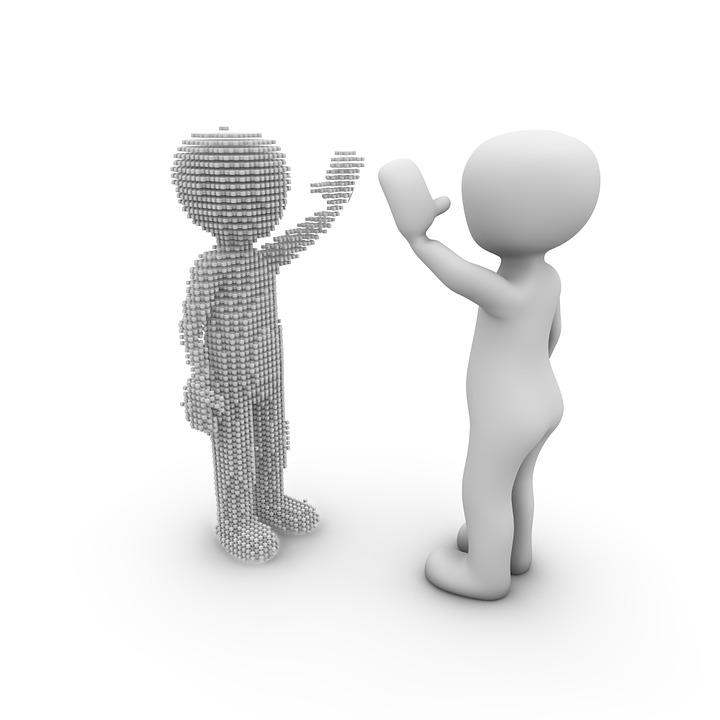 A new update to the Worldwide Semiannual Augmented and Virtual Reality Spending Guide from the International Data Corporation (IDC) forecasts worldwide revenues for the augmented reality and virtual reality (AR/VR) market to reach USD13.9 billion in 2017, an increase of 130.5% over the USD6.1 billion spent in 2016. AR/VR spending is expected to accelerate over the next several years, achieving a compound annual growth rate (CAGR) of 198.0% over the 2015-2020 forecast period and totaling USD143.3 billion in 2020.

"AR and VR headsets get most of the media attention right now, but the hardware is only as good as the software and services running on it," saidTom Mainelli, Program Vice President, Devices and AR/VR. "On the virtual reality side, producers are quickly moving beyond games to create new content mainstream audiences will embrace. And on the augmented reality side of the fence we're seeing commercial entities begin to more seriously evaluate the technology and begin to test the waters of app development.”

The consumer market will be the largest AR/VR segment throughout the forecast period with worldwide spending on hardware, software, and services expected to reach USD6.2 billion in 2017, an increase of 130.5% over 2016. Industry spending will trail consumer spending as virtual and augmented reality applications slowly find their way into everyday use. Discrete manufacturing and retail are expected to be the only two industries spending more than USD1.0 billion on AR/VR solutions this year. Driven by a five-year CAGR of 238.7%, retail will move ahead of discrete manufacturing to become the top industry for AR/VR spending in 2020. Similarly, process manufacturing will move into to the number three position in 2020, overtaking personal and consumer services. Following retail, the industries that will experience the fastest growth over the forecast are transportation (233.7% CAGR) and healthcare providers (231.8% CAGR). 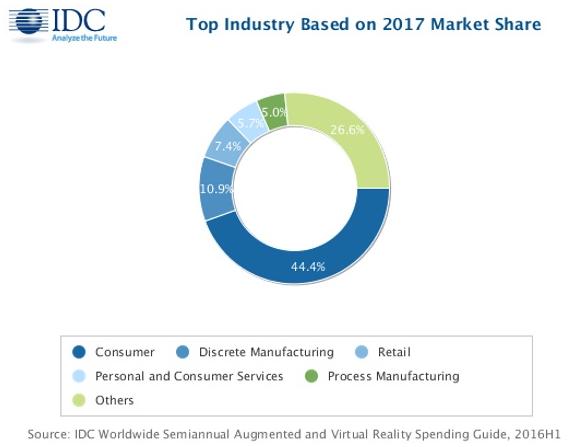 Spending on VR systems, including viewers, software, consulting services, and systems integration services, are forecast to be greater than AR-related spending in 2017 and 2018, largely due to consumer uptake of games and paid content. After 2018, AR spending will surge ahead, hitting stride in healthcare delivery, product design, and management-related use cases.

"Early enterprise adopters have often rolled their own tools and applications, while commercial AR & VR enterprise offerings develop. At this stage to make the transition to a robust technology spending environment, third-party custom application development and systems integration will fill a vital role in bringing projects to life," added Marcus Torchia, Research Director, Customer Insights and Analysis. "We expect initial AR spending to lean on mobile workforce-based use cases, where AR headsets are a natural enhancement to existing mobility investments. And we will see education, research and design applications form a foundation of adoption in professional environments."

On a geographic basis, the United States will deliver USD4.3 billion in AR/VR spending in 2017, followed by Asia/Pacific (excluding Japan)(APeJ) at USD2.6 billion and Western Europe at nearly USD2.5 billion. The consumer market will be the largest segment of AR/VR spending in all three regions in 2017, followed by personal and consumer services in APeJ and discrete manufacturing in the United States and Western Europe. By 2020, discrete manufacturing will become the top spending segment in the United States while retail will become the second largest segment in APeJ.