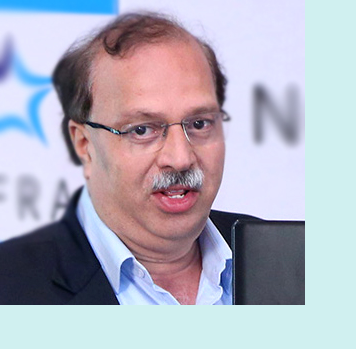 The Institute of Development and Research in Banking Technology (IDRBT) is the research and academic unit of Indian central bank, Reserve Bank of India. It helps Indian banks help deploy and get the best out of technology. It recently conducted a blockchain trial involving multiple banks. The institute has come up with a whitepaper that discusses the possible opportunities and challenges of blockchain for Indian banking sector apart from enumerating the learning from the proof of concept.

Dr A S Ramasastri, Director of IDRBT shared his views and IDRBT’s plans on blockchain with CIO&Leader.

Banks have largely shrugged off cryptocurrency but have gone for blockchain. Why?
Bitcoin was a big instance of adoption of blockchain. Bitcoin is not a legally accepted currency and therefore has issues in acceptability. Though blockchain technology is suitable to currencies, in view of the background of its introduction for bitcoin and associated concerns of its acceptability, it has not yet been used for cryptocurrency. Recently, there have been initiatives by central banks for studying the feasibility of using blockchain technology for the legal currencies issued by them. As sole authorities of currency issue in most of the countries, it is a call to be taken by central banks. Central banks do not jump to alternatives unless they find them to be secure, strong and sustainable.
Which are the areas where blockchain can make maximum impact in banking?
In the inter-bank segment, centralized KYC can be of great benefit. Similarly, syndication of loans can be a potential area of application. Trade finance, an area for which a PoC was done, can make a difference in banking. The whitepaper published by us identifies possible areas in both intra-bank and inter-bank segments.
Where do you think DLT/Blockchain will fit in the most for Indian banks?
It is too early to discuss the actual roadmap of blockchain adoption by Indian banks. We have just released the whitepaper indicating the concerns and issues in its adoption in the areas of banking and finance. There are likely to be discussions among banks on the pros and cons of its adoption. We ourselves will be holding a few workshops bringing bankers and solution providers together to have further deliberations on the points and pointers indicated in the whitepaper.
What policy/regulation areas need to be worked on for blockchain to be implemented?
As I mentioned earlier it is just a beginning. It is too early to look at policy and regulatory changes. The Reserve Bank of India has always been in the forefront of technological adoption by Indian banks and they will take appropriate steps when needed.
Any learning about challenges from the blockchain trial that you would like to share?
It is reported in the whitepaper. What was attempted was just a PoC in a very small way to see the potential of use of blockchain in the area of trade finance. A proof of concept is some kind of demonstration and not full scale deployment. It has its limitations. It served the purpose of PoC.
What are your next steps on blockchain?
As an academic institution, IDRBT is focussed on looking at alternate technologies suitable to banking in India. Blockchain has potential for adoption in some areas. As mentioned earlier, we will continue to bring banks and solution providers closer to explore the possibilities of adoption where it benefits most with least disturbance to the existing systems.