An Introduction: The role of Blockchain in the Global Economy 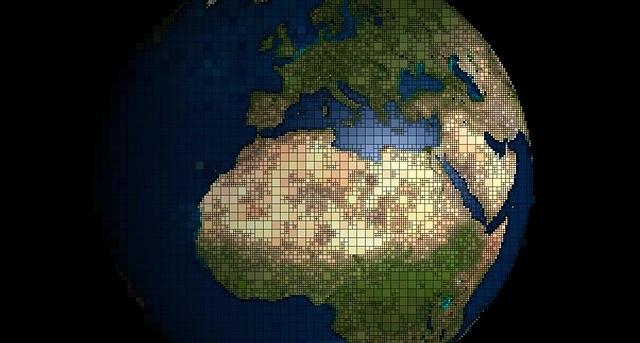 It is immensely unfair today to introduce blockchain as the technology behind bitcoin. While it is a fact—and everybody knows it—that it is indeed is the technology that powered the most successful cryptocurrency in circulation, blockchain, today, as a phrase, is far more ‘respectable’ than bitcoin itself.

The world of business—led by banks—have overwhelmingly embraced blockchain even while many of them are openly skeptical and/or critical about bitcoin and cryptocurrency.

Many even call blockchain the biggest innovation since the Internet itself. But those are lofty definitions. The World Economic Forum’s description is far more apt and business-like. The Davos-based think tank simply calls it the future of financial infrastructure.

And why not? According to a new research by Infosys, one of the leading global vendor of core banking software, half the banks that it surveyed said they have either invested in blockchain or will do so in 2017. “Banks have collectively invested more than a billion dollar on blockchain already,” says Rajashekhara V Maiya, AVP & Head – Finacle Product Strategy, EdgeVerve, an Infosys company.

Summary: We are not talking of the future here. Blockchain is today’s technology.

But there’s a catch. It does not mean that it has covered the path other technologies traverse to reach where it has reached. It has skipped one significant step. Most other enterprise technologies are tested at the lab conditions before being taken to the users.

Blockchain, from day one, has never followed that path. First, it was running bitcoin. And now, it is shaping up in the real business world through numerous proofs of concept, not in vendor labs. Yes, vendors are involved; they are working on it in their labs. But the real progress, even in basic technology, is happening in the real world.

So, few talk of the bits and bytes.  It is all about ideas and use cases. That is both good news and bad. It means it will evolve to be far more robust. At the same time, in the connected world, that may lead to some really, really big hiccups on the way.

Well, that is how the Internet itself evolved. Now, the comparison does not look too odd, though only time will tell how big it becomes. For the time being, it is sufficient to make it clear that it is becoming a far broader technology than just a banking technology.

What exactly is blockchain?

To the uninitiated, at the conceptual level, blockchain is just an enabler of trusted transactions.

In practice, it ensures the trusted transactions through a shared ledger with access given to multiple entities that have traditionally maintained their own ledgers, and often compete with each other. In the last few years, as the ledgers have been automated, these are maintained on multiple IT systems, which send some kind of messaging to each other about a transaction. 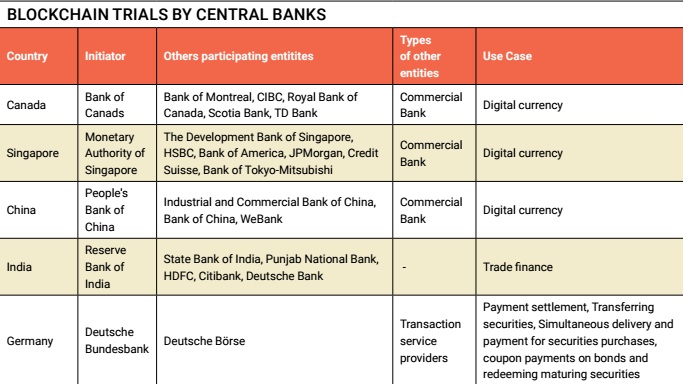 Once they share a ledger, with adequate privacy, a transaction does not have to be recorded multiple times by multiple entities. Based on their permissions, a participating entity can initiate, modify or just see the transaction. What is really different is that traditionally, the competing entities have required a trusted third party to secure those transactions. But blockchain/D:T, by making transactions transparent, removes the need for that third party.

In essence, DLT is differentiated from traditional systems in just two ways. One, the control of read/write access is not logically centralized; it is decentralized. Two, it allows secure transactions in competing environments, without trusted third parties.

While enabling trusted transactions is the concept, it can create business value in multiple ways, two primary means being enhancing efficiency (cutting time and cost) and reducing/removing risk.

But how does it enhance efficiency?

Take a supply chain transaction where multiple entities--typically, a financier, a supplier, and an OEM and logistics provider—work together. Though there is one conceptual business transaction, in reality, it is broken into multiple intermediate transactions, such as invoicing, discounting, pricing and movement of money.

The reason today it takes so much time is because these individual entities which take part in this conceptual business transaction are all individual IT systems. Those IT systems are connected through messages and do not have shared space and common infrastructure.

“In a business network,” expains Sriram Raghavan, Director, India Research Lab, IBM, “in the absence of trust, you start putting in additional controls.”

Now, this is how trust enhances the efficiency.

One, it lets this business run in a single infrastructure and everyone sees the same verifiable step, that is, invoices pending/invoices cancelled/invoices discounted/invoices approved. So, these individual steps in the workflow move faster.

Two, certain steps can be automated and even be omitted.

While reduced time and hence reduced cost (resulting in enhanced efficiency) is the low-hanging fruit, there are many benefits. Take trade finance systems. They deal with payments but the physical goods are moving. Today, they are unable to track the goods and don’t know if there is some fraud happening and unaware about currency fluctuations. There is so much unknown and the only way is to bundle all the risks into the financial products. Now, trusted transactions give them better visibility and therefore, they can make these financial products reach a wider community.

“So now you have moved away from cost and time efficiency into new products and new innovation. This is the task we see in every industry. It may start with time and cost but gradually move into new products that are possible today but weren’t possible before,” explains Raghavan of IBM.

Banks know that better than anyone else. It is not surprising that banks identified ‘potential for creating new investible assets’ as the top benefit accrued from blockchain in a new report Blockchain Technology: From Hype to Reality, published by Infosys in February 2017.

Today, that number has risen significantly. There are more than 200 companies that have joined more than 25 consortia globally. Some of those are broader while some are industry specific; yet others are geographical region specific. India may see its first consortium soon.

Many of them (DigitalAssets, R3, IBM, Intel, Blockstream) have come together under the aegis of Hyperledger project, started by Linux Foundation in December 2015. Its platform, Hyperledger Fabric, is gaining a lot of currency. Even in India, most trials, including one by RBI research unit, IDRBT.

While many are creating their own blockchain technologies, going forward, interoperability among them may become an issue.

According to Infosys report, Blockchain Technology: From Hype to Reality, banks are fairly excited on blockchain.

·        Cross-border payments, digital identity management, clearing and settlement, invoice financing and letter of credit process are top five use cases that banks have gone for in their trials

Some regulators are fairly proactive to test out blockchain. While some have taken a field trial route, some others are studying the impact on regulation. In countries like Germany, China, India, Singapore and Canada, regulators have gone for trials.

So, what is the India story?