Cisco’s Spark whiteboard was the showstopper 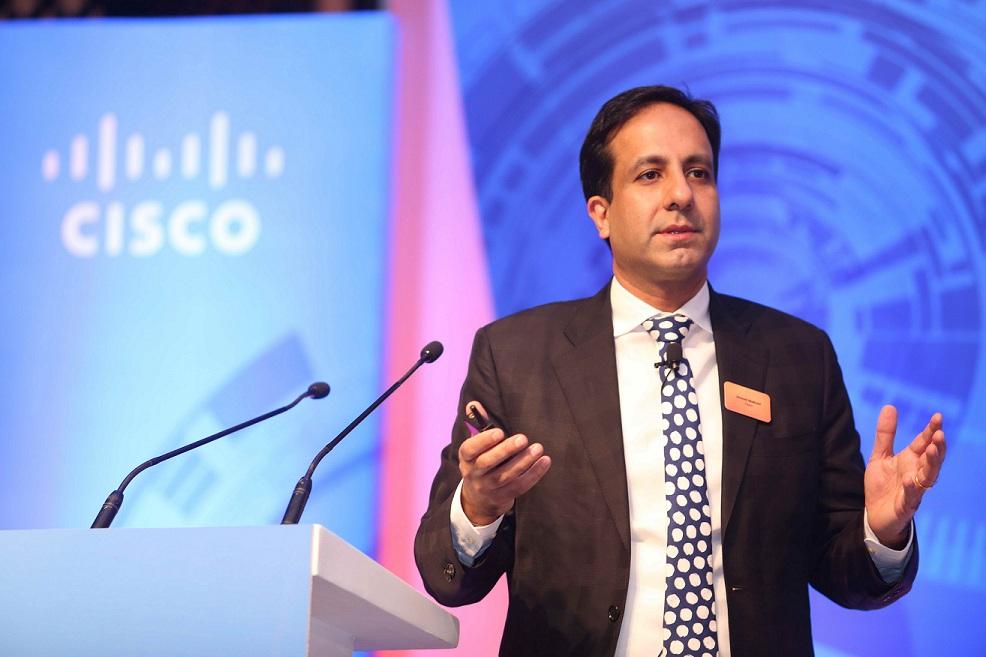 The Cisco India Summit 2017 was meant to brief media and analysts on Cisco’s positioning around digital transformation. Winning in the Digital Era—was the official theme of the conference which gathered close to 60 journalists and analysts at the luxurious ITC Grand Bharat near Manesar in the national capital region. And the company ensured that messaging around its approaches to digitization is strongly reiterated. No one who attended would have come out without “secure, automated, simple and automated” strongly etched in memory. And yes, if you are wondering about the sequence, Cisco India president Dinesh Malkani left nothing for imagination. “Today, the discussion on security precedes the discussion on the actual solution,” he said in his opening address.

Geography-specific annual briefings from tech companies have traditionally been a mix of commenting on the trends, some flexing of muscles and a brief on future. Except for one customer presentation in the form of a talk by Anil Shankar, CIO of Shoppers’ Stop, there was little that could qualify as show of strength. Even Shankar’s presentation was fairly soft on the technology and Cisco part.

So, security and collaboration dominated the entire summit, with one of the two days fully dedicated to security in which India’s cybersecurity boss, Dr Gulshan Rai joined as the chief guest and inaugurated the new Cisco Cyber Range Lab, its fifth globally. The lab, set up to train Indian companies and government agencies on countering real world cyber attacks, is an attempt to solve the skill problem, which Dr Rai himself has pointed time and again as the No 1 challenge in the area of cyber security for India.

While security did get highlighted a lot, what caught the imagination was a collaboration tool, namely Cisco’s new Spark Whiteboard. The 4k display, 4k camera tool that is an audio/video-conferencing tool, projector, and of course, a digital whiteboard, is connected to the Spark cloud and is built on Spark platform, to work with all Spark components such as Webex. While Microsoft Surface Hub and Google Jamboard are already available competition—and I am not getting into a comparison—where Cisco traditionally excels is creating convincing new use-cases. This time too, it is trying that, linking it not just with future of work, but with digital transformation itself. The Spark board is being sold at USD 4999 and with a subscription price of USD 199 per month.

In short, collaboration, security, digital transformation, SMBs and channel were the trending topics in the event.

What was a bit surprising was Cisco’s decision not to include a high-interest topic like smart cities—incidentally a big focus area for the company—in the agenda. Neither was it there in the parallel tracks.

Of course, no one was expecting dedicated sessions on routers and switches, but what was really conspicuous by its complete absence from the agenda was the cloud/datacenter story - with all the discussion around hyperceonverged indrastructure and the like. This is one area where Cisco has been on the ascend. In datacenter infrastructure market, Cisco is one of the top three players. It is a leader in private cloud solution. While Cisco’s networking, security and collaboration positioning is well-known, its strong market share in datacenter is still not very well-known in India. It became evident during an informal chat with a few fellow participants.

So, why did Cisco choose not to play it up?

Is it because Cisco is seeing comparatively lesser potential in the short run in that segment? Or it still does not have a convincing India story to tell? Or, is it because as shown by some new research, interest in private cloud, its major thrust area, is dropping of late? Or is it simply that it is tweaking its approach in Indian cloud/datacenter market? Well, I posed some of these questions to Rajesh Shetty, and will do a separate story around that. But the short answer to all this might just be tactical. Unlike collaboration and security, the approaches are not too differentiated from vendor to vendor, at least not in India. It’s still a hard metrics driven capability and commercials that win rather than a great narrative.