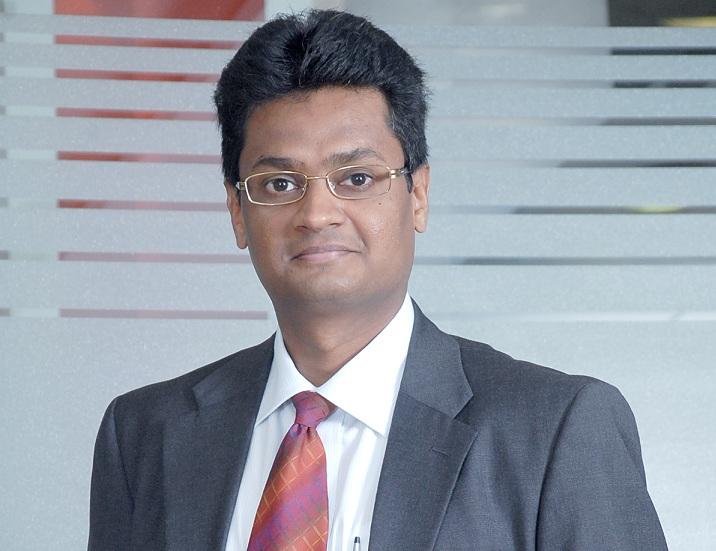 Cisco is one of the top three players in cloud infra solution. Beyond the separate components—UCS servers, networking and security—how do you approach cloud?

Over a period of time, as people started getting more and more comfortable in terms leveraging a cloud, they moved completely to run on a public cloud. That was the time some of the workloads started moving from in-house to public cloud. Over a period of time, they realized there are certain advantages when you have a cloud which is inside your enterprise, which is private cloud. You get much better scalability, better application performances, better control and better security building.

Then it was all about the question—which applications are going to be in-house and which ones are going to be outside cloud? That is the hybrid cloud scenario. This gives you a mechanism to choose: ‘my data might be in-house but I have certain workloads that will operate out of one of the cloud or across multiple clouds.’ We have created Cisco Cloud Center, which allows you to do exactly that.

We acquired a company called CliQr and we obviously had Inter-cloud. We took all the APIs of in-house cloud and have combined them together to create Cisco Cloud Center. We have created a workload within the cloud center. Then you decide whether it should be deployed in-house, AWS or Azure or if an application is working on AWS, can we move from AWS to Azure or brought in-house or whichever combination that you want. It actually creates what a cloud is supposed to create. Investments are going up because the combination of all those things is now bringing cloud to where it should be, providing you a platform rather than putting it onto specific silos.

But the trending phrase is seamlessness…

Exactly. I spoke to you about Cloud Center which allows you to do just that. We have Cisco ACI, which is our SDN solution. If you hear what we have been talking about in the last one year, we launched the next-gen datacenter architecture, which we call as ASAP. This is an acronym which stands for Analyze-Simplify-Automate-Protect. What an ASAP datacenter allows to do is getting visibility of your datacenter. I’m using the datacenter term in entirety, that is, it is not anything to do with the datacenter in your enterprise. The cloud also is included in that. We have a software called ‘Tetration’, representing the first ‘A’ of ‘ASAP’. Tetration gives you complete insight into your datacenter. It looks at every packet flow that is happening. There are sensors on servers. So it collects information from all of that. It looks at all the data flow that is happening and the entire meta data is encrypted so that is secure. The best way to describe Tetration is to call it the ‘DVR’ for your datacenter. What Tetration does is it looks at all the flows and captures that (who is talking to whom, how long, the meta data that comes, what protocol is being used, the volume of data, etc.). Once you have the flows, basically, you’ve got visibility. Then you can do ‘What if’ scenarios and ‘white listing’. From a protection point of view, there are two ways that you can protect: one is the traditional way where you basically, blacklist. For example, if you are not allowed to talk, you put an access-control list in-between. The other way of doing is ‘white listing’ where everything gets denied. Here, no one talks unless there is an explicit rule. So Tetration gives you visibility, allows you to create white list very securely and with knowledge which offers you far better scalability because you are removing unnecessary traffic patterns in your network and more importantly, gives you much better protection. So that’s one portion of that. The second portion is obviously our SDN solution. Our ACI solution has been there for the last 3-4 years. It’s evolved quite a lot. Today, in India, we have 100+ customers who have already deployed ACI and close to 400 more customers who are ACI-ready. So this is a mechanism which is automating and simplifying operations. From Tetration, lets say, you have decided on a specific policy. Now the policy has to be deployed. It has to be deployed in a very seamless fashion across your enterprise. ACI is the one which allows you to do that. We recently launched our app server for ACI. So you leverage ACI applications and start using that within your datacenter. That’s the other advantage which comes and it also got all the security features.

Of late, research firms like Forrester and SRG have been saying that local cloud service providers are losing out to hyperscale providers. How do you see that?

It is like e-commerce; that’s one ‘big guy’ and the rest are ‘smaller guys’. That is a trend which we see quite a lot. AWS has a larger market share if you look at public cloud. A lot of startups are also leveraging AWS but that does not mean the other guys don’t have business. Many also say that we don’t want to be purely on AWS or Azure platform. In India, for example, Netmagic is doing extremely well.

From the Indian market perspective, where we are looking at consolidation or places where somebody will dominate, then obviously you have AWS leading because of ease of operations and the sort of facilities enterprise that they provide. It is a growth market and there is plenty for everybody. I’ve been talking to lot of Indian companies and they have been doing extremely well, for example, Netmagic, Sify and few others.

In certain markets, including the US, some of earlier cloud providers are becoming professional service providers around the hyperscale…

Absolutely, that is the area where Cisco provides quite a lot of benefits, for example, the ASAP messaging which I talked about. If you are setting up cloud and start offering services and you want to offer differentiated services, the only way you do that is if you have the infrastructure which provides you that. So whether it is Tetration or new acquisition that we did of AppDynamics, those are the ones which gives you visibility and that’s what Cisco can provide. ACI can provide you the scalability and automation and the speed of tailoring your services and bringing security into it. So we provide these to cloud providers, whether private or public. We are increasingly seeing more and more public cloud providers saying that, how do we provide differentiated offerings, how do we leverage those services which our infrastructure can give it to you. So one side is the whole hyperscale cost point, swipe your credit card and get ‘x’ amount of service and that will keep on ramping up. It is like any evolving market. First when you get into it, there is a certain type of service which is offered and meets the requirement of most. Then you have customers asking for differentiated services because their requirements have changed, they have evolved and want something more out of it. That will be provided by the niche players. When I say niche, I say it from an offering point of view and not from a scale point of view. That’s a natural evolution in the market. From our point of view, what we are looking at is how do we be the partner of choice, depending upon who wants to do what, how can we have the products which can provide all the services that is required and can be monetized by a system integrator or ISV or cloud provider in terms of offering a solution to their customers. So that’s where Cisco comes in and we are seeing a lot of scope for us.

Let’s talk a little about the hyper converged infrastructure. What’s happening in India?

HPE, Dell EMC and Cisco are compete directly with each other. How different or similar is it in India on the hyperconvergence part as well as the entire cloud infrastructure?

It is more or less similar. If we take it from a market share point of view, especially from the servers aspect, we are No. 3 in India. In places like Australia and the US, we are No. 1. It varies from country-to-country. On the datacenter and switching side, we are the biggest around. So in various segments, Cisco is typically up there. In the compute market, you had Dell and HP for many years and we were the new entrant and we have ramped up extremely well. The Indian market is very similar to the global market. In some cases, Cisco might be a little bit up and in some cases, a little bit down. Our focus is on how we can play on an end-to-end basis rather than looking at it as one solution. We are a much more broad-based organization compared to most of the other companies. We have solutions right from switching to routers to datacenters. Our focus from customers is how do we partner with them for the entire thing, not just looking at datacenters, hyperconvergence, servers, etc. Although the server market is a bit up and down, the switching market is very steady from growth point of view.

What is the proposition and why do you think HPE-SimpliVity or Cisco-Nutanix kind mergers should happen or not, from a solutions point of view? Of course, I am not expecting you to comment on Cisco M&A…

Isn’t that against the first principles of hyperconvergence?

No, it’s all integrated. When the hyperconverged market evolved, it was compute-storage network. The converged solution was also the same. But no customer was ready to accept the change because lot of money, processes and workloads have gone into it and moving that is also not easy. We are giving that path. We are saying that you can connect everything together and ensure that your existing investments can be leveraged. Now no companies are in a position to do that. We can do that because we have the fabric architecture. If we look at from the customers point of view, the customer says, I want to go into hyperconvergence but when I’m going into hyperconvergence, I want to leverage my existing storage investments, how can I do that? We provide a mechanism to make that happen. You can decide that all your future investments are on hyperconvergence till you ensure that you use your older investments or you decide that I get much better efficiency out of my storage in my converged infrastructure. So I’ll add storage over that and get compute on hyperconvergence. Now that’s a very different positioning which CISCO has done than anyone else. We explain this concept to our customers that you are going into hyperconvergence from a simplicity point of view for simplifying your operations and help leverage investments to the maximum extent possible, ensure that your investment continues to give you the benefit that you have been looking out of it and move your workloads over a specific period of time into hyperconvergence scenario. So when we are in that particular scenario, our approach is to say that we get this message more and more out, we add more features and improve the