IDC study reveals that by 2021, worldwide IoT spending will be about USD1.4 trillion 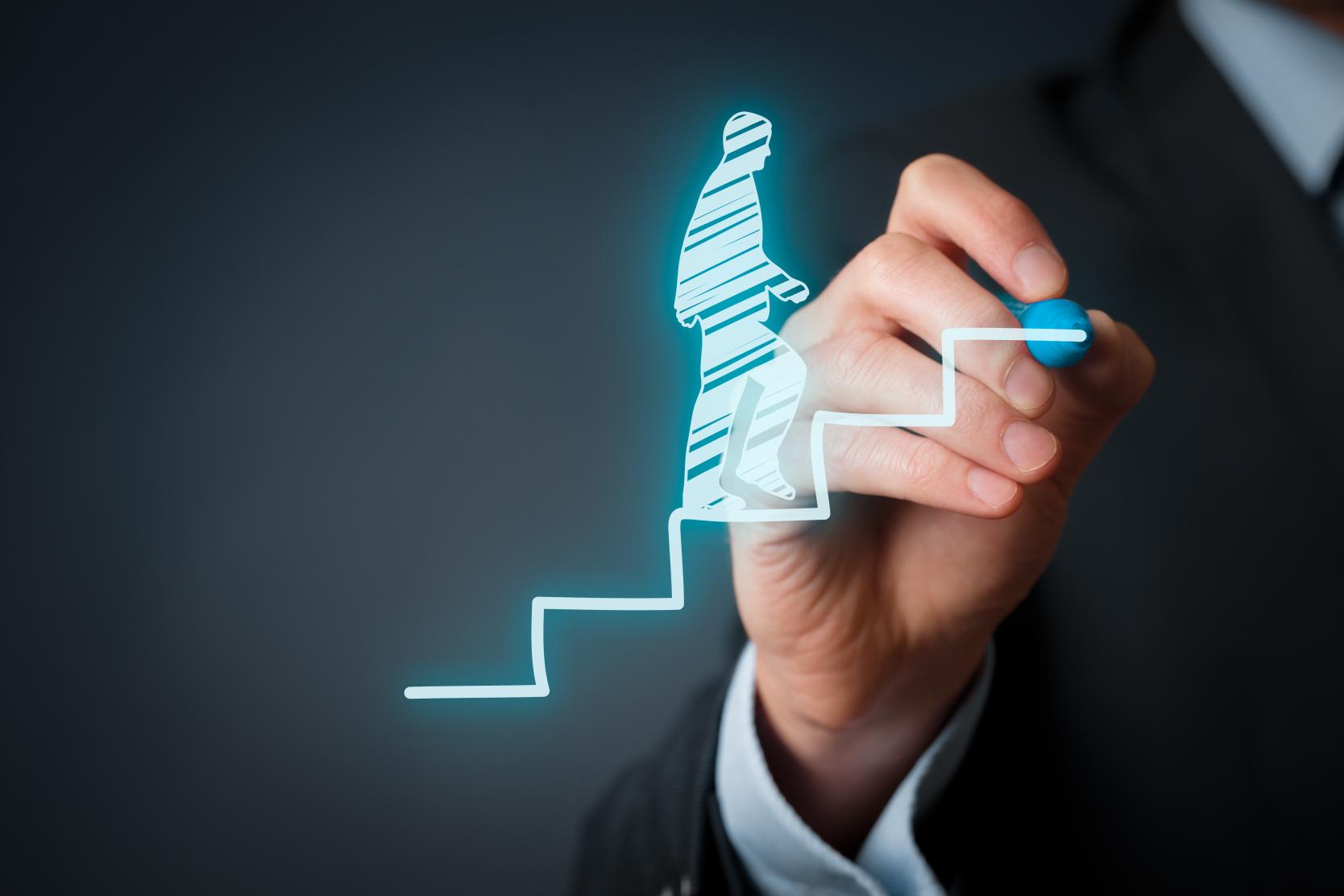 Global spending on the Internet of Things (IoT) will grow 16.7% year over year in 2017, reaching just over USD800 billion, according to IDC's Worldwide Semiannual Internet of Things Spending Guide. By 2021, worldwide IoT spending will be about USD1.4 trillion as organizations continue to invest in the hardware, software, services, and connectivity that enable the IoT.

The IoT use cases that will attract the largest investments in 2017 include manufacturing operations (USD105 billion), freight monitoring (USD50 billion), and production asset management (USD45 billion). Smart grid technologies for electricity, gas and water and smart building technologies will also see significant investments this year (USD56 billion and USD40 billion, respectively). While these use cases will remain the largest areas of IoT spending in 2021, smart home technologies will experience strong growth (19.8% CAGR) over the five-year forecast. The use cases that will see the fastest spending growth are airport facilities automation (33.4% CAGR), electric vehicle charging (21.1% CAGR), and in-store contextual marketing (20.2% CAGR). 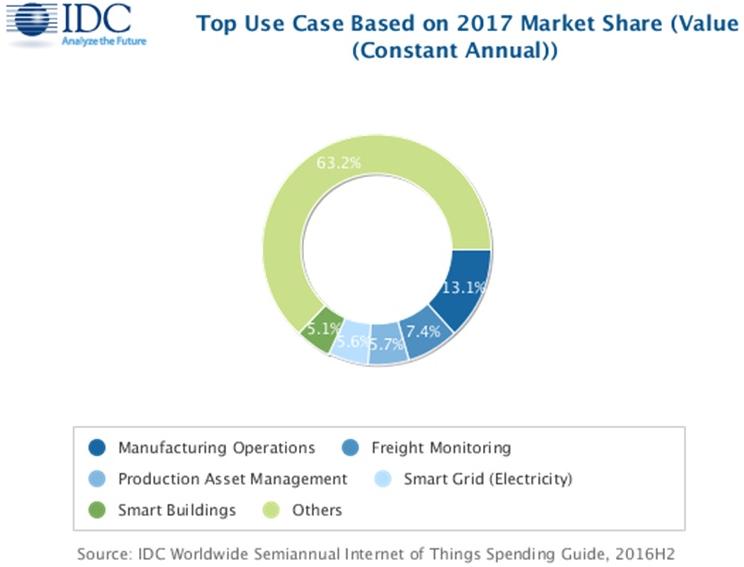 The industries making the largest IoT investments in 2017 are Manufacturing (USD183 billion), Transportation (USD85 billion), and Utilities (USD66 billion). Cross-Industry IoT investments, which represent use cases common to all industries, such as connected vehicles and smart buildings, will be USD86 billion in 2017 and rank among the top segments throughout the five-year forecast. Consumer IoT purchases will be the fourth largest market segment in 2017 at USD62 billion, but will grow to become the third largest segment in 2021. Meanwhile, the industries that will see the fastest spending growth are Insurance (20.2% CAGR), Consumer (19.4%), and Cross-Industry (17.6%).

From a technology perspective, hardware will be the largest spending category until the last year of the forecast when it will be overtaken by the faster growing services category. Hardware spending will be dominated by modules and sensors that connect end points to networks, while software spending will be similarly dominated by applications software. Services spending will be about evenly split between ongoing and content services and IT and installation services. The fastest growing areas of technology spending are in the software category, where horizontal software and analytics software will have five-year CAGRs of 29.0% and 20.5%, respectively. Security hardware and software will also see increased investment, growing at 15.1% and 16.6% CAGRs, respectively.

Asia/Pacific (excluding Japan)(APeJ) will be the IoT investment leader throughout the forecast with spending to reach USD455 billion in 2021. The second and third largest regions will be the United States (USD421 billion in 2021) and Western Europe (USD274 billion). Manufacturing will be the leading industry for IoT investments in all three regions, followed by Utilities and Transportation in APeJ and Western Europe, and Transportation and Consumer in the United States. Cross-Industry IoT spending will be among the leading categories in all three regions as well. The regions that will experience the fastest growth in IoT spending are Latin America (21.7% CAGR), the Middle East and Africa (21.6% CAGR), and Central and Eastern Europe (21.2% CAGR).