More than 100 CIOs attended the three day event, which hosted the civil aviation minister, Jayant Sinha as a keynote speaker 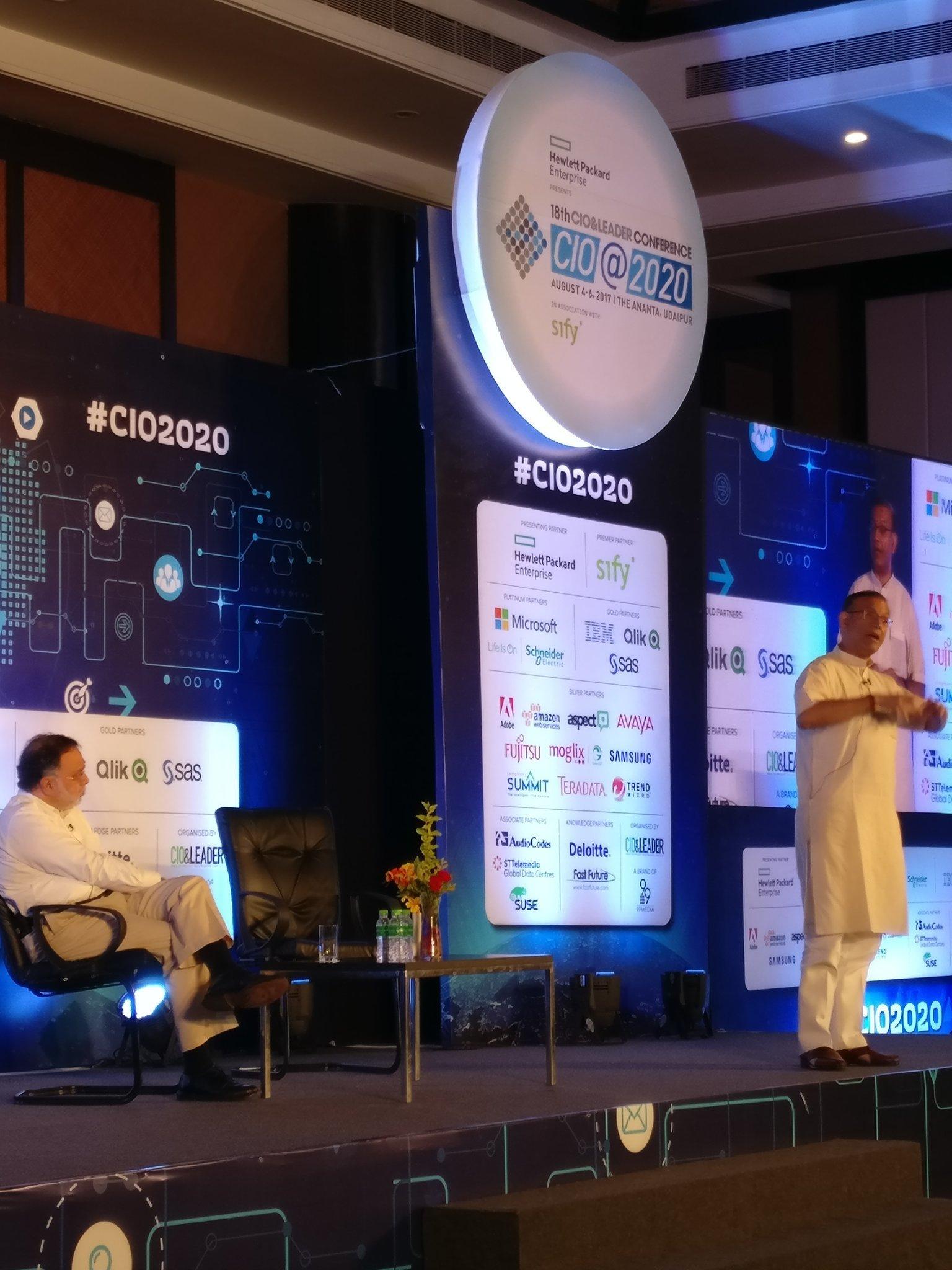 The 18th Annual CIO conference organized by CIO&Leader magazine ended on Sunday with more than 100 leading CIOs working together to create a strategic agenda for their broader fraternity—CIOs of large and medium enterprises across India.
The final day of the three day event, organized between 4th and 6th August 2017 at the picturesque Ananta resort in Udaipur also hosted civil aviation minister Jayant Sinha who delivered the keynote address.
In his speech, Mr Sinha explained how the reforms initiated by the NDA government are accomplishing structural changes in Indian economy. Labeling the current round of reforms as Reforms 3.0, he claimed that the changes are the most profound this time. He listed six buckets of reforms and explained how the government is initiating major changes through each of those.
The three day event witnessed some impactful sessions consisting of keynotes on leadership and management, CIO sessions including presentations and panel discussions, solution presentations by technology companies, workshops, interactive items, such as Idea Café, Speed Dating and Agenda 2020. Agenda 2020, a new feature in this year’s conference, sought to create a strategic agenda document for broader CIO community in India. Described as for the CIOs, of the CIOs and by the CIOs, the initiative saw attending CIOs being divided into working groups focused on one technology or management aspect of a CIO’s responsibility and created a set of recommendation and roadmap for each of those aspects. Each of the groups presented their recommendations. The recommendations will be presented in a book and would be distributed among CIOs and IT Heads of large and medium IT enterprises across India.
A workshop on innovation by Ashvin Vellody of Deloitte, a presentation on human enterprise by futurologist Steve Wells, a keynote by Akshaya Patra UK CEO Bhawani Singh Shekhawat and CIO panel discussion and keynotes featuring leading CIOs were other highlights of the event.
The event had its share of fun, entertainment and royal moments. A live performance by Manganiyars and a royal dinner at Fateh Prakash Palace where the delegates also spent considerable time with Maharana Arvind Singh Mewar helped the CIOs unwind.
More than 20 leading technology companies joined as the partners for the event, led by Hewlett Packard Enterprise (HPE) as the presenting partner and Sify as the premier partner. Other sponsors included Microsoft, Schneider Electric, IBM, Qlick, SAS, Aspect, Adobe, Avaya, AWS, Fujitsu, IBM, Microsoft, Moglix, QlikTech, Samsung, SAS, Symphony Summit, Teradata, Trend-Micro, AudioCodes, STTelemedia and SUSE.