Why CIOs should develop a future-back strategy? 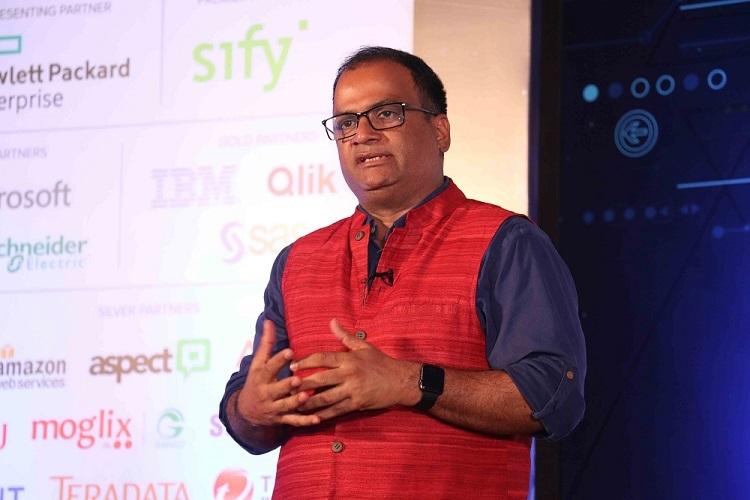 The CEO of Akshaya Patra Foundation UK, Bhawani Singh Shekhawat, spoke to CIOs about how to develop a future back strategy in the backdrop of the 18th Annual CIO&Leader Conference 2017.

Shekhawat asked CIOs: What percentage of innovation in the world meets two of the three agreed objectives or hurdles?

"About 99.2% fail to reach two of the three agreed upon hurdles. It is not because these innovations were under-funded or leaders wanted them to fail, but it is because they have looked at innovation in isolation," said Shekhawat.

So how do we put it all together?

Giving Akshaya Patra's example, Shekhawat said that the purpose of human lives is to discover and unleash genius.

At the foundation, when we ask our employees: Why do we exist in this world?

"We exist to eliminate social inequity in one generation; which is almost an impossible dream. But only the impossible should be pursued by human beings, particularly leaders," he said.

"The Akshaya Patra Foundation serves more than 1.7 million meals every single day. For the last 17 years, the foundation has operated as a manufacturing NGO," said Shekhawat.

"Leaders tend to have their myopias because they don't themselves ask this question. To me, the critical aspect of leadership is to build an organization which is not current-forward but future-back," said Shekhawat.

He asks CIOs to think of all of the breakthroughs that there are: Think about the world that they do not see; think about the interplay between technology and the knowledge systems that you head, think about what the customers really need, think about how you make promises – what are the things that you learn to say that trap you; think about your contracts as commitments.

He lists down four important questions that leaders must ask themselves:

Shekhawat urges CIOs to “think of what is core and what is periphery. Remember that these changes are happening at the periphery and not at the core. As knowledge workers, as people who inspire your organizations with new wisdom - think about the outliers, and not just the obvious."