AI does not mean losing jobs; it means it's time to reskill your workforce

After all, it is often, not the strongest of the species that survives, but the one that is the most adaptable to change 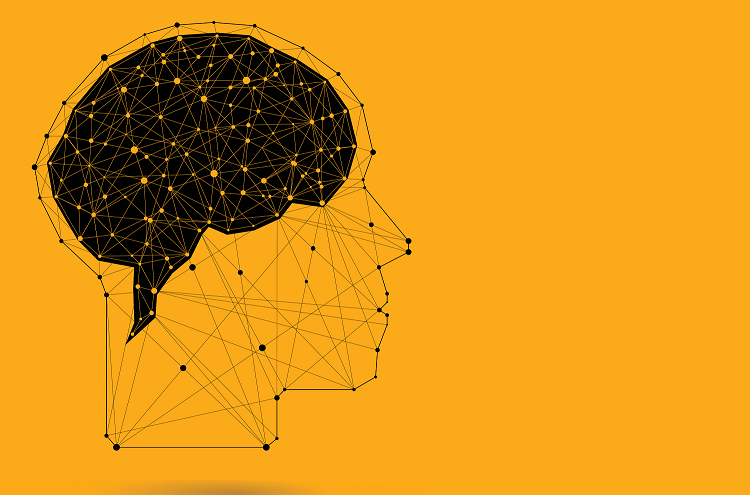 As I write this story, I'm fully aware of the future of my job as a technology journalist. We now know that artificial intelligence (AI) can now be used to write a grammatically-correct news copy. The Press Association, a news agency operating in the UK and Ire-land, has won a EUR 706,000 grant to run a news service with computers churning out localised news stories.


Managing all these new-age platforms will require reskilling

IT jobs suffer the same fate at the hands of cognitive technologies. This doom, as some like to call it, was long coming.
And yet, we continue to be hope-ful about the future of our work. In a research titled Workforce of the future: The competing forces shaping 2030 carried out by research firm PwC over the last decade, drew on the inputs of 10,000 people in China, India, Ger-many, the UK and the US, revealed that 73% think technology can never replace the human mind while 37% are worried about automation putting jobs at risk – up from 33% in 2014.
As if we didn't know already: Yes, automation will curb employment -including jobs in IT. But the more fundamental – and difficult – question we must ask of the future of work is: Is reskilling of the workforce a solution to this problem?
According to World Economic Forum’s Future of Jobs survey in 2016, organizations recognize reskilling and retraining as a priority. Just over two thirds of respondents from the survey believed that future workforce plan-ning and change management features as a reasonably high or very high pri-ority on the agenda of their company’s or organization’s senior leadership, ranging from just over half in the infrastructure sector.
“We probably did not reskill ourselves in 2000s, therefore face this redundancy now.” Tamal Chakravorty, Director IT & Test, Ericsson Global Services India
“Every few years there is a need to find new-age solutions to meet enterprise and engineering environ-ments. It’s true for all areas. Look at consumer durables, look at refrig-erators or TVs. IT is no different and new products keep coming out and therefore, new skills are required to run and manage those products,” said Tamal Chakravorty, Director IT & Test at Ericsson Global services India.
"But honestly these may not be termed as “new” therefore skills may not necessarily be “new”. If someone talks about cloud skills today it was the same skills in 2000 called “hosted datacenters”. We probably did not reskill ourselves then, therefore face this redundancy now," said Chakravorty.

We have been here before

Enterprise IT jobs were threatened by the advent of cloud. But we all know what happened there. From 2012 to 2015, IDC predicted cloud computing to generate a total of 6.75 million jobs in China and India. In a recent fore-cast, the research firm predicted that the worldwide market for cloud-based SaaS offerings is expected to expand by about 20% per year through 2018. Even though a quantifiable number is not available to measure the impact that cloud computing had on the over-all employment in the IT sector, but it can be measured indirectly via the rise in demand for IT services, the growth of online commerce, smartphones, and startups...the list is endless.
Therefore, the net effect of any job loss caused by increase in the adoption of cloud has more than made up for the overall employment opportunities that it created in different industry sectors.
Sanjeev Prasad, Global CIO at Sutherland Global Services, who crafted a cloud first strategy as early as 2010 during his tenure as a Global CIO and leader of Digital Platforms at Genpact, has seen the evolution of cloud from close quarters. He said that the advancement in technology is bound to bring in automation and retire redundant jobs.
And AI is a déjà vu moment for cloud computing -with one stark difference.
According to Padmaja Alaganandan, Executive Director - Consulting at PwC Consulting, “this is the first time since the industrial revolution that some of the cognitive functions including decision making, will be taken over. That's why AI is reaching some kind of an inflection point.”
What should we do?
“There's no perfect answer but it presents a huge opportunity for training companies to prepare the digital work-force of the future,” said Prasad.
According to Alaganandan, there are two important steps that come before reskilling of the workforce. The first step, she said, is to design the workforce for the future. “Companies need to create a flexible ecosystem that can provide easier access to different skill sets and allows different stakeholders to become part of the value chain.”
The second step, said Alaganandan, is to determine the role of AI in order to address which of the jobs in your organization can be best done through cognitive technologies.
The third and the final step in this context, is to identify and up-skill employees in your workforce for bet-ter, more important jobs in the organi-zation.
India's most profitable PSU, Indian Oil is on a 5 -year mission to automate its fuel outlets in the country. Besides automation, it also plans to turn 30 out of its 130-odd terminals/depots into smart ones in the next one year. The Corporation has about 25,000 petrol pumps of which 8,800 are auto-mated.
The company is using IoT to collect a large amount of data from its plant machinery and equipment. It is using analytics to not only improve the effi-ciency and performance of plants but perform predictive maintenance to
determine the condition of in-service equipments in order to predict when maintenance should be performed. It is also planning to deploy a chat for its field force with an aim to assess its usefulness in their day-to-day work-ing.
"Managing all these platforms requires reskilling," said Deepak Agarwal, Executive Director - IT, Indian Oil Corporation.
“We have reskilled more than 90% of our existing workforce,” he added.
The trick, Agarwal said, is to make sure that our internal IT team is work-ing side by side with external stake-holders in the project from planning to execution for long-term IT projects; for one-time deployments, we can hire external stakeholders,” he added.
The other approach is to hire smart. The PSU recruits once a year and the process starts well in advance. “First is to make sure that you recruit from good universities who will educate these people; HR, to understand what kind of workforce is needed; business, to tell us in advance that they would need tech skills, and IT, to decide whether I need to retrain my existing manpower or hire from outside,” said Agarwal.
Chakravorty said that we must align their training programs with the orga-nization’s future strategy and answer questions like where would they get talent from, colleges, or prepare them in-house or on-job-training.
“It’s time that we outsource mun-dane work allowing our employees to grow up the ladder and free them up to innovate and learn,” he added.
It’s not going to be easy.
"There's no question that lower-skilled IT employees who cannot enhance their skills to work in a highly automated, large-scale environ-ment," said Prasad.
“But the job prospects will be high in areas such as data science, critical thinking, business analytics, etc,” he added.

What does it mean for IT leaders?

A few years ago, it was predicted that the CIO role will perish.
Today CIOs are spending more time on the business executive elements of their jobs compared with three years ago. In fact, CIOs from top performing organizations are spending up to four days more on executive leadership.
According to Gartner’s 2018 CIO Agenda, 79% of CIOs report that digital business is making their IT organizations more "change-ready," which suggests that this is a good time to implement change to the IT organizations, and, in turn, should make the transition to the new job of the CIO easier.
Change won’t wait for anybody – not even the IT leaders. If organizations are to embrace the future, they must not only focus on their workforce but the leadership at the top. We are today on the cusp of a Fourth Industrial Revolution.
Adaptability will be an essential leadership skill to navigating the changes ahead. It’s impossible to pre-dict the skills that will be needed even five years from now, so leaders and their organizations need to be ready to adapt – in each of the worlds we envisage – or perish.
Zoom Kobe XIII ZK13