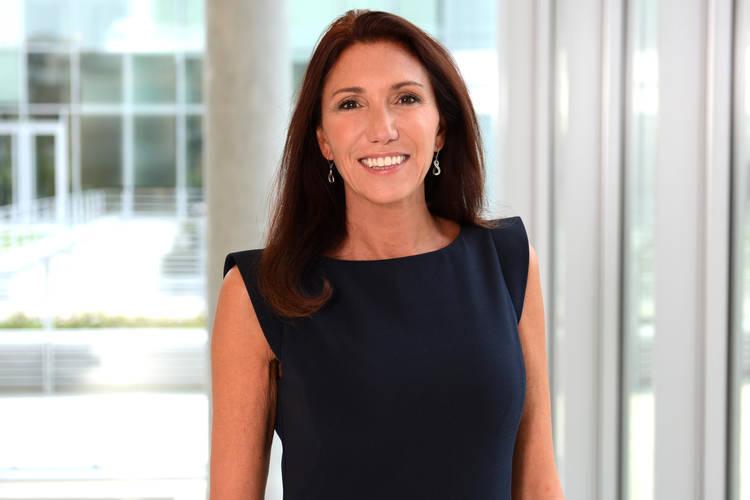 Monica Menghini, Executive Vice President & Chief Strategy Officer, Dassault Systèmes, talks about the evolving nature of manufacturing and the role of the CIO, CTO and CDO.

Excerpts from the interview:

How is the Indian manufacturing evolving?

To me, manufacturing is probably the part of the value stream of the industry that has been the least innovative. Everything goes up in design engineering and sales. The sales force of the world is changing. The way we manage sales and marketing, is changing. In manufacturing, not a lot has changed since the 19th century.

We have started doing automation just 30 years ago with robotics and assembling things. The reality is that the manufacturing of tomorrow is smart manufacturing. I see that everyone in the world is at the same level – still trying to understand.

It is a difficult question to answer since I don’t know where India is from a manufacturing point of view. Take Siemens example, - one of my competitors which come from the government program of Germany. They talk about manufacturing 4.0 and automation, which was already invented 30 years ago. Automation depends on the level of robotics that is stored inside the assembly line of say, Mahindra or Ashok Leyland, whether you are advanced or not. But if I change the definition, it’s not manufacturing 4.0 that leave their own robotics. I meant the capabilities of the utilised process. Globally, things have moved from mechanical manufacturing to automation. In India you have the same mix; you have some of the industry that are still into the mechanical assembly, others that have entered into automation and others that are investigating or experimenting industrial IoT.

Any tips for Indian CIOs?

Today the biggest tip for a CIO is to distinguish a frog from prince charming. So a point solution can be effective but it is not scalable and is not capable in the long-term to transform the manufacturing - the shop floor operation into a site that is humanised and be highly instructed in terms of IoT information. So they need to start defining or giving their corporation their definition of success. Most of the time, the CIO or every one of us is actually trying to find a solution and instead they should start by asking where to bring the corporation in the long-term in order to define their own market.

So the point of buying a point solution is that they there is a mentality that a platform is difficult to be adopted by the corporation. As per a CIO (or anyone), we have a career, so we want to have a quick win before we die. It is not that we design a product that is going to last us for the next 20 years. I think that there are forward thinkers who are capable of keeping the things in a way that is not disturbing but it is long-term. Others are searching a quick win. So it depends which CIO you are talking about. The second tip for the CIO is to be a business manager that is consulting because the reality is that the technology is not useful unless there is a business gain. In the business gain there is not a certain number of production or shorter time to market. The business guy is responsible of the program of the organization, it gives a different perspective; he thinks differently and at the end, the best of the market could be a different one from what a technological mind would have foreseen. So I think a CIO or CTO that you want needs to be the best friend of the business manager.

How do you see the role of CIO/CTO changing in the global markets?

In less than 20 years from now, our management pipeline will constitute CDOs or CIOs or CTOs –whatever you want to call it – because technology is driving the digitalisation trend. The CIO for the very first time of life has the opportunity to become the promotable leader in the enterprise as much as a CDO.

In India, the entire community of CDOs is emerging. Do you see these roles collaborating to define the strategy for digital transformation in their enterprises?

It depends on the CDO whether he is sitting in the executive committee of the company. This is because I have seen in many different corporations around the world, people that are called the Chief Transformation Officer are not the CTO as in the Chief Technology Officer. At the end they are anyhow reporting either to the CIO or even worse, to the CFO, which is an approach of the corporation that radically changes because it means that it is cost driven. So you cannot run a transformation thinking to cost. That is impossible. Innovation can be frugal and therefore it doesn’t cost anything or it can be an enormous investment over the counter and you cannot treat a transformation to a procurement guy. So it depends if the CDO is a person with real power, in the sense that if he is sitting in the executive committee and if he can speak his mind and can really recommend what needs to be done and then rest of the executive committee needs to take a decision to listen to him. For sure he will be the most powerful guy in the world because today every single board in the world, every single executive in a company are looking for savvy guys in technology and digitalization.

How do you see the India opportunity?

For the small manufacturers, in terms of providing them a solution, we do have a sales section which is covering the main market and the companies and therefore we do treat as well the same as we treat like a giant like Tata or Mahindra, they have access to the portfolio, so that is terms of engagement in them. Then there are exploratory or discovery projects, we have 43 fabrication labs here in India and we are opening or collaborating with the government or many national researcher if you want initially whether it is for space or for transportation and mobility, sometimes it’s for new types of industries. So we are very much involved in creating a tissue which gives that energy to the embryos as I call the small manufacturer probably at a critical period because the majority of the main market companies are either investigating whether they want to become a giant or they want to stay because this is the best place to be and being in between if you want, they are from our side the same access of the big clients in solutions and support or even partnership. I guess if I count the strategic partnership client in the world that our big company versus smaller, you will find that much more small manufacturers are partners than the big giants of the industry.