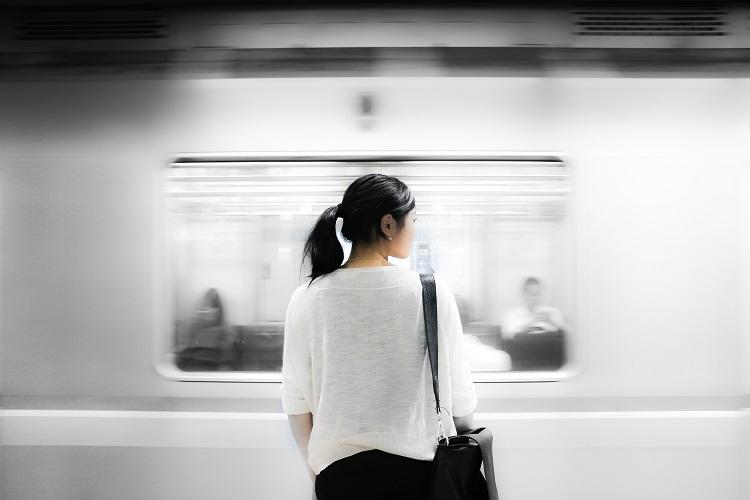 We have written extensively about the underrepresentation of women in the workforce. However, this bad news continues to prevail - especially for India. According to World Economic Forum's The Global Gender Gap Report 2017, India has fallen to an overall rank of 108 in 2017 from 87 last year. The report states that it has been largely due to the widening of its gender gap in women's share among legislators, senior officials, managers, as well as professional and technical workers. 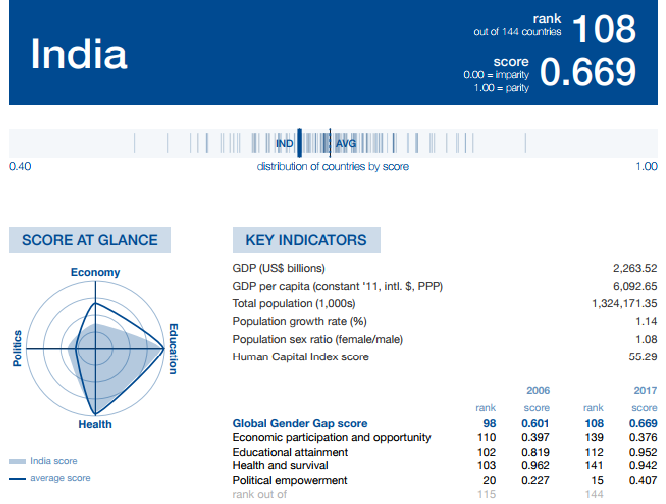 In contrast, Iceland sits at the top of the Global Gender Gap Index. Having closed nearly 88% of its gap, it has remained the world’s most gender-equal country for nine years, according to the report. The four countries that made it to the top five included Norway (2), Finland (3), Rwanda (4) and Sweden (5). North America has a remaining gender gap of 28%, the smallest after Western Europe. Both Canada (16) and the United States (49) have closed more than 70% of their overall gender gap.
Also Read: How Genpact Is Addressing The Gender Imbalance In Their IT Workforce
What is surprising is the steep fall in gender pairity has come in a span of one year. The overall gender gap has fell back to where it stood in 2008, after a peak in 2013. The report indicates that the gap in 2017 is larger than it stood in 2006, in part due to specific issues in selected large countries, in particular China and India.
Deconstructing the economic gender gap into two of its core aspects, wage parity and labour market participation, the report has found that low-income countries namely India, Sri Lanka, among others have, on average, closed only 67% of their labour market participation gender gaps. 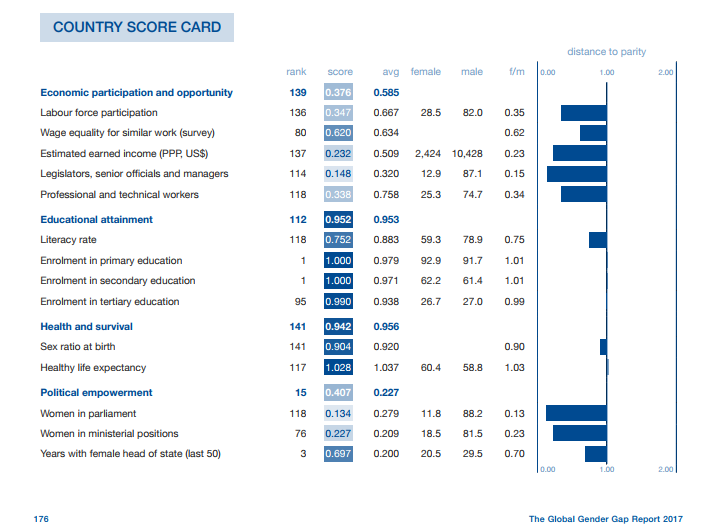 Notable recent estimates suggest that economic gender parity could add an additional USD 250 billion to the gross domestic produc (GDP) of the United Kingdom, USD 1,750 billion to that of the United States, USD 550 billion to Japan’s, USD320 billion to France’s and USD310 billion to the GDP of Germany. Closer home, the report indicates that China could see a USD2.5 trillion GDP increase from gender parity and that the world as a whole could increase global GDP by USD5.3 trillion by 2025 if it closed the gender gap in economic participation by 25% over the same period.
In India, the GDP could see a jump of about 60% by 2025 if the gender inequality issue in society is resolved and more women are allowed to join the workforce, according to a McKinsey report last year.. The report also highlighted that in a ideal scenario in which women play an identical role in labour markets as men, India is likely to witness the highest potential boost at 60%.
Unfortunately, this scenario remain ideal unless steps are taken to close this growing gender gap in India. Are the enterprises listening?