Security more important than convenience in online payments for Indians

However, there is a much greater acceptance of digital payments, finds the survey by Visa 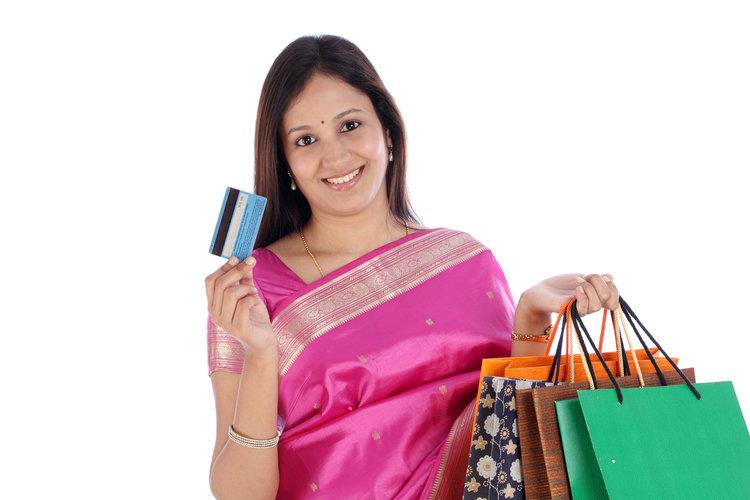 Four out of five respondents (81%) in a recent survey said security is an important factor while considering online payments. This is similar across the board - gender, ages, household income and even education levels.

One of the factors that surfaced as the key driver of this adoption was the ease of transition to digital form factors of payments, as stated by 86% of the respondents.  Amongst those who have used less-cash currently than before, 70% state that the main reasons to transit away from cash include – convenience, efficiency and speed of transaction offered by digital modes.

This survey was aimed at understanding the pulse of the Indian consumer and their views towards the transition to a digital economy. The study indicates that amongst people for whom this transition was tough:

The survey also shows that millennials are more likely to use digital payments for everyday essentials like shopping at supermarkets, online, department stores, fast food restaurants, taxis/cabs etc. than other generations.  The study also shows that the inclination towards embracing digital is higher amongst those from a higher income household. 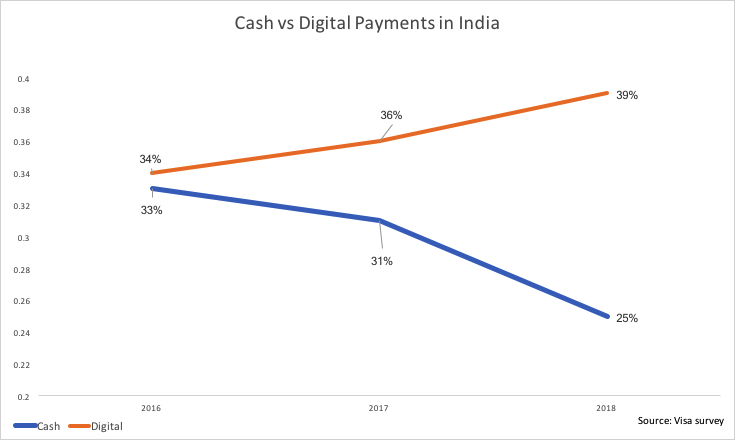 According to the survey, cash usage continues to decline marginally from around 33% last year, to 31% currently, and is expected to come down further to around 25% over next 12 months. On the contrary, digital payment forms like card usage continues see uptake, rising from around 34% last year to over 36% currently, and likely to touch 39% in next 12 months. The numbers from the survey indicate a marginal impact of demonetization.

The research probed over 2000 people across the Indian Subcontinent. Commissioned by Visa, the online survey was conducted independently by YouGov to find out the sentiment of the consumer adoption of digital payments and user habits in the region.