How will digitalization transform jobs: A trade view by UNCTAD 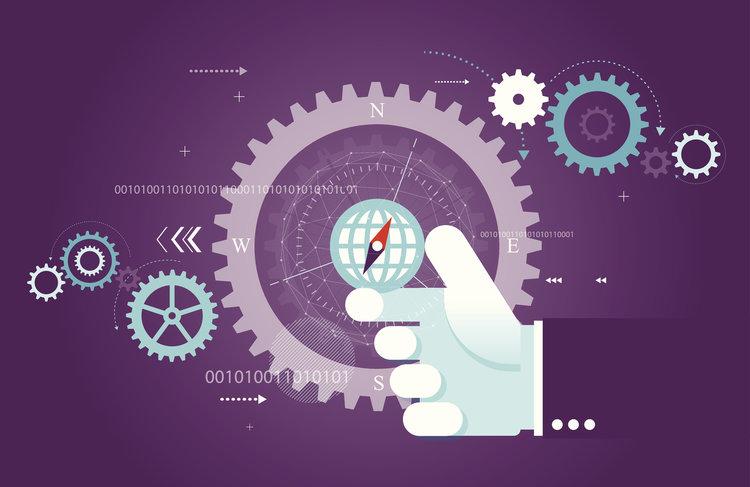 The impact on jobs created by the forces of digitalization is now a global debate. The issue has been addressed by the recently released annual Information Economy Report (IER) by the United Nations Conference on Trade and Development (UNCTAD). The report, with theme of Digitalization, Trade and Development, identifies four sets of changes to the labour market with   increased digitalization: job creation, job destruction, job changes and job shifts.

“This year’s Information Economy Report aims to augment our collective understanding of the way the digital economy works and its implications. It aims to help intensify policy dialogue and peer learning about the issues involved among developing and developed countries alike. And countries with more resources will need to reach out and assist those with less; current efforts are inadequate,” says  Mukhisa Kituyi, Secretary-General of UNCTAD.

Greater reliance on digital technologies will lead to the creation of new jobs and occupations in various sectors, including for the production of new goods and services or existing products that respond to increased demand. The demand for work can be expected to grow in areas such as data analysis, software and applications (apps) development, networking and artificial intelligence (AI), as well as designing and production of new intelligent machines, robots and 3D printers. For example, with the greater use of IoT, firms will need to hire more product managers, software developers (including for smart phones), hardware designers, data scientists, user experience designers and sales managers. Similarly, there is likely to be job growth in “pure” digital firms, the report says citing example of job growths in the e-commerce sector in the US as well as for mobile developers in Vietnam. It also points to a million vacancies in cyber-security jobs worldwide, which is likely to grow to 1.5 million by 2019.

Secondly, digitalization will make some jobs obsolete. Advances in computerization, software, automation, robots and AI enhance the scope for disruptions to traditional industries, with smart machines taking over functions currently performed by people. For example, according to a 2016 study, 89% of all salaried workers in the Philippines’ BPO sector are at high risk of losing their jobs to automation. On-site security guards may similarly be replaced by sensors monitored remotely in centres that provide surveillance for multiple sites.

Thirdly, the nature of work will be affected. Digitalization may automate some tasks or activities but not others. An increasing number of tasks that are components of even highly skilled jobs risk becoming automated and/or outsourced. For example, secretarial work was first disrupted when computers reduced the need for assistants. The next disruption may be the shift to digital assistants, further reducing the need for secretarial assistance. The use of digital devices will grow in different jobs, requiring different kinds of skills. Car mechanics routinely run diagnostics on laptops, and truck drivers use GPS devices, including for route optimization, fuel efficiency and fuel prices. The next technology, which is already being rolled out, is connected devices that transmit usage and maintenance data (e.g. of car engines and tyres) directly to the factory and service facilities.

Routine tasks that follow explicit and codifiable procedures, whether they are manually intensive (such as typing) or cognitive intensive (e.g. book- keeping), are more likely to be automated with software. A profound – and yet unanswered – question is what percentage of tasks in various jobs will ultimately yield to automation, and how much labour will be needed to perform the remaining tasks. Whether a job will continue to exist in a transformed form or disappear altogether, automation will change the traditional division of labour and tasks, affecting all sectors and all levels of skills.

Finally, digitalization will change the conditions of work. Online platforms are matching tasks across the whole skills spectrum (from “counting clicks” to writing articles or coding). As noted in chapter III, these platforms are transforming labour markets by favouring certain types of contracts (freelance and contract work over regular employment) and enabling the entry of new competitors. As a result, workers with high levels of social protection find themselves in competition with other workers (in the domestic market or abroad) with low levels of social protection. This has implications for how benefits, health care and pensions are organized, and for the provision of training and continuing education.

Digitalization is transforming jobs across all sectors and economies, and will create opportunities as well as challenges in developing countries. However, its overall effects remain uncertain, being context-specific and differing between countries and sectors. The main risk of digitalization is unlikely to be joblessness, but rather increased polarization and widening income inequality. This is because most of the gains from productivity growth may not be widely shared; rather, they will likely bene t capital owners and a few highly skilled workers with strong cognitive, adaptive and creative skills, who are the best equipped to work with the machines.

While challenging, the impacts of digitalization on skills requirements, jobs and employment raise issues that are necessary to address. Countries that lack people with the relevant skills will be at a disadvantage. A range of policy measures on both the demand and supply side, including in the areas of education and skills development and in the labour market, may have to be considered. Measures will need to be adapted to each country, taking into account the current state and level of education, training and skills as well as the degree of digital connectivity and use. Irrespective of the situation in countries today, they should start preparing for future transformations. Activities and discussions related to the ILO’s Future of Work Centenary Initiative could support such preparations.