However, CFOs and COOs blame it on lack of CIOs’ lack of business expertise, even as 96% senior executives say CIO-CFO collaboration crucial or very important for success of IT transformation 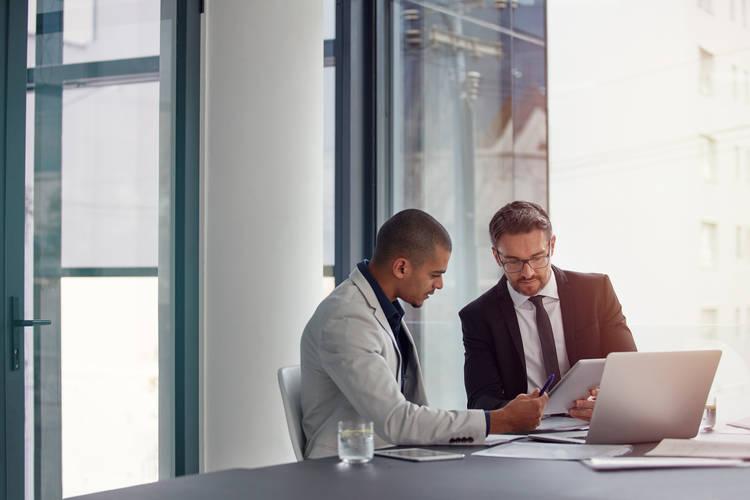 As many as 96% of senior executives see close collaboration between CIO and CFO as critical or very important for success of IT transformation in an enterprise. However, a predominant majority (89%) of them acknowledge that significant barriers exist, at present that prevent the two from effectively collaborating with each other, says a new report based on a global study of senior executives conducted by Forbes Insight, in association with Dell EMC.

Ironically, one of the manifestations of that barrier could be the difference in perceptions between the two about what creates that barrier itself. While CFOs blame it on reporting structure and CIOs’ lack of business expertise, CIOs think a significant reason could be CFOs ‘outdated attitude’ about the primary role of the CIO. Interestingly, CEOs seem to endorse that view—and even more emphatically. While only 30% CIOs point to CFO’s outdated attitude as a big reason for creating the barrier, as much as 45% CEOs think so. 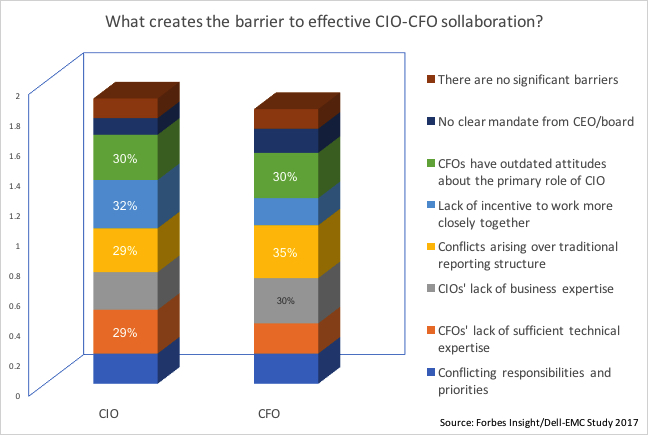 However, many (30%) CFOs do admit that it is their community’s outdated attitude that is the major factor in creating the barrier. “The finance team becomes a barrier if the discussions are only about the budget and how to run as lean as possible. That’s a losing attitude for IT Transformation,” the report quotes Khozema Shipchandler, Global CFO of GE Digital as saying.

There’s significant regional variation too. While in the Americas, the reasons for the barrier are thought to be due to structural issues—conflicting responsibilities and reporting structures—in APAC, it is name calling. ‘CIOs lack of business expertise’ and ‘CFOs’ outdated attitudes about CIO’s role’ that are identified as the top reasons that contribute to the barrier.

What are the biggest consequences if CIOs and CFOs do not work together effectively? As many as two out of three (63%) think the risk of falling behind competition is increased significantly.

Another significant finding reinforces that idea. The report finds that it is not investment but the effective collaboration between the two that makes a company a leader or a laggard in IT transformation. “Although leaders and laggards in IT are seeing different outcomes, the results aren’t a function of who spends the most for IT Transformation. This year and in 2018, both groups are devoting significant percentages of their total budgets in this area,” the report notes.

On the other hand, ‘being able to react more quickly to market changes’ is seen as the top benefit accruing from an effective CIO-CFO collaboration. 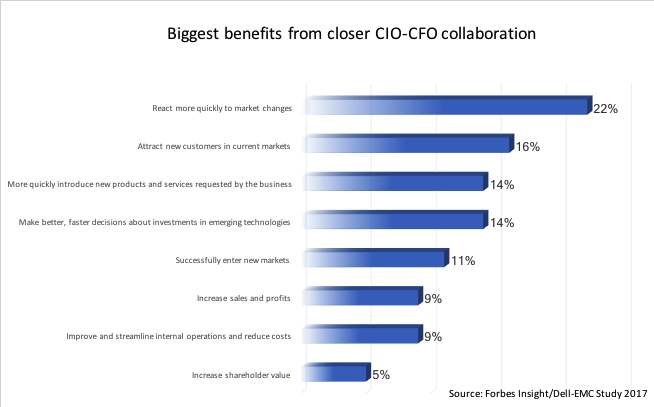 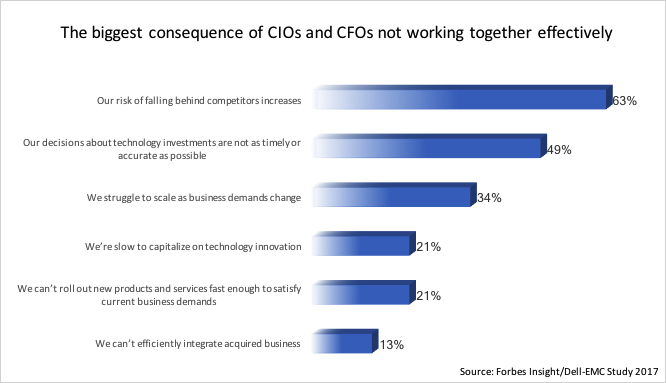 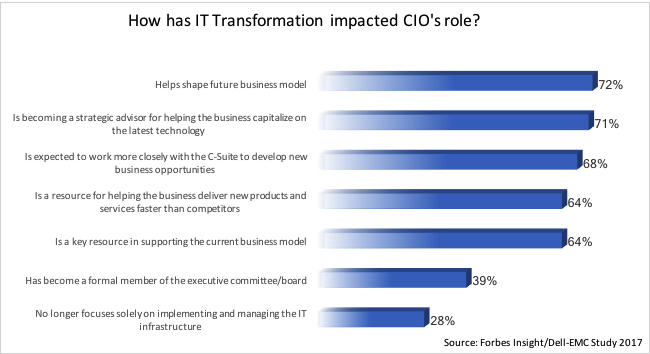 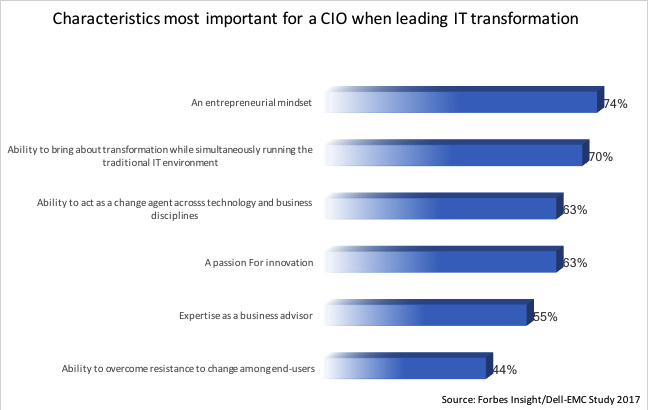 On being asked about factors driving IT Transformation strategy, the good old ‘reducing IT cost’ topped the response. ‘Being first to market with new products’ is seen as another significant driver.

The report, titled IT Transformation: Success Hinges on CIO/CFO Collaboration, is based on a global survey of 500 CEOs, COOs, CIOs and CFOs. The survey and a series of in-depth interviews with global IT and business executives highlight other underlying frictions that thwart CIOs and CFOs from forming a united front to capitalize on the benefits of IT Transformation.