The state of global supercomputing in five charts 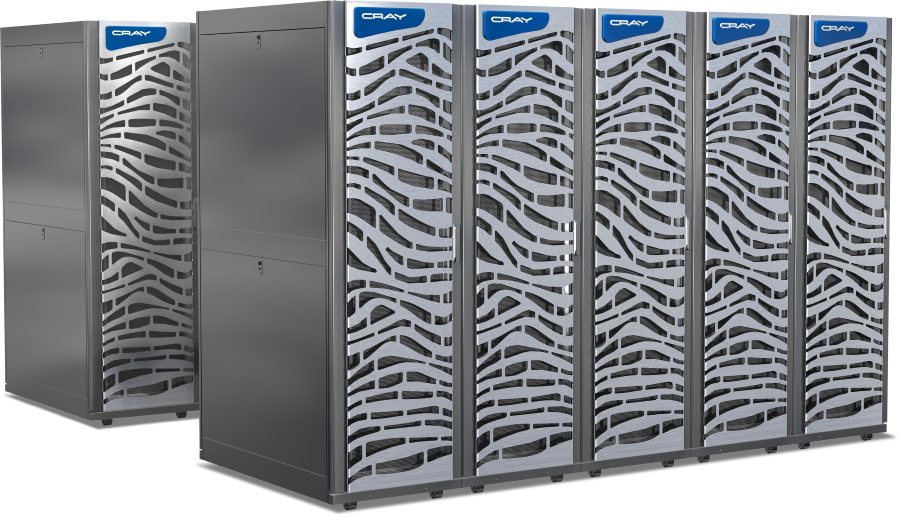 Every six months—in May and November every year—Top500.org, a site tracking supercomputers, comes out with the list of the world’s 500 fastest. The list provides data on the sites where they are hosted, their theoretical and achieved performance, their architecture, their manufacturers, and a number of other data points.

Analysis of the Top500.org data provides excellent insight into the state of supercomputing globally at any point of time.

The insights presented here are based on the data presented in the lasts—November 2017—list that also happens to be the 50th list since its beginning.

Our insights are drawn from analysis of the Top500.org data for last 10 years—From November 2007 to November 2017

Measuring the speed of speed 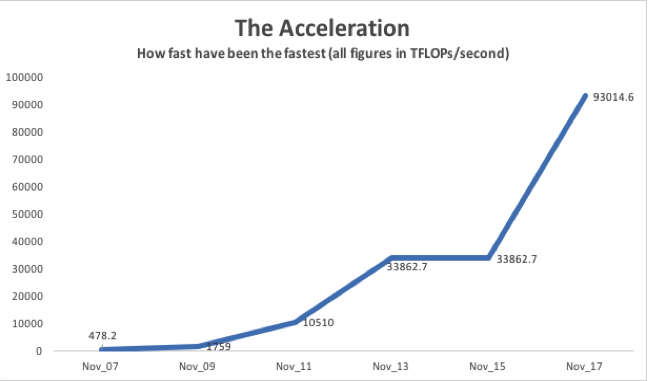 Like in many other things in business and economy, in supercomputing too, the action has shifted from America and Europe to Asia Pacific. 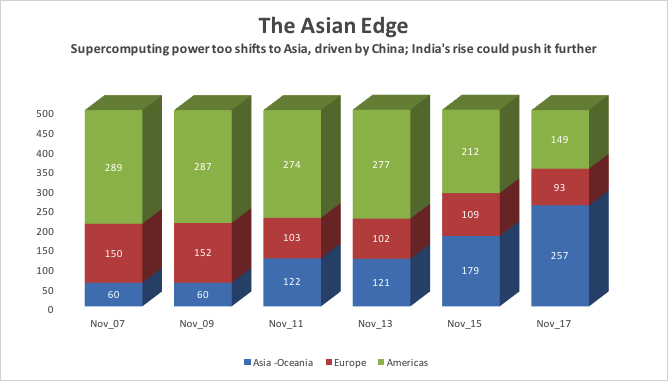 China is the new supercomputing superpower

The big rise of Asia in the supercomputing scene is almost entirely because of the rise of China—and despite the fall of other Asian contenders like Japan and India.

In fact, it is a big shift that happened in the latest Top 500 list. For the first time, China replaced the US as the top supercomputing country accounting for more Top500 supercomputer sites than the US.

India has been reduced to a marginal player with just four of the Top500 fastest sites present in the country. That is a drop from 12 such sites that it had just four years back. 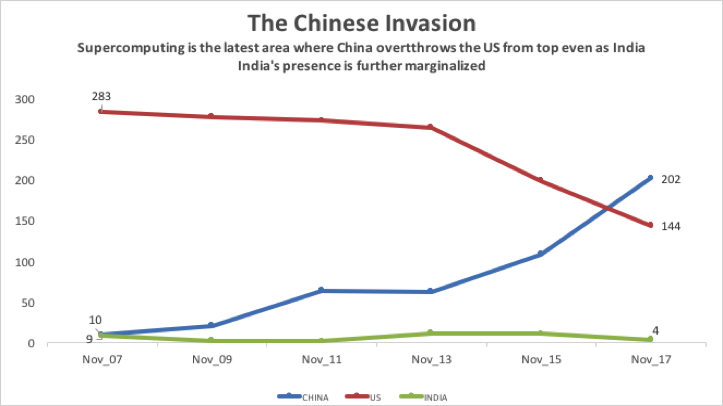 Power of the Cluster 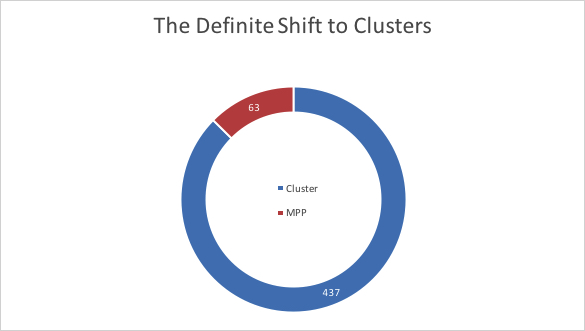 While Cray still remains the supercomputing company, with shrinking share of MPP architecture, Cray’s share in Top 500 is coming down, even though it still accounts for more than one third of Top 50 sites. Lenovo and a host of Chinese manufacturers show up on the radar, thanks to China’s rise in supercomputer usage. 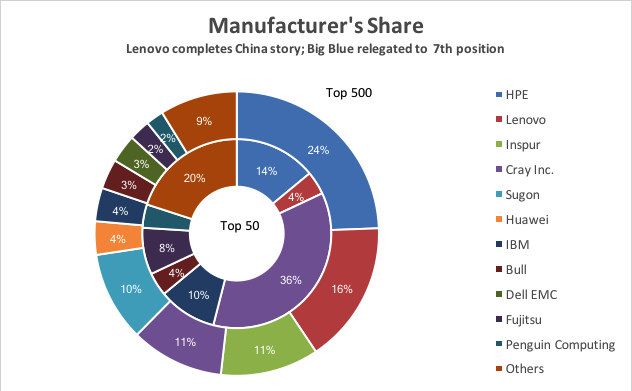