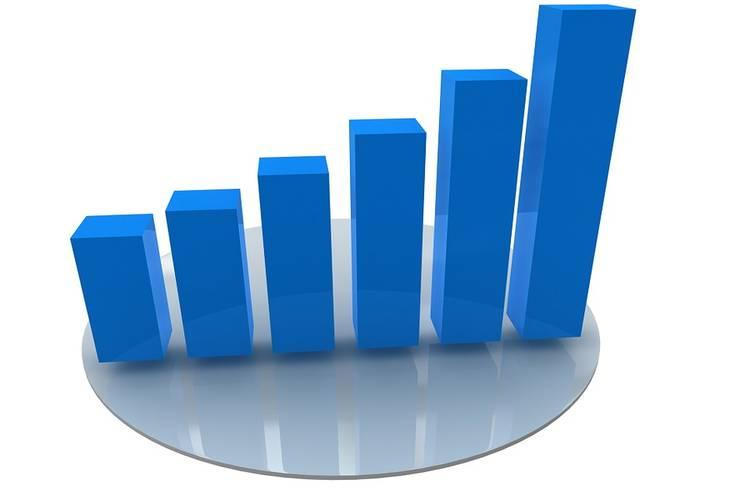 "The third quarter of 2017 produced continued growth on a global level with varying regional results," said Jeffrey Hewitt, research vice president at Gartner. "A build-out of infrastructure to support cloud and hybrid-cloud implementations was the main driver for growth in the server market for the period."

"x86 servers increased 5.3% in shipments for the year and 16.7% in revenue in the third quarter of 2017. RISC/Itanium Unix servers declined globally, down 23.5% in shipments and 18.3% in vendor revenue compared with the same quarter last year. The 'other' CPU category, which is primarily mainframes, showed a decline/increase of 54.5%," Mr. Hewitt said.

Hewlett Packard Enterprise (HPE) continued to lead in the worldwide server market based on revenue. Despite a decline of 3.2%, the company posted USD 3.1 billion in revenue for a total share of 21% for the third quarter of 2017 (see Table 1). Dell EMC maintained the No. 2 position with 37.9% growth and 20.8% market share. Inspur Electronics experienced the highest growth in the quarter with 116.6%, driven by ongoing sales into China-based cloud providers, as well as global expansion efforts. 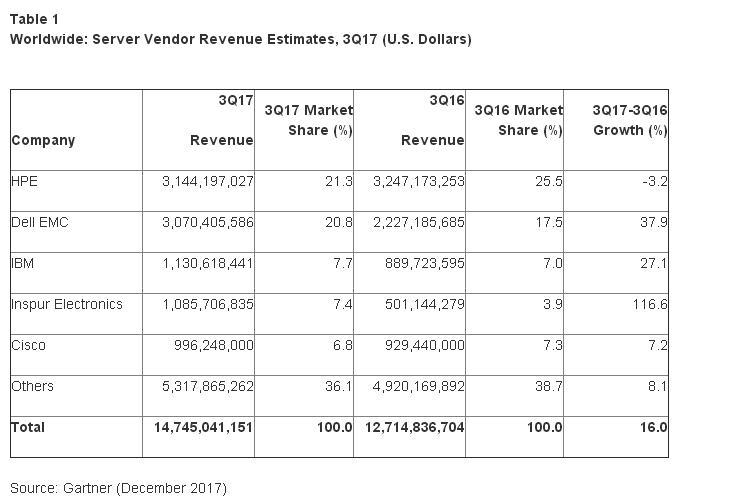 In server shipments, Dell EMC maintained the No. 1 position in the third quarter of 2017 with 17.8% market share (see Table 2). HPE secured the second spot with 16.4% of the market. Inspur Electronics was the only vendor in the top five to experience positive growth in the quarter. 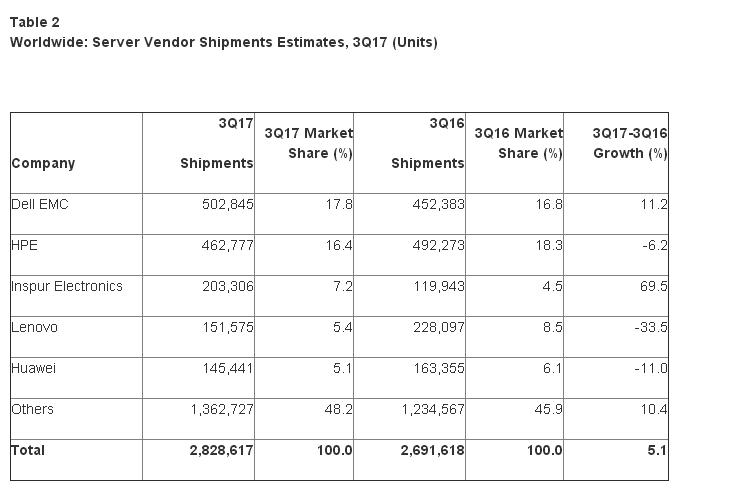