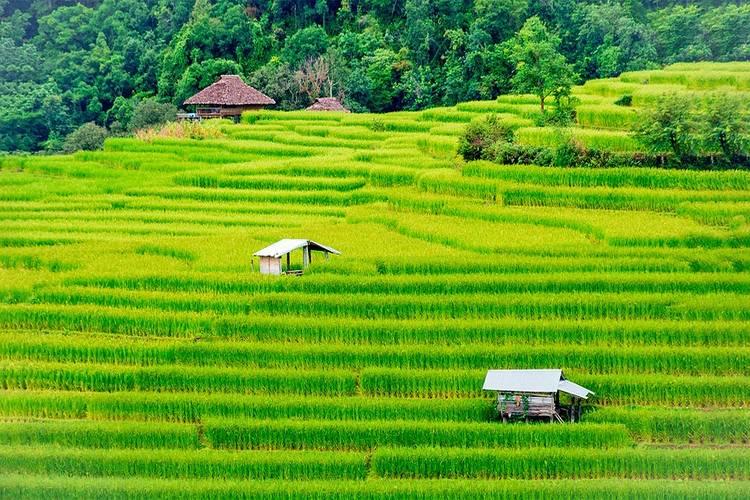 Adequate and timely access to agricultural credit plays a crucial role in improving farm production and productivity and thereby the livelihood of farmers. Nearly 80% of our agriculturists are small and marginal farmers, heavily dependent on credit for carrying on their seasonal agricultural operations. The over hundred year old Cooperative Credit System (CCS) in the country has been a major provider of agricultural credit, mainly short-term loans for raising crops, serving an estimated 50% of all farmers served by institutional credit agencies, with over 75% of the its credit disbursal being for small and marginal farmers.

The rural cooperative banking system in our country is well over a century old, having taken birth in around the first decade of the 20th century during the British period. Although the system was intended to be shaped along the lines of the Raiffiesen Cooperatives in Germany, as autonomous self-reliant institutions, over time it took shape as a  government supported mechanism for providing credit to the farmers in the rural areas.

Over the decades and right into the early 90’s, the cooperative credit and banking system shored up as the mainstay for providing credit to the agriculturists, with the Reserve Bank of India right from its own inception detailing a policy of production-oriented systems of lending for agriculture and providing concessional refinance to the cooperative banks, towards supplementing their resources in meeting the credit requirement of agriculturists in the rural areas.

The rural cooperative credit mechanism in India essentially comprises two parallel structures viz. the three tier short-term credit structure for dispensation of short- and medium-term credit for crop production and agriculture allied activities; and the long-term credit structure for providing long-term credit for investments in agriculture e.g., land development, farm mechanization, horticulture, etc. These institutions have been supported both by way of policy and refinance supported for a considerable time by the RBI and later by the ARDC and NABARD.

The short-term credit and banking structure in most states comprises State Cooperative Banks (St.CB), District Central Cooperative Banks (DCCB/CCB) at the District level, and Primary Agricultural Credit Societies (PACS) at the village level. Some smaller states /UTs have only State Cooperative Banks and PACS. The State and District level institutions which are part of the short-term credit structure are recognized as banks by the RBI and carry out various banking activities in addition to providing agricultural credit through the PACS at the grassroots level. However, the PACS which are actually the last mile connect to the farmer, are not recognized as banking institutions. They are,however, exempted from the provisions of the Banking Regulations Act, giving leeway for them to undertake banking activities. Many PACS undertake basic banking services for members along with credit and various other functions, such as input distribution, running consumer stores, warehousing, procurement &marketing, Public Distribution System (PDS), etc.

The foray of commercial banks into agricultural credit post nationalization, setting up of RRBs, adoption of the multi-agency approach and directed credit programmes, saw in their wake the fall in the share of amount disbursed by rural cooperative banks for agricultural credit. In the euphoria of expanding credit supply by commercial banks, the need to shore up these institutions that up until then had played a major role and are geographically positioned for a better outreach, had been lost sight of. Central regulatory and financing agencies are observed to have maintained an arm’s length in this regard. Notwithstanding this, the short-term cooperative credit and banking system continues as a potent instrument in meeting the credit and related needs of the farmers. Around 5.5 crore farmers, mostly small and marginal farmers, continue to be dependent on the PACS supported by DCCBs, numbering 380 with around 14000 branches and 32 state coop banks for their agricultural loans. There are around one lakh PACS spread across the rural areas of the country, with over two-third of them being operationally viable.

However, the grassroots level operations of this century old structure continue to be driven by outdated manual systems and processes, standing in the way of timely and adequate provision of credit to the farmers. As the PACS are not considered a part of the banking & payments system, the benefits of technology and digital payments environment is as yet to be positioned for ensuring timely and hassle free credit to their members. Given the vast geographic outreach of the Cooperative Credit Structure, there is urgency in mainstreaming the PACS into the emerging techno-banking digital environment in a big way towards providing agricultural credit, other loans, agricultural inputs, basic banking facilities, procurement, warehousing and marketing and a host of other services. In the context of renewed signals of distress from farmers across various parts of the country, it is imperative to rejuvenate PACS through technology and provide them the interface to the mainstream banking environment and enable digital banking and payments related services at their end, so that their outreach can be fully harnessed in meeting the various needs of the farmers.

The ideal technology solution must facilitate Rupay Card based operations through ATMs and micro-ATMs on KCC Accounts by farmer members on their accounts with the PACS, in tune with RBI/NABARD guidelines.The technology solution needs to be a cost-effective centralized solution with extensive parameterization to support the local usage and custom; be easy to use by grassroots level staff, preferably being picture/icon driven and having online help facility as well as being available in local languages. It should be expected to cover the entire functionality of all types of agricultural credit, covering short, medium- and long-term loans in a wide spectrum of parameterized options of loan products, origination and sanction systems-covering processes that span across different tiers of the credit system; cover different reporting system requirements to district level, state level, NABARD and GOI levels; handle various national and state level schemes, such as crop insurance ,interest subsidy and subvention, etc. The coverage of solution should include basic banking like savings bank, term deposits, recurring deposits, pigmy deposits, different types of non-agri. loans, personal loans, consumer loans, gold loans, etc. which PACS do. It should handle under the automated environment, various other functions handled by PACS, such as seed, fertilizer and other inputs supply, consumer stores, PDS, outlets for other items of business, as also warehousing, procurement and marketing, etc. On positioning such solution, online access to ground level information is expected to enhance inputs for policy formulation and facilitate timely monitoring of the progress of various schemes.

The state of Odisha, in which the cooperative banks have a share of around 65% in agricultural credit, has been the early mover and taken the lead in adoption of technology in all the three tiers of the cooperative credit structure from the state level to village levels on the above lines. The implementation, currently in the final stages, provides Rupay Kisan card-based operations to the farmers across the state. The adoption of technology in the cooperative credit system here has also facilitated direct benefit transfer of money into farmers’ accounts of proceeds of paddy procurement made by state agencies running into several thousands of crores.

Such technology led transformation of this important segment of our rural eco-system across the country is expected to go a long way to help in mitigating the problems of our farmers. It is in recognition of this imperative that the GOI in the Union Budget for 2017-18 has made its policy and financial commitment towards computerisation of all viable PACS in the country over a span of three years. It expected that technology adoption on the lines adopted by Odisha state will find favor for replication across the country for the benefit of a huge segment of farmers in our country comprising mostly small and marginal holders who are wedded to the cooperative banks for their credit and other needs. This would further the cause of financial inclusion of the excluded and marginalized segments of the rural population in a big way.