What Indian CIOs can learn from America’s broken IT processes?

However, whether it is India or the US, the onus of attrition isn't on the millennial alone 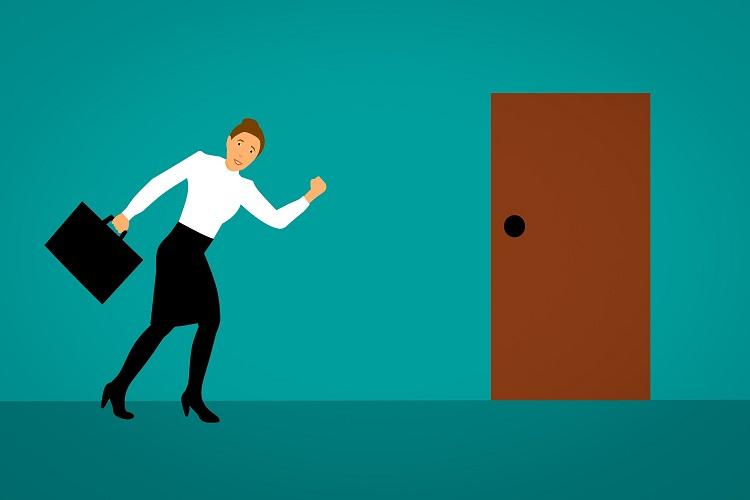 In the last few years since "making the workplace attractive for the millennial workforce" became a CIO responsibility, I have asked several Indian CIOs on how they plan to make their workplace smarter and future-ready? Most of them are well-intentioned to deploy policies and tools that will help them retain this rather, restless workforce.
However, whether it is India or the US, the onus of attrition isn't on the millennial alone.
In a rather interesting survey of 1,000 US full-time employees across industries and departments by Intex titled 'Definitive Guide to America’s Most Broken Processes', broken corporate processes are sending good employees out the door.
According to the survey, of the employees surveyed who are actively looking for new jobs, the vast majority, about 86% say their company’s broken processes are a factor behind their decision. Millennials are particularly likely to be influenced by broken processes to look for other work. 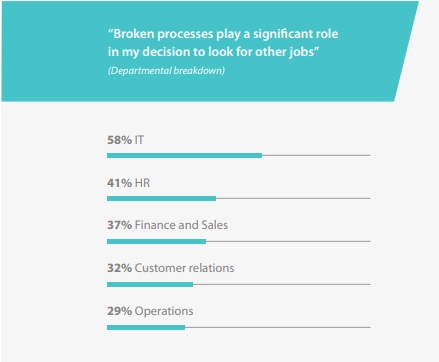 The majority of employees surveyed point to broken internal processes across IT, on-boarding and administrative functions. This is seen as a reason why non-IT employees engage in shadow IT.
So who do employees blame? Colleagues? Their supervisor? Or the CEO?
According to the survey, when it comes to broken IT processes like technology troubleshooting, 73% of respondents are quick to blame IT staffers rather than corporate higher-ups, followed by 43% who blame the CIO versus the 30% who hold IT workers accountable. Only 13% of total respondents blame their company’s CEO for IT shortcomings. For all of the broken processes, the survey uncovered a lack of prompt IT service, citing that a mere 16% say their IT department is extremely prompt in handling service requests, while more than 1/4 say their department is either not very prompt or not prompt at all.
According to the study, if these corporate broken processes remain deeply embedded in corporate culture, employees will feel limited in their roles and will actively look for other jobs. Eventually, they will leave.
To tackle these problems, the study has identified four areas where companies can make significant strides towards stopping the cycle of attrition by proactively addressing broken processes.
More closely tie IT to line of business workers. Most employees in organization turn a critical eye to the IT department. This finding of the survey suggests that workers perceive IT as its own entity, separately accountable from the rest of the company in a way that HR and sales are not. The gap between IT and the lines of businesses needs to close. The study suggests that businesses must examine their internal workflows with an eye toward identifying and repairing the sources of disconnect between IT and the rest of the business with the help of new tools and technologies.
Identify processes that can be streamlined and automated. With many of the broken processes we highlighted, there are opportunities for streamlining and automation to play transformative roles.
Clearly define a process for advancement. 61% of employees with clearly defined advancement processes are very happy on the job. That stark contrast speaks for itself. To clearly define a process for advancement, companies must evaluate and evolve the administrative processes that are tied to career progress – namely, annual performance reviews, promotions and raise negotiations.
The study is an eye-opener, especially for CIOs and IT departments are expected to embark on steering digital initiatives in their organizations. It is a wake up call for CIOs to get their basic IT processes in place. The right processes and policies need to trickle from top-down and provide employees a clear path for growth and continued success.
Are the well-intentioned CIOs listening?

Moreover, it is also an organization’s culture that plays a very important role in creating the right foundation for the millennial worker.