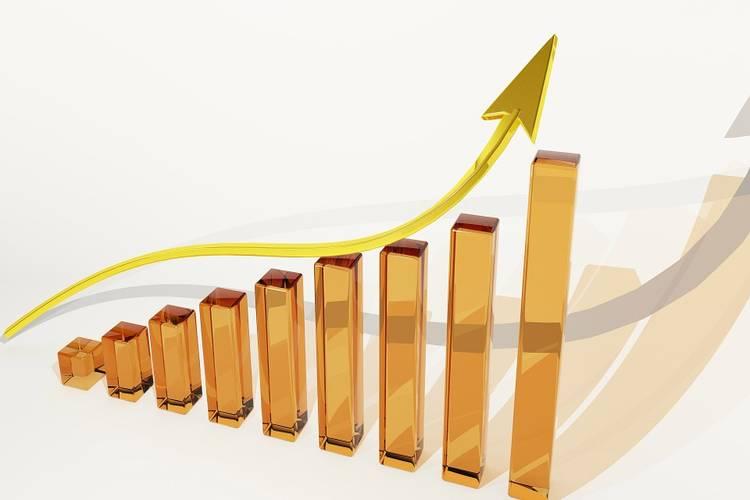 The global semiconductor revenue totalled USD 420.4 billion in 2017, a 21.6% increase from 2016 revenue of USD 345.9 billion, according to Gartner. This is as a result of strong growth in the memory market.

“2017 saw two semiconductor industry milestones — revenue surpassed USD 400 billion, and Intel, the No. 1 vendor for the last 25 years, was pushed into second place by Samsung Electronics,” said George Brocklehurst, research director at Gartner. “Both milestones happened due to rapid growth in the memory market as undersupply drove pricing for DRAM and NAND flash higher.”

As per Gartner, the memory market increased about USD 50 billion to reach USD 130 billion in 2017, a rise of 61.8% from 2016. Samsung reported the highest growth among all firms with memory revenue alone rising to approximately USD 20 billion in 2017 (see Table 1). However, as per Gartner Samsung’s position at the top won’t be for long as the memory market is forecast to go into its bust cycle, most likely in late 2019. 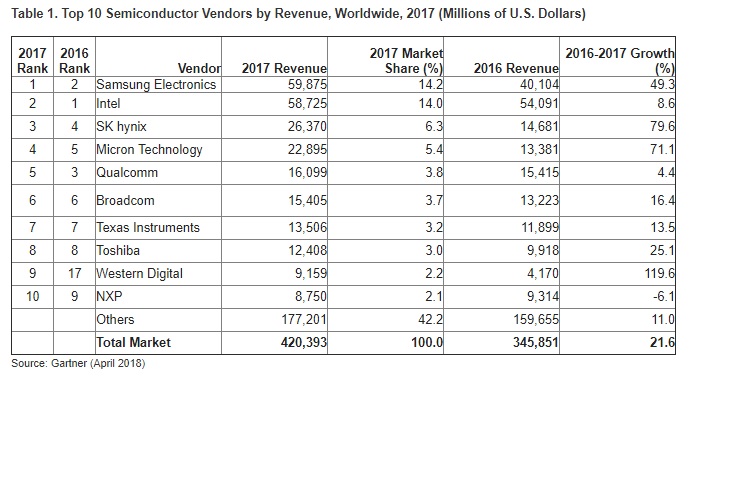 The booming memory segment overshadowed strong growth in other categories in 2017. There is rise in non-memory semiconductors by USD 24.8 billion to reach USD 290 billion, indicating a growth rate of 9.3%. Several key suppliers in the top 25 semiconductor vendors, such as Texas Instruments, STMicroelectronics and Infineon, experience high growth as two major markets, industrial and automotive, continued double-digit growth, boosted by broad-based growth across most other end markets.

The combined revenue of the top 10 semiconductor vendors recorded a growth of 30.6% during 2017 and accounted for 58% of the total market, easily out-doing the rest of the market, which saw a milder 11% revenue increase.

2017 was a slower year for closing mergers and acquisitions (M&As), with roughly half the deal value and number of deals compared with 2016. However, the semiconductor industry continues to see escalating deal sizes with greater complexity, which is becoming more challenging to close. Avago set a record in its acquisition of Broadcom for USD 37 billion in 2016, and as per Gartner, this record is predicted to be broken soon by Qualcomm's acquisition of NXP Semiconductors for USD 44 billion.

IoT having a significant impact

Growth in the Internet of Things (IoT) is having a major impact on the semiconductor market, with application-specific standard products (ASSPs) for consumer applications up by 14.3% and industrial ASSPs rising by 19.1% in 2017. As per Gartner, semiconductors for wireless connectivity showed the highest growth with 19.3% in 2017, and topping USD 10 billion for the first time, despite decreased component prices and the static smartphone industry.