Why Cisco has fallen in love with networking all over again?

By helping it show a direct linkage between business logic and physical networks, Cisco’s intent based networking helps the company project a more evolved meaning of networking 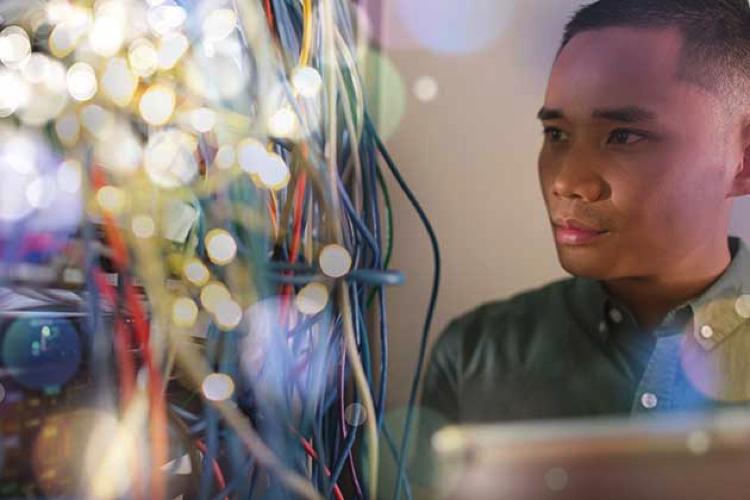 Recently, Cisco shares dropped 3% in a day on reports that Amazon (AWS) was considering entering the networking switches market, which Cisco has dominated for long. It bounced back only when financial information site, Marketwatch said quoted a Cisco spokesperson that AWS CEO Andy Jassy had clarified to Cisco CEO Chuck Robbins that the former was not building a ‘commercial’ switch.

The impact of the news on Cisco’s stock price is an indication of how much investors see Cisco as a ‘networking’ company, even though Cisco has come a long way from the days of routers and switches only company.

Cisco is now a market leader in unified communication, security and cloud infrastructure market. But for some reason, Cisco was defensive talking about its infrastructure. Maybe, it did not have a nice ‘story’ to tell how its components were all part of an offering that provided greater value than the sum of parts.

This was as late as in 2017. At least, that was the conclusion after one attended its 2017 India media briefing at Manesar near Delhi. Why else would a company black out one big piece of its business where it was the dominant market leader? The two days focused on collaboration and security—so much so that half of the event was dedicated to security. As we wrote in a report then, cloud story was missing almost entirely.

One can only guess if it was dictated by local/logistic consideration or there was a bigger reason behind it. But if it was the latter, it was surely not there this time around, the 2018 media conference at Goa.

This is why we say so.

First of all, the coverage was much wider. Security, Collaboration, Cloud, Service Providers, Transformation, Services, and yes Networking—each of these were covered by respective business leaders.

Second, there was a holistic story that tried to show how each of the pieces joined together. While the business leaders focused on their pieces, CIO V C Gopalarathnam focused on future and India president Samir Garde focused on India plans as well as the five areas in which Cisco could help its components. They were

He applied each of these to India as a whole and outlined Cisco’s India strategy.

But the biggest statement that came in the entire conference was Garde’s proclamation—Cisco has fallen in love with networking again.

The sentence said a lot.

For a company that was defensive talking about its oldest and biggest business, this was surely a change of heart, at the basic minimum.

What is behind this change?

Arguably, a better articulated positioning on its new management capability. It is not that the capability came to Cisco yesterday. But with the launch of its Digital Network Architecture (DNA) and its control software DNA Center, the proposition is far better pronounced.

Last year, during Cisco media conference, it had just been launched and was not part of its story, let alone being the centerpiece of its new networking proposition.

DNA Center helps businesses by automating a lot of management. What it means is that they don’t have to rely on time-consuming human-powered workflows, making changes one network device at a time; they can interact with the network as a single fabric. And second, in case of an attack, the network can react to it in real time. Why, even provisioning can be automated on a real-time basis through policy setting. Cisco calls it intent-based networking because applications, services, and users are prioritized based on business intent.

While it is early days yet and the customer intent regarding deploying intent based networking is yet to be clear, India is seeing a lot of interest.

The reason is not difficult to understand. India has a large base IT/BPO services companies who operate large offshore dedicated centers for many of their clients. This means the segmentation is far easier. So, there’s a lot of interest from those companies.

TCS, incidentally, is the largest customer of intent-based networking of Cisco globally.

Some of the other use cases could be in businesses where regulators influence a clear segmentation because of their mandate to have ‘arm’s length’ relationships.

Intent-based networking is Cisco’s proposition of closing the gap between physical networks and business logic. That probably explains Cisco’s falling in love with networking again!

And India could give a whole new meaning to that romance!