Singapore, Tokyo, New York City, London and Shanghai are among the top spenders 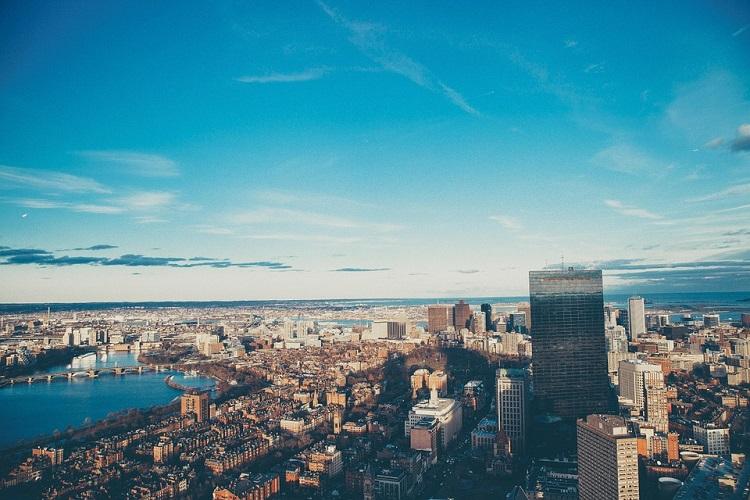 Smart City initiatives will attract technology investments of more than USD 81 billion globally in 2018, and spending is set to grow to USD 158 billion in 2022, according to the International Data Corporation (IDC) Worldwide Semiannual Smart Cities Spending Guide. The Spending Guide provides a detailed look at the technology investments associated with a range of Smart Cities priorities, programs, and use cases.

“The new edition of IDC’s Worldwide Smart Cities Spending Guide represents a substantial stride towards gaining granular insight into how cities around the world are transforming. We are now delivering detailed sizing of 25 named use cases, as well as the first release of a new database of spending at City level,” said Serena Da Rold, program manager in IDC’s Customer Insights & Analysis Group. “Intelligent transportation and data-driven public safety remain the largest investment areas, but we are also finding significant pockets of spending and growth in back-office and platform-related use cases, which are less often publicized but increasingly happening behind the scenes in cities around the world.”

The three largest use cases, which will attract nearly one quarter of global Smart Cities spending in 2018, are fixed visual surveillance, advanced public transit, and smart outdoor lighting. By 2022, intelligent traffic management will overcome smart outdoor lighting in third position, and the top three use cases will only account for one fifth of total spending, as smaller and fast-growing use cases emerge and reach critical mass. Officer wearables and vehicle to everything (V2X) connectivity, in particular, will generate the fastest growth, although they currently start from a small base in most regions. 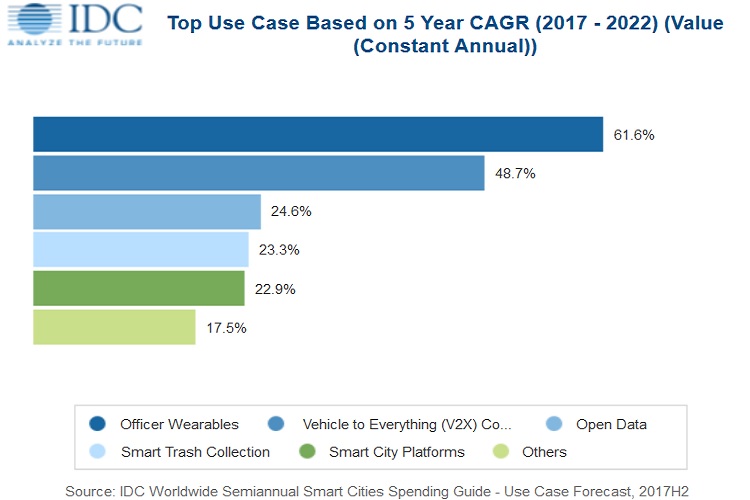 On a geographic basis, the Asia/Pacific region, including China and Japan, will account for nearly 42% of global spending in 2018, followed by the Americas (33%), and Europe, Middle East and Africa (EMEA) (25%). The United States is the largest country market for Smart City spending (over USD 23 billion in 2018), followed by China. The three largest use cases appear among the top five in terms of spending across all regions, but other use cases that emerge among the largest current Smart Cities investment areas include mobile video capture and recording in the United States and Latin America, and digital permitting, licensing, and inspection in the Middle East and Africa region.

Spending by the 53 Cities that are currently sized in IDC’s database accounts for around 15% of global Smart City spending, with Singapore, Tokyo, New York City, London, and Shanghai leading the way in terms of 2018 investments.

“IDC expects to see strong, continued investment by the private and public sector in urban areas and in Smart Cities and Communities programs and projects,” said Ruthbea Yesner, vice president of IDC's Smart Cities and Communities programs. “This also means that it is a more competitive market. This spending guide offers solution suppliers the ability to take a data-driven approach to developing products and services, and understanding buyer trends.”