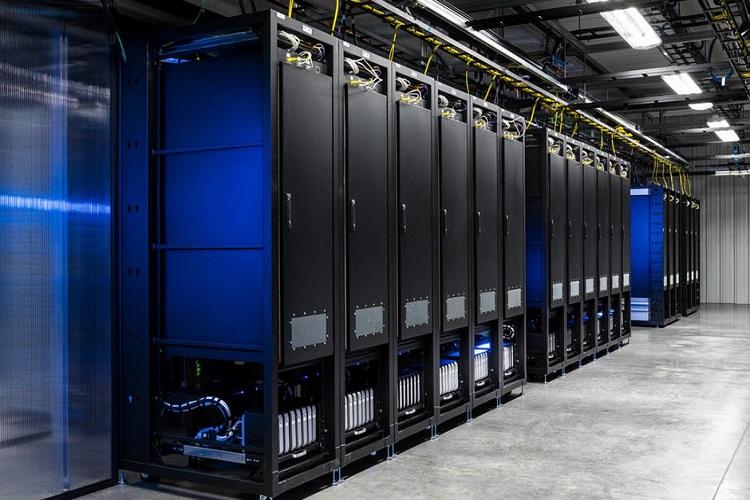 New data from Synergy Research Group (SRG) shows that the number of large datacenters operated by hyperscale providers rose by 11% in 2018 to reach 430 by year end. In 2018 the Asia-Pac and EMEA regions featured most prominently in terms of new datacenters that were opened, but despite that the US still accounts for 40% of the major cloud and internet datacenter sites. The next most popular locations are China, Japan, the UK, Australia and Germany, which collectively account for another 30% of the total. During 2018 new datacenters were opened in 17 different countries with the US and Hong Kong having the largest number of additions. Among the hyperscale operators, Amazon and Google opened the most new datacenters in 2018, together accounting for over half of the total. The research is based on an analysis of the datacenter footprint of 20 of the world’s major cloud and internet service firms, including the largest operators in SaaS, IaaS, PaaS, search, social networking, e-commerce and gaming. 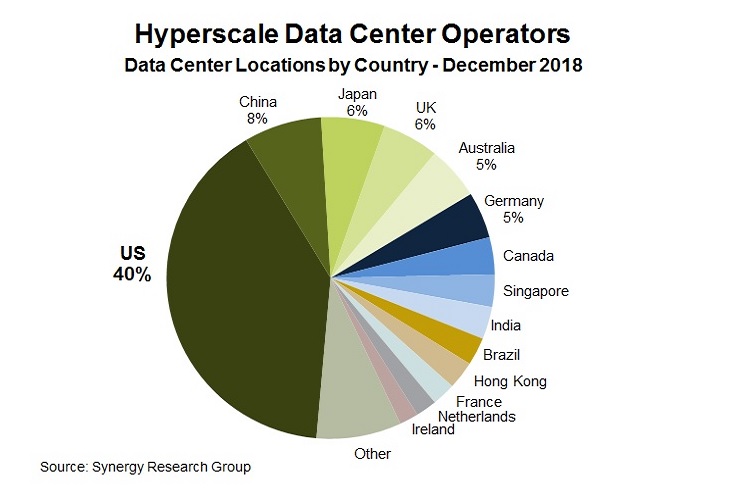 On average each of the 20 firms had 22 datacenter sites. The companies with the broadest datacenter footprint are the leading cloud providers – Amazon, Microsoft, Google and IBM. Each has 55 or more datacenter locations with at least three in each of the four regions – North America, APAC, EMEA and Latin America. Alibaba and Oracle also have a notably broad datacenter presence. The remaining firms tend to have their datacenters focused primarily in either the US (Apple, Facebook, Twitter, eBay, Yahoo) or China (Baidu, Tencent).

“Hyperscale growth goes on unabated, with company revenues growing by an average 24% per year and their capex growing by over 40% - much of which is going into building and equipping datacenters,” said John Dinsdale, a Chief Analyst and Research Director at Synergy Research Group. “In addition to the 430 current hyperscale datacenters we have visibility of a further 132 that are at various stages of planning or building. There is no end in sight to the datacenter building boom.”