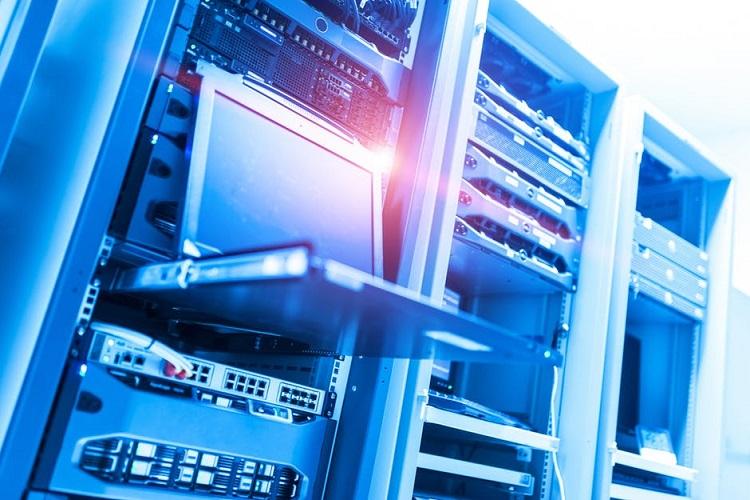 New data from Synergy Research Group (SRG) shows that the number of significant datacenter-oriented M&A deals continued to climb in 2018, though the total value of deals that closed in the year dropped off from its 2017 peak. 2018 saw 68 deals close with an aggregate value approaching USD 16 billion. While this included five billion-dollar-plus deals, none approached the scale of the 2017 acquisition of DuPont Fabros by Digital Realty or the Equinix acquisition of Verizon’s datacenters. The largest 2018 deal was the sale of a 25% stake in Global Switch to a group of Asian investors, which was valued at GBP 2.1 billion or around USD 2.8 billion. The other four deals that were valued at a billion dollars or more involved acquisitions by Digital Realty, Iron Mountain, GTT and Brookfield Infrastructure Partners. There were another 18 deals that were valued in the USD 100 million to USD 1 billion range, and 45 smaller deals that were each valued at up to USD 100 million. The total value of M&A activity over the 2017-2018 period was over double the total for the previous two years. 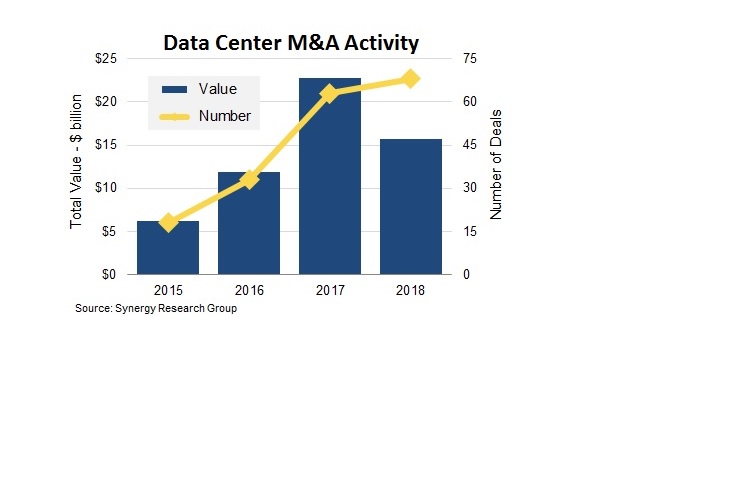 Over the 2015-2018 period, by far the largest investors have been Equinix and Digital Realty, the world’s two leading colocation providers. In aggregate they spent almost USD 23 billion on acquisitions of datacenter operators. Both Equinix and Digital Realty have made major acquisitions in all four regions of the world. Other notable datacenter operators who have been serial acquirers include CyrusOne, Iron Mountain, Digital Bridge/DataBank, NTT and Carter Validus.

“There is a clear trend towards enterprises not wanting to own or operate their own datacenters, as CIOs focus more on features and services that they can provide to their internal clients and less on the complexities of running datacenters,” said John Dinsdale, a Chief Analyst and Research Director at Synergy Research Group. “As enterprises increasingly look to various outsourcing options, this is driving specialist datacenter operators to increase both the scale and the reach of their datacenter footprint. This bulking up is often best accomplished, or sped up, by acquiring other datacenter operators. We expect to see a lot more datacenter M&A over the next five years.”