Among all levels of government, business intelligence (BI) and data analytics (43%), cyber/information security (43%) and cloud services/solutions (39%) are the most common technology areas for increased technology investment in 2019 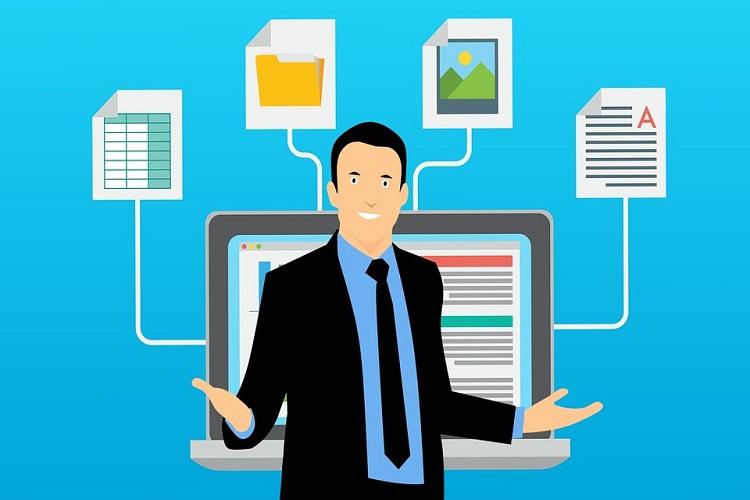 Data analytics and cybersecurity pushed cloud out of the top spot for increased technology investment by government CIOs in 2019, according to a survey from Gartner. This increased focus on data reflects CIOs’ acknowledgment that artificial intelligence (AI) and data analytics will be the top “game-changing” technologies for government in 2019.

Gartner’s 2019 CIO Agenda Survey gathered data from 3,102 CIO respondents in 89 countries and across major industries, including 528 government CIOs. Government respondents are segmented into national or federal; state or province (regional); local; and defense and intelligence, to identify trends specific to each tier.

“Taking advantage of data is at the heart of digital government — it’s the central asset to all that government oversees and provides,” said Rick Howard, VP analyst at Gartner. “The ability to leverage that data strategically in real time will significantly improve government’s ability to seamlessly deliver services, despite increased strain on finite resources.”

When it comes to strategic business priorities, the survey found that 18% of CIOs across all levels of government have prioritized digital initiatives again this year as key to achieving mission outcomes, compared with 23% from all other industries. The next three business priorities for government are industry-specific goals (13%), operational excellence (13%) and cost optimization/reduction (8%).

“To meet increased demand and evolving expectations of citizens for effective and efficient services, government must continue to enhance its digital maturity,” Howard said. “Government CIOs clearly recognize the potential of digital government and have started developing new digital services, but now need to take digital beyond a vision to execution through digital leadership.”

Despite the focus on digital, only 17% of government CIOs plan to increase their investment in digital business initiatives, compared with 34% of CIOs in other industries. While government CIOs demonstrate clear vision in the potential for digital government and its emerging technologies, 45% report they lack the IT and business resources required to execute.

AI has taken the lead as the top game-changing technology for government CIOs for 2019. AI (27%) is followed by data analytics (22%) and cloud technologies (19%). Cloud dropped from first across all levels of government last year, to third overall in this year’s survey. 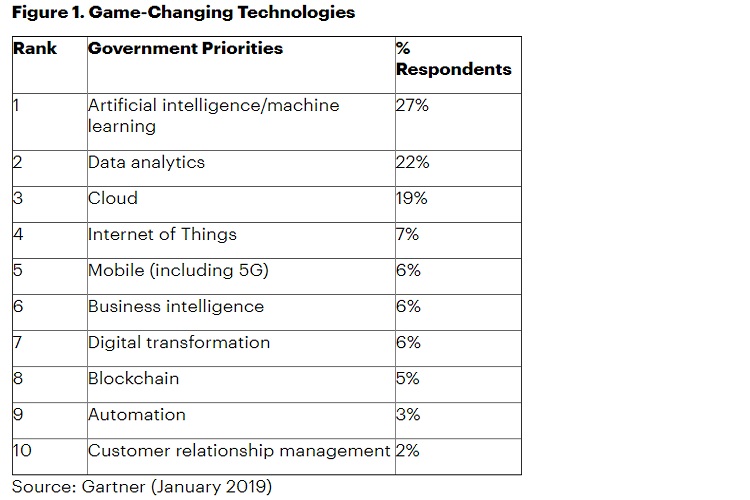 “AI introduces new insights and delivery channels that will enable governments to scale in magnitudes not previously possible,” Howard said. “This will allow reallocation of valuable human resources to more complex processes and decisions.”

Among all levels of government, business intelligence (BI) and data analytics (43%), cyber/information security (43%) and cloud services/solutions (39%) are the most common technology areas for increased technology investment in 2019. Cloud dropped from first place last year to second overall for 2019. 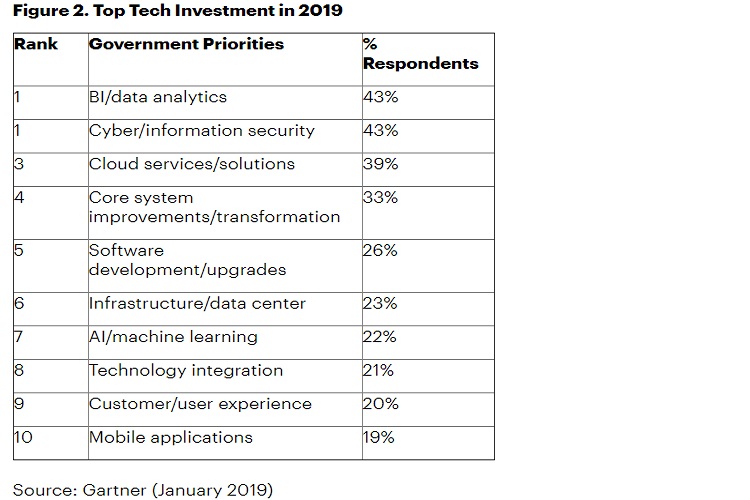 According to Howard, the fact that cybersecurity remains an area of projected increased spending reflects government’s recognition of its role as the steward of public data, with secure transactions now table stakes for governments in a digital world.

“In today’s digital world, cyberattacks are highly visible, increasingly malicious and costly, and they erode the public’s trust,” Howard said. “Government CIOs have steadily increased their prioritization of cybersecurity over the years and have gained executive commitment to vigilance in ensuring that ever-evolving malicious attacks and threats are mitigated to the greatest extent possible.”