Will new e-commerce policy give a push to offline retail? 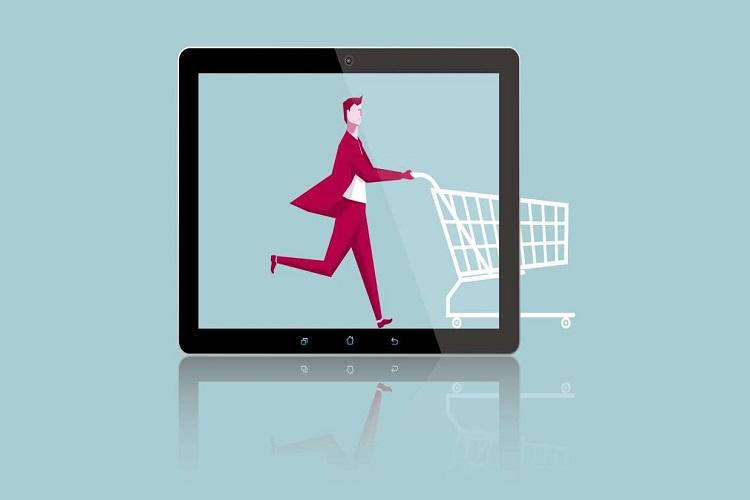 The recently released draft policy for India’s e-commerce has started a major debate. While some believe it will bring much relief to India's beleaguered offline retail industry by putting an end to the investor-funded deep discounts and other unfair pricing practices by e-retailers, others are still seeking greater clarity from the government.

How offline stores can gain

Traditional retailers have often opposed online shopping portals for violating competition norms and predatory pricing. In fact, offline retailers have been lobbying with the government that foreign capital in ecommerce marketplace are driving brick-and-mortar stores out of business. Now, online entities with foreign investments cannot offer products sold by retailers in which they hold equity stake.

Also, until recently, Flipkart and Amazon have offered unbelievably cheap deals and discounts on several products. The government's new FDI rule has also debarred such online marketplaces from distorting the market by striking exclusive deals with vendors and offering deep price discounts.

“While increased internet penetration and mobile use led to a rising number of online platforms, a number of customers shop online only to get products at a cheaper rate. If product prices are set to become almost uniform across all selling channels, customers may favor physical stores,” explained Piyush Kumar Chowhan, VP & CIO, Arvind Lifestyle Brands. He added that the draft policy could go a long way in addressing these concerns and will provide level-playing field to Indian brick-and-mortar or physical stores.

Also, the policy bars companies from selling products exclusively on their online portals and also mandates e-commerce giants including Amazon and Walmart-owned Flipkart from stocking 25% of their inventory from a single vendor.

This means manufacturers will have to sell their products to all marketplaces. Therefore, a product is likely to be available on a number of portals, leaving the customer with more choices, unlike in the past, when a product was exclusively available with one or two major e-tailers. As Chowhan said, “The customer acquisition cost will come down. In the long run, it would benefit the customers, giving them greater choices.”

A shakeup for global e-tailers

Needless to say, the move has already caused a shakeup in operations of Walmart-owned Flipkart and Amazon, even though both the companies have declined to comment on the issue. Analyst firm PwC suggested that the new e-commerce policy could lead to a USD 46 billion loss terms of sales by 2022. Both e-commerce outlets are busy restructuring and removing a large volume of products from their website.

As per the new guidelines laid down in the draft, foreign e-commerce giants will now be required to become registered business entities and have local representatives to continue selling here. The two ecommerce majors in India - Amazon India and Flipkart – control 60% of the total ecommerce market that is expected to touch the USD 200 billion mark in 2027, as per a Morgan Stanley report.

“Though both the e-commerce giants have had local business operations registered for several years now, this rule could make it tough for other online sellers based outside the Indian shores,” said economist Sudarshan Bhattacharjee. A good example is the misuse of the gift channel by Chinese e-commerce apps that was creating an unfair playing field, risking the Indian SME sector business. Till recently, overseas Indians were allowed to send ‘gifts’ upto INR 5,000 to their Indian relatives. Acting on this loophole, Chinese sites Alibaba and AliExpress had effectively evaded various taxes and duties by sending huge shipments as gifts.

Going forward, the government has banned all such parcels, except for life saving drugs. “As the going gets tough for overseas e-tailers, online and offline retailers in the domestic market can perform with greater ease,” said Bhattacharjee, however adding that the question remains if the domestic players are up for the grabs in terms of technological and skills capabilities.

No wonder then that Indian companies like Snapdeal along with several SME traders and trader bodies like Confederation of All India Traders (CAIT) have welcomed the proposed changes.

“The draft policy's rejection of inventory-based e-commerce must be followed by effective implementation of FDI norms to ensure marketplaces do not own or control inventory, directly or indirectly,” a Snapdeal spokesperson told IANS.

It needs to be mentioned that with the approaching of the Lok Sabha elections 2019 in May, the new policy guidelines sends out strong signals to global e-commerce majors operating in the country that will now have to subject themselves to greater government control here.

What is still not clear is how the government will ensure fair competition while also allowing space for innovations that improve efficiency in the marketplace. As Praveen Khandelwal, Secretary General of CAIT cautioned that despite this being a logical draft for e-commerce, it should address several concerns of domestic e-commerce players and lay down specific clauses so as to again avoid culminating into an uneven level playing field.

It is also not clear how home-grown e-marketplaces such as IndiaMart.com and several others will fare as progress depends on newer algorithms, chatbots and links between suppliers and marketplaces.

Nonetheless, there’s more food for thought. Companies have been invited to provide feedback to the draft rules to the Department for Promotion of Industry and Internal Trade (DPIIT) by March 9. The new draft is undoubtedly an improvement on the earlier draft, but only time will say if it could create a great impact on the retail industry.