The growth was driven by burgeoning demand for public cloud services and by a requirement for ever-richer server configurations, which drove up enterprise server average selling prices 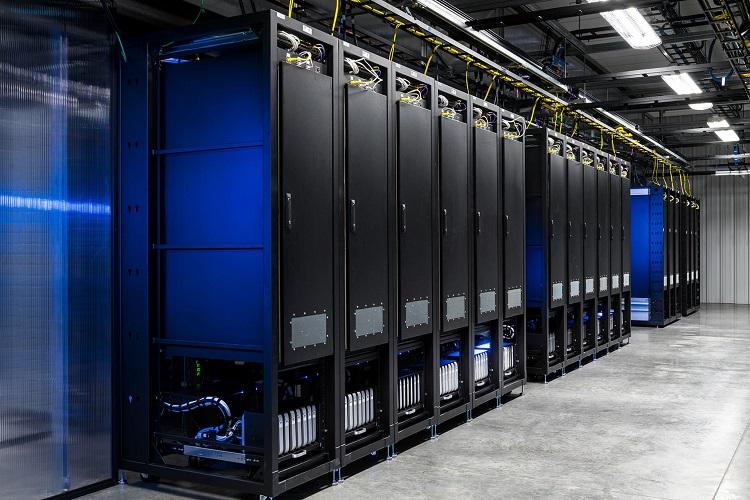 The worldwide spending on datacenter hardware and software grew by 17% in 2018, according to a Synergy Research Group (SRG) study. The growth was driven by burgeoning demand for public cloud services and by a requirement for ever-richer server configurations, which drove up enterprise server average selling prices. Spending on public cloud infrastructure grew by 30%, while spending on enterprise datacenter infrastructure grew by 13%, the latter driven by 23% growth in private cloud or cloud-enabled infrastructure, which helped to offset a marginal decline in traditional, non-cloud infrastructure. In terms of market share, ODMs in aggregate account for the largest portion of the public cloud market, with Dell EMC being the leading individual vendor, followed by Cisco, HPE and Huawei. The 2018 market leader in private cloud was Dell EMC, followed by Microsoft, HPE and Cisco. The same four vendors led in the non-cloud datacenter market, though with a different ranking. 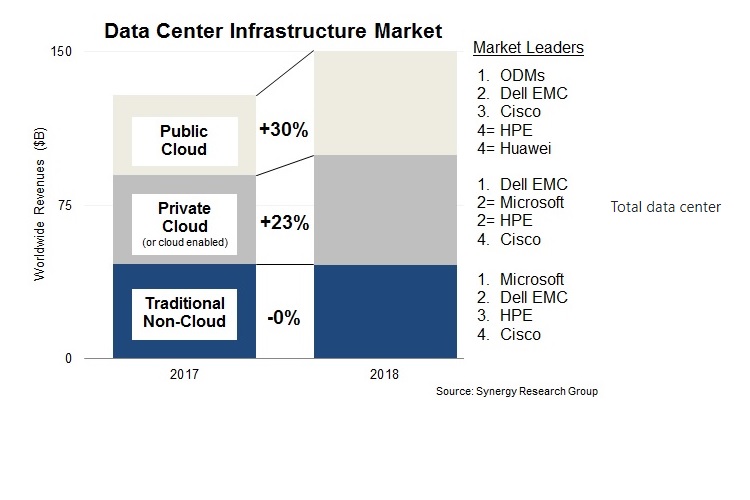 Infrastructure equipment revenues, including both cloud and non-cloud, hardware and software, were USD 150 billion in 2018, with public cloud infrastructure accounting for well over a third of the total. Private cloud or cloud-enabled infrastructure accounted for a little over a third of the total. Servers, OS, storage, networking and virtualization software combined accounted for 96% of the datacenter infrastructure market, with the balance comprising network security and management software. By segment, Dell EMC is the leader in both server and storage revenues, while Cisco is dominant in the networking segment. Microsoft features heavily in the rankings due to its position in server OS and virtualization applications. Outside of these three, the other leading vendors in the market are HPE, VMware, IBM, Huawei, Lenovo, Inspur and NetApp. Inspur and Huawei were the two leading vendors that achieved the strongest growth in 2018.

“Cloud service revenues continue to grow by almost 50% per year, enterprise SaaS revenues are growing by 30%, search/social networking revenues are growing by almost 25%, and e-commerce revenues are growing by over 30%, all of which are helping to drive big increases in spending on public cloud infrastructure,” said John Dinsdale, a Chief Analyst at Synergy Research Group. “We are also now seeing some reasonably strong growth in enterprise datacenter infrastructure spending, with the main catalysts being more complex workloads, hybrid cloud requirements, increased server functionality and higher component costs. We are not seeing much unit volume growth in enterprise, but vendors are benefitting from substantially higher ASPs.”