Can compliance drive IT adoption in Indian healthcare?

If the hospital does not know where the data lies, how is it going to ensure that it is protected or erased when needed? 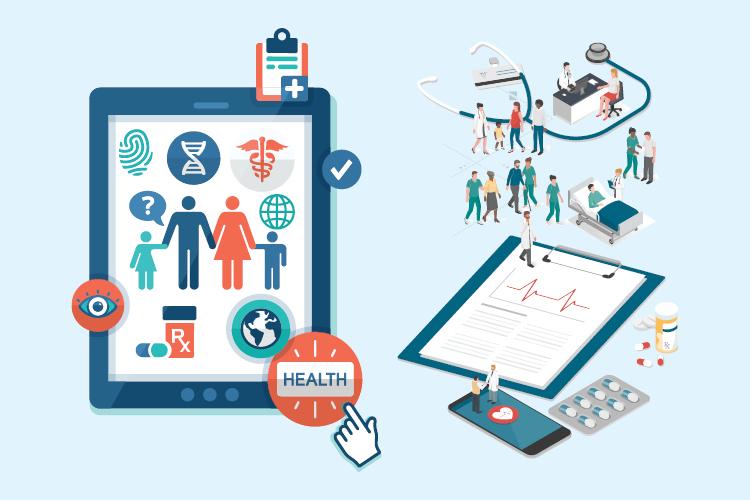 By and large, the vertical-wise IT spend pattern in India reflect the same pattern as global spends. Only two verticals seem to be exceptions. The first, IT/ITES, which is one of the top IT spending verticals in India, is because of India’s unique positioning as a global outsourcing hub. The second, healthcare, which features among the top verticals globally and among the top five in the US, is nowhere in the list of high IT spending verticals in India.

It is not too difficult to understand why. While most developed countries spend 7-8% of their GDP on health, India spends just about 1%. The private hospitals largely target the upper echelons of society. The state of affairs in government hospitals—though it has marginally improved—is abysmal.

However, thanks to pollution and erratic lifestyles, diseases that originate because of the two are on rise in urban areas and people are getting sensitized. That explains the newer expansion plans of most of the healthcare service providers which now want to target the middle class. Many of those expansions should be digital-leveraged. India’s innovations in this area are second to none but they reach a miniscule share of population. The reach needs to expand rapidly. Newer technologies—driven by mobility, sensory technologies and data technologies—could help achieve that.

For example, healthcare is one business, where data has the potential to add huge business value. The problem is: Few of the providers have any clue about finding—let alone organizing—that data to make any sense out of that.

I think one thing could change this state of affairs. And that is compliance. The healthcare service providers cannot conduct their business without collecting data. Everything about a patient’s health is data. Unlike say, a retail industry, which uses data to create differentiation, healthcare needs data to run the business as usual.

But now, no one cares where that data goes after the immediate needs are met. Compliance has changed that.

The draft Personal Data Protection Bill classifies most healthcare data as ‘sensitive personal data’ and there are stringent rules to ensure that they are protected. But if the hospital does not know where that data lies, how is it going to ensure that it is protected—or erased when the patient asks for the same, which is also a requirement in the new regime?

This means the providers will have to invest in IT to track, organize, process and manage their information as well as to protect it.

In other words, it is compliance that will drive IT investment in healthcare. Be prepared.