After more than three years, the Chief Digital Officer (CDO) is still not a mainstream corporate position. The question is: Will it ever be? 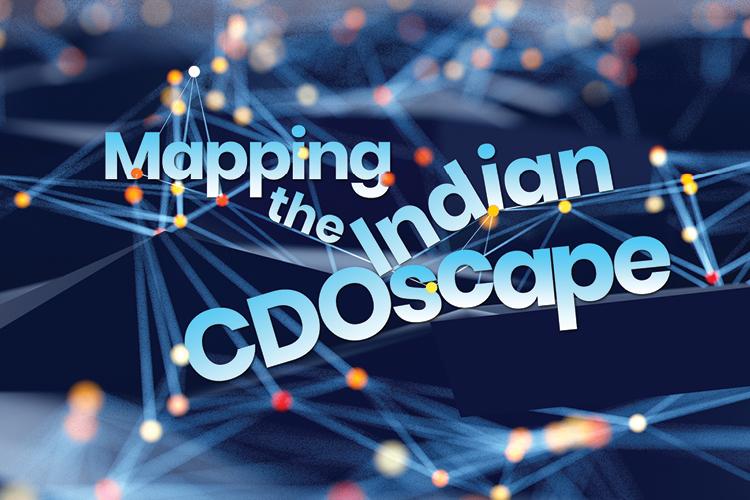 In 2012, Gartner predicted that by the end of 2015, one in four large companies would have a position of Chief Digital Officer (CDO). That was arguably the beginning of the CDO hype cycle.


The most important—and somewhat startling—trend was that most of the CDOs, in contrast to earlier speculations, did not come from either marketing or tech background. They came with core business background

India, which is usually 2-3 years behind the developed markets in catching up with business technology management practices—if not in understanding and developing technology per se—was expected to catch up by 2018 or 2019.

In 2015, we started noticing a few Indian companies appointing full time Chief Digital Officers. By the end of 2015, India had just three CDOs in large companies. Yes Bank, Titan, and Aviva were the first to appoint designated CDOs in India.

In 2016, that trend accelerated. That is when we started tracking the community. By August 2016, the number had reached 15.
But there were few noticeable trends. Companies that appointed CDOs came from all sorts of industries. The CDOs came with all sorts of experience.

[We, for all our studies, have ignored the CDOs in agencies/digital agencies because many of them are frontline business managers who are designated CDOs, often for making a marketing point]

In the next one year, it almost doubled. By December 2017, we tracked 43 CDOs—that is a three-fold jump in less than a year and half. And by this time, some definite trends were noticeable.

The most important—and somewhat startling—trend was that most of the CDOs, in contrast to earlier speculations, did not come from either marketing or tech background. They came with core business background. In hindsight, it was becoming obvious because by that time digital transformation efforts were on in many companies, and senior leadership had realized the business impact that such an exercise could create. 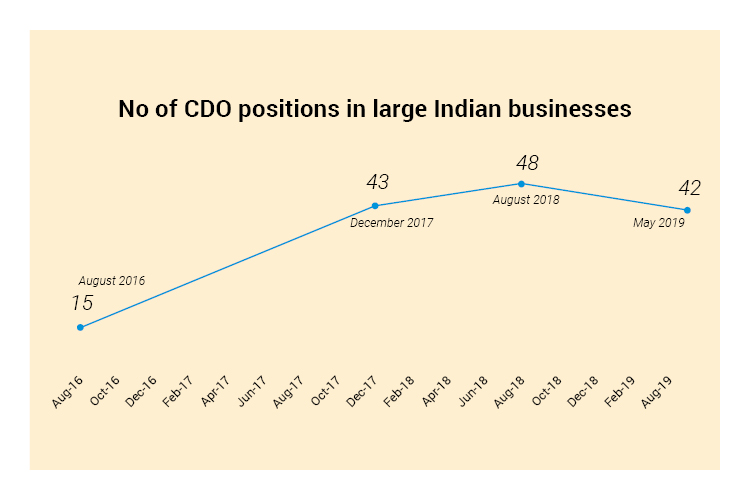 Another significant trend was that it was the experienced professionals who were being entrusted with the work.

A few other definite trends were noticeable. Insurance and large conglomerates were the most proactive. Among them, three groups stood out—Tata, Mahindra & Mahinda and Vedanta/Sterlite.

We again did a tracking exercise in August 2018. The numbers had gone up slightly but there was no major change in specific trends. But by this time, the buzz was visible among the CIO and tech community and they had started preparing for the role.

In May 2019, as we turn the light on the CDOscape again, there is some real news. And that is: for the first time in three years, there is a decline. Has it come off the all-time peak?

That may be a trivia question. What is noteworthy is that in the last one-and-a-half years, the base has not really expanded. It has remained between 40 and 50.

That is a far cry from one in four companies—or one in ten companies, for that matter.

In this time, digital transformation has mainstreamed. One in every five to six large businesses is genuinely traversing a transformation path leveraging digital technologies. A significant number of companies are trying to leverage digital at functional or SBU level, or at least trying to achieve some tactical goals—even while using the experience to learn.

Yet, many of them have not felt the need of appointing a full time Chief Digital Officer. So, have the CDOs failed to impress?

That is too big and too loaded a question. The numbers are too small to either answer that in affirmative or otherwise.

But the experience so far has some lessons for sure.

Mahindra & Mahindra was one of the first large groups to go proactively for a group-wise ‘digitalization’ mandate. It appointed a full-time senior executive—though not designated a CDO per se—Jaspreet Bindra. He, with a small team, tried pushing the digital mandate across the group whose chairman calls it a federation of companies. They did not just do emerging technology pilots, they started sensitizing businesses about use case of new technologies. But when it came to actual transformation initiatives, it happened at company levels. CDOs, reporting to individual company CEOs, were appointed to lead the initiatives. Today, the group has three CDOs in group companies and one-two more executives are leading digital initiatives in companies, even though not designated CDOs. Most of them come from marketing or core business background, not tech background. Bindra has exited and has not been replaced. 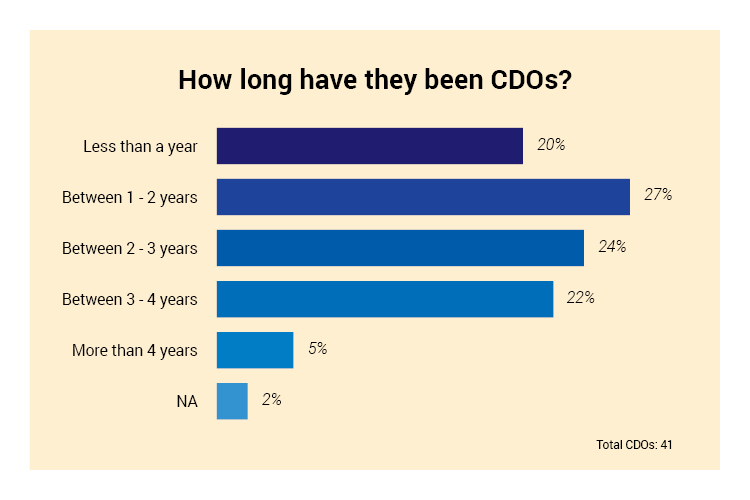 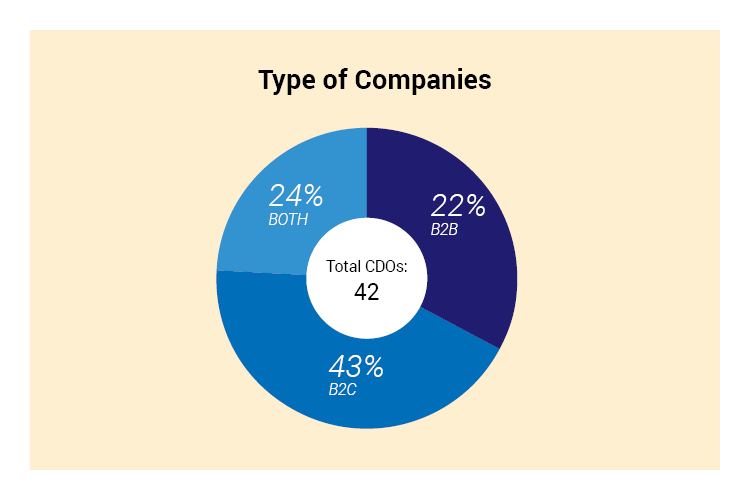 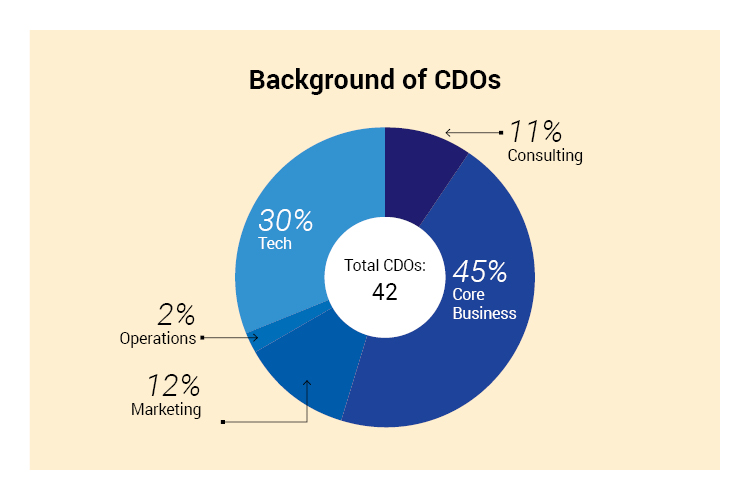 Tatas did just the opposite. Titan, its group company, was one of the first companies to appoint a CDO. Today, five Tata companies have designated CDOs. Two years back, it also appointed a CDO for Tata Sons, Aarthi Subramanyan, with group digitalization mandate. Tata CDOs come from various background—business, consulting and tech.

For Vedanta/Sterlite, which is far more focused on core sector, unlike Tatas and Mahindras, a large part of digital transformation exercise was about modernizing operational technologies. Most of the CDOs of the group came with a core business background or tech background with experience in similar industries. But most of those CDOs have left the group in past 18 months.

The Season of Reshuffle

The Vedanta Group companies’ CDOs are not the only ones to have relinquished their CDO charges last year. More than a dozen CDOs left through 2018. Of course, it includes Vedanta Resources CDO Amitabh Mishra, Sterlite Power CDO Boomi Balasubramanian and Ashish Ranjan, CDO of Sesa Goa. To Ashish goes the distinction of being the first CDO to make a lateral movement; he joined as the CDO of National Engineering Industries (NBC Bearings), a CK Birla Group company. 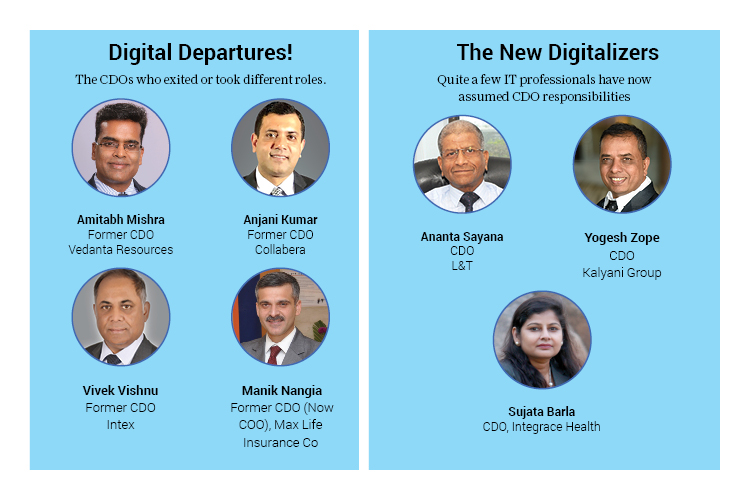 But a large majority of the CDOs went back to their respective functional roles. Amitabh Mishra, former CDO of Vedanta Resources (Sterlite Copper) and Anjani Kumar, former CDO of Collabera, both techies took up CTO and CIO roles. Rajnish Sinha, CDO of Bajaj Electricals took over as CIO of the company—though he still retains the CDO role—after the retirement of long-time CIO of the company, Pratap Gharge.

A few got elevated to senior positions within their companies. Manik Nangia, former CDO of Max Life Insurance became the COO of the company while Rino Raj, CDO of Tat Chemicals became a divisional COO in the company.

A few switched to the IT industry. Notable ones include Bhupesh Arya, former CDO of DHFL Pramerica, who joined a digital transformation firm in Australia while Rajesh Varrier, former CDO of Birla Sun Life is now leading the Microsoft and Digital Experience business at Infosys.

The movements show that most of them have gone to better positions, maybe leveraging their learning as a CDO.

The CDO position, in any case, was supposed to be a transitionary, temporary role. But it is difficult to believe that the companies that these CDOs steered towards a digital future have crossed the logical first stage. The departures, hence, were disruptors in the digital journey.

The fact that most companies have not appointed new CDOs—honorable exceptions are DHFL Pramerica and Edelweiss Finance—also indicate probably the companies have found the role to be redundant.

On the other hand, there is a greater number of people today handling enterprise IT and CDO roles together, either carrying designation of only CDO or CDO & CIO/CTO. The list included L&T veteran Ananta Sayana, Yogesh Zope of Kalyani Group, Nitin Agarwal of Edelweiss, and new generation leader Sujata Barla of Integrace Health. Similarly, Tata Communications has done away with CIO post after retirement of Rupinder Goel. CR Srinivasan, as CDO, looks after entire technology function.

Among the big names who have bitten the CDO appointment bullet are State Bank of India, National Payment Corporation of India and Hathway Cables.

It may be noted that from the new batch of CDOs, most come from tech background. While core business people still manage most of the CDO roles, techies are catching up. Marketing departments are not a favored hunting ground for CDOs anymore. 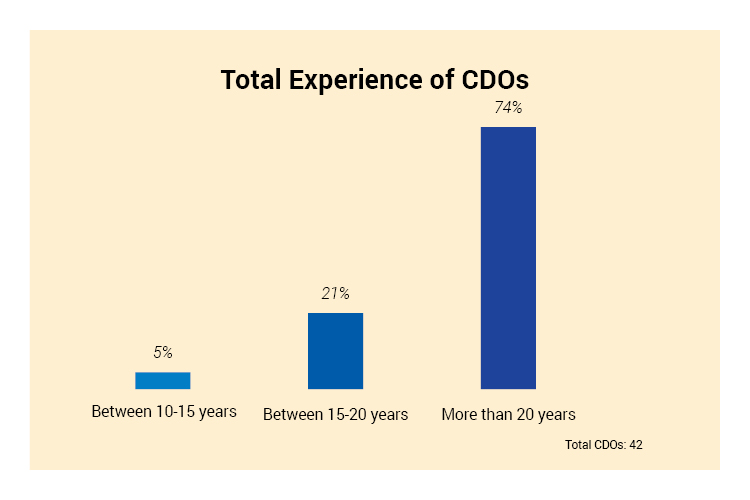 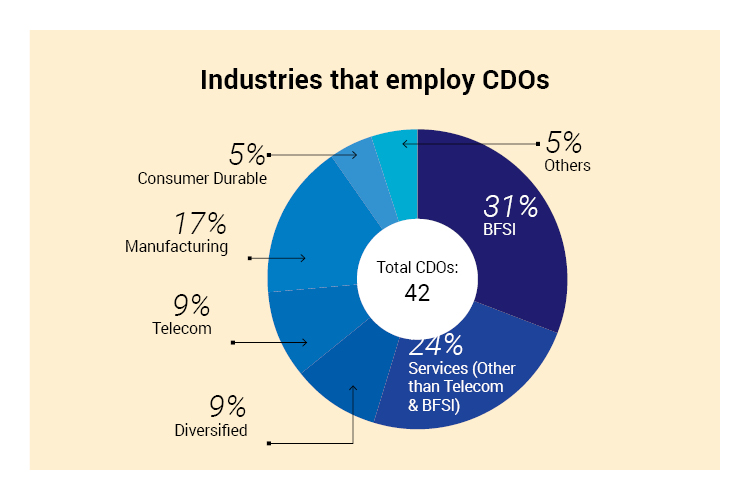 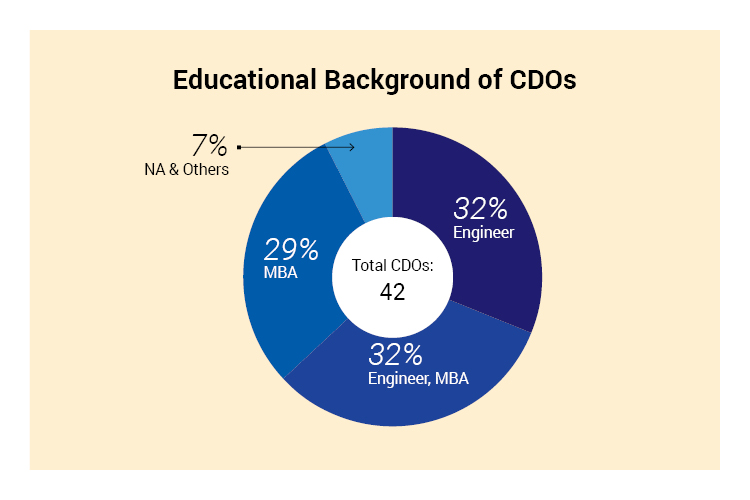 Interestingly, two of the former CDOs—Jaspreet Bindra and Vivek Vishnu—have turned authors too. While Vishnu’s book is out, Bindra’s is to be released soon.

A few trends become clear. They are:

But one thing is clear. CDO is not going to be a mainstream corporate position anytime soon—even as digital transformation is pursued in right earnest by at least one in three large companies. So, the responsibilities and skills are not going anywhere though the designation may not be as hot as it was a couple of years back.

Read the CIO&Leader May 2019 Magazine