Cloud IT infrastructure revenues continue to grow despite slow down in spending in 2019: IDC

Vendor revenue from sales of IT infrastructure products (server, enterprise storage, and Ethernet switch) for cloud environments, including public and private cloud, grew 11.4% year over year in the first quarter of 2019 (1Q19), reaching USD 14.5 billion 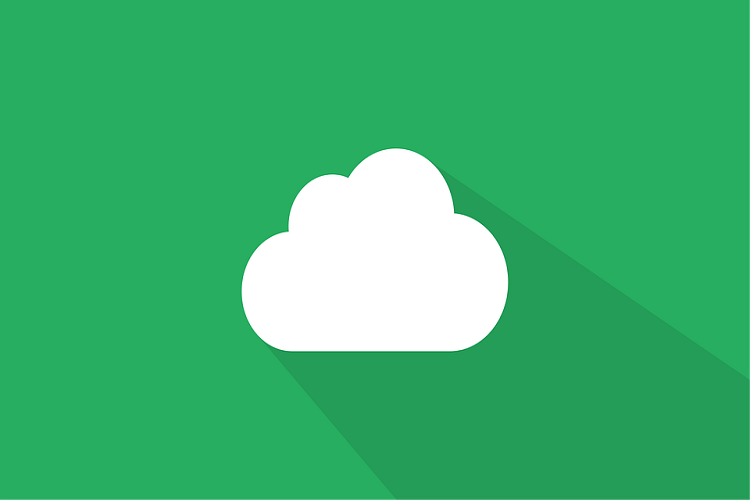 Vendor revenue from sales of IT infrastructure products (server, enterprise storage, and Ethernet switch) for cloud environments, including public and private cloud, grew 11.4% year over year in the first quarter of 2019 (1Q19), reaching USD 14.5 billion, according to IDC Worldwide Quarterly Cloud IT Infrastructure Tracker. IDC also lowered its forecast for total spending on cloud IT infrastructure in 2019 to USD 66.9 billion – down 4.5% from last quarter's forecast – with slower year-over-year growth of 1.6%.

"As the overall IT infrastructure goes through a period of slowdown after an outstanding 2018, the important trends might look somewhat distorted in the short term," said Natalya Yezhkova, research vice president, Infrastructure Systems, Platforms and Technologies at IDC. "IDC's long-term expectations strongly back continuous growth of cloud IT infrastructure environments. With vendors and service providers finding new ways of delivering cloud services, including from IT infrastructure deployed at customer premises, end users have fewer obstacles and pain points in adopting cloud/services-based IT."

Most regions grew their cloud IT Infrastructure revenues in 1Q19. Middle East & Africa was fastest growing at 35.3% year over year, followed by Western Europe at 25.4% year-over-year growth. Other growing regions 1Q19 included Central & Eastern Europe (18.3%), Canada and Japan (both at 14.6%), the United States (10.7%), and China (5.4%). Cloud IT Infrastructure revenues were down slightly year over year in Asia/Pacific (excluding Japan) (APeJ) by 1.2% and in Latin America by 0.2%. 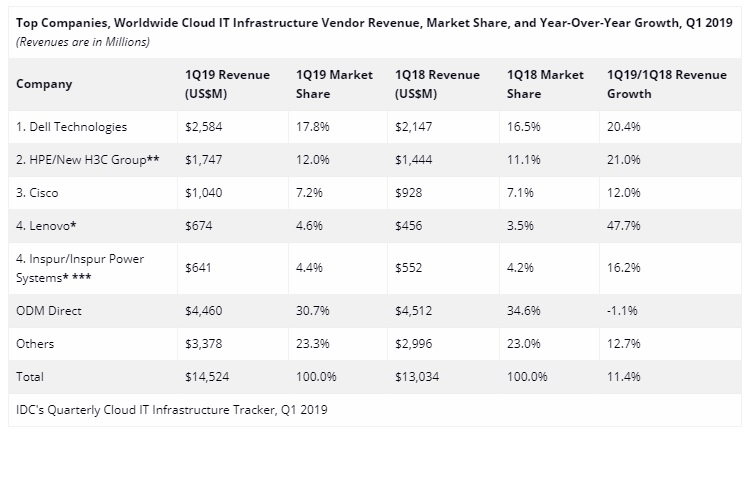 * IDC declares a statistical tie in the worldwide cloud IT infrastructure market when there is a difference of one percent or less in the vendor revenue shares among two or more vendors.

** Due to the existing joint venture between HPE and the New H3C Group, IDC reports external market share on a global level for HPE as "HPE/New H3C Group" starting from Q2 2016 and going forward. 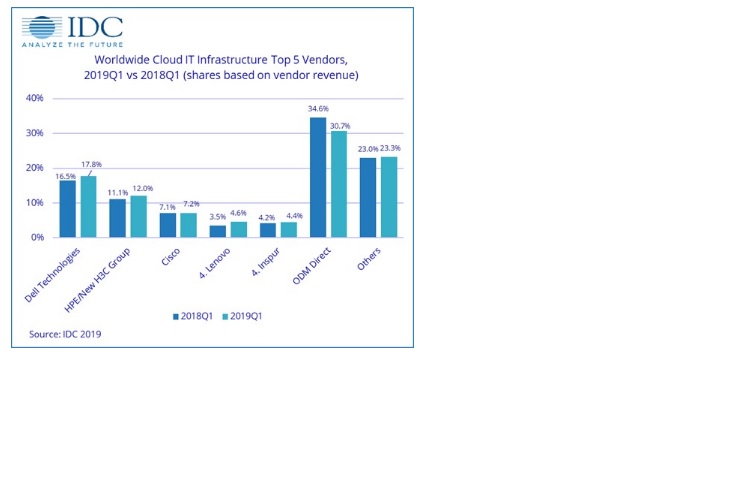 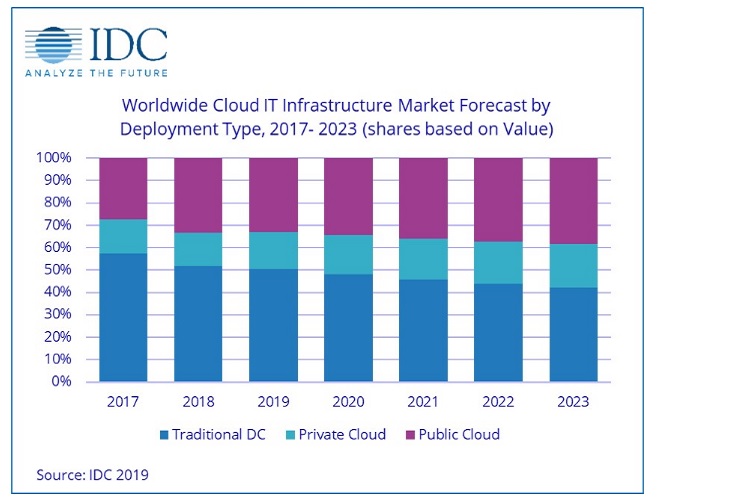